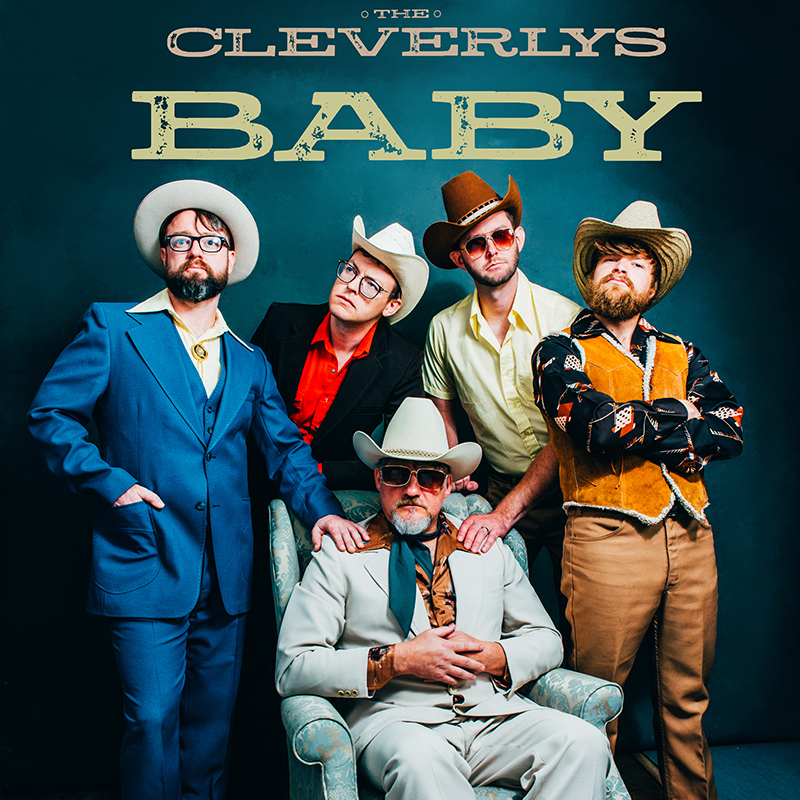 From a remote thicket of Stone County, Arkansas, to national festival stages, The Cleverlys have returned! Now the band has teamed up with Mountain Home Music Company to bring their first single in over two years, “Baby.”

Well-known for a fun fusion of contemporary pop and traditional Bluegrass, The Cleverlys do not disappoint with their rendition of a tune made popular by one of the purveyors of classic American music, Justin Bieber.

Lead singer and guitar virtuoso Digger Cleverly, the bands patriarch says, “Large amount of anticipation on Cleverly Mountain amidst the release of ‘Baby,’ our first single with Mountain Home Music Company.
We haven’t had this much excitement up here since Cub became the first
recipient of a pig bicuspid transplant. You can’t even tell he has a pig
tooth until he sings in his falsetto.”

With additional songs to follow throughout the summer and fall, Digger goes onto say, “We are proud of this first single. It’s as grass as Axonopus and as American as the original artist, Justin Bieber.
It showcases the groups personality and our love for Bluegrass music.
The group is hitting on all 9 cylinders and we are pumped about our best
collection of tunes yet. Hope you enjoy! There is more to come.”

Listen to “Baby” HERE and follow The Cleverlys on Spotify or wherever you stream.

The Cleverlys are a one-of-a-kind comedy/music blend coming from
the remote part of the Ozark Mountains, near Cane Spur, Arkansas. Digger
Cleverly, along with his nephews Ricky Lloyd, Sock, DVD and Cub, make
up The Cleverlys. They have traveled the globe, if the globe
only consisted of the United States, performing at music venues and some
of the nation’s largest festivals like Stagecoach, Telluride, CMA Music
Fest and even the Grand Ole Opry. The New York Times wrote, “If Earl
Scruggs, Dolly Parton, and Spinal Tap spawned a litter of puppies, it
would be the Cleverlys.” Don’t be fooled by this faux-family band – they
are all accomplished musicians putting their unique bluegrass spin on
cover songs from any genre. The Cleverlys’ set list includes genius
arrangements of tunes like Psy’s “Gangnam Style,” a medley of
Blackstreet’s “No Diggity,” and Flo Rida’s “Low” that recently went
viral on Facebook, with over 11 million views from a local TV
appearance. Rolling Stone Magazine says Digger’s “out-of-date eyeglasses
are as thick as his hillbilly accent, but whose comic sensibilities are
a hilariously off-kilter hybrid of Homer & Jethro and The Office.”