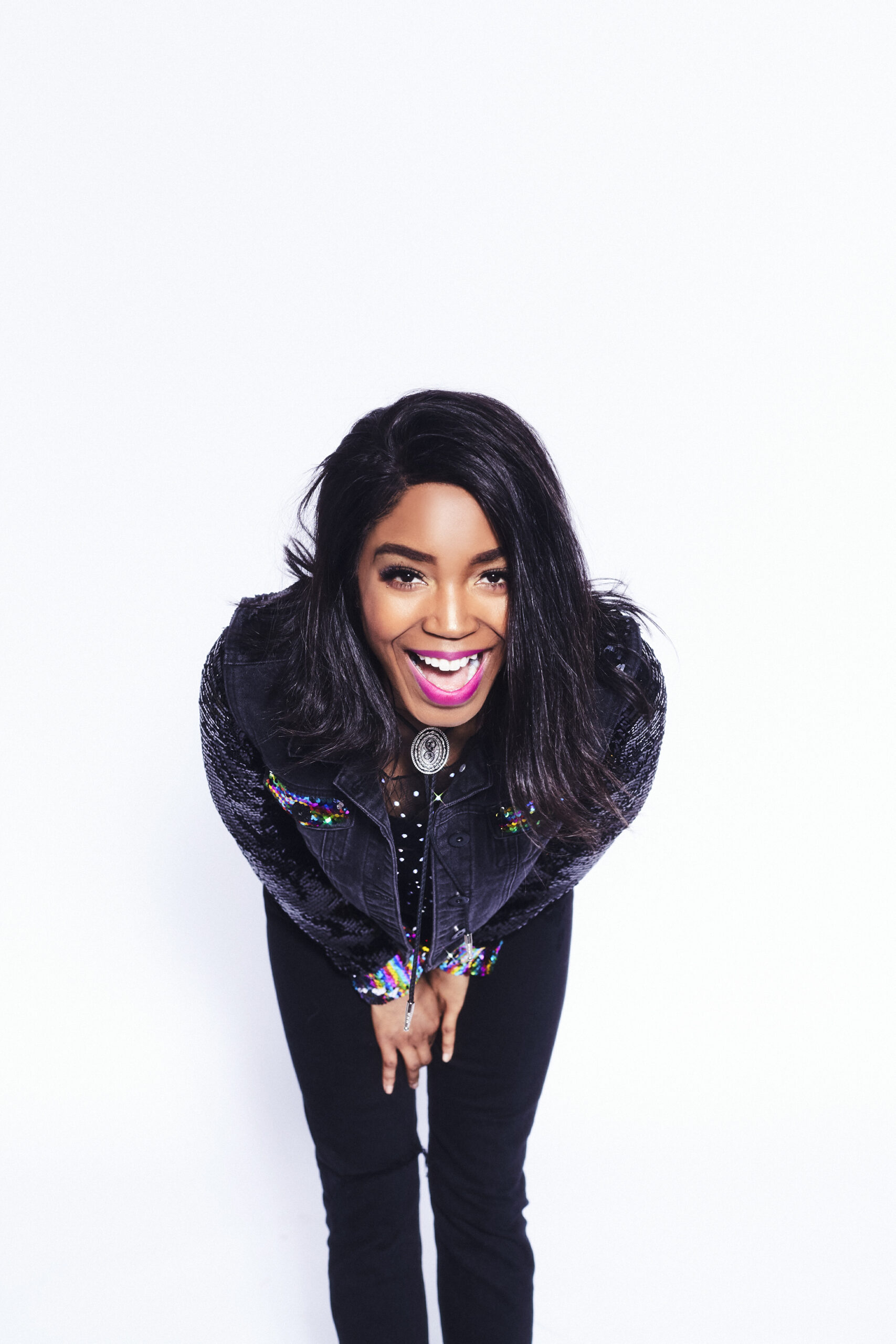 Sacha has got the unfailingly positive outlook on life and better experiences after fall downs. She grew up in the tiny village of Warkworth, Ontario. With the rolling, rural hills of Ontario as a backdrop, and a family of musicians who ensured that music was a part of everyday life during home rehearsals, backyard bonfire parties, and gigs at the local Legion Hall, Sacha says: “Music contributed to my life in so many ways, it’s no wonder I chose it as a career.”

Since the independent EP The Best Thing in July 2020, Sacha has been featured as iHeart Radio’s ‘Future Star’, racked up adds on every Pure Country Radio Station in Canada, and on the highly influential, US-based Radio Disney with her latest single, ‘Standards’. Additionally, ‘Standards’ charted both the Top 50 Canadian Country Billboard and Top 40 Mediabase Canadian Country charts and boasts over 400,000 Spotify plays.

Todorova: Please tell us about the single most played by radio (influences, etc).
Sacha: “Standards” has been the most played single off of my EP. I won the IHeart Radio Future Star where my song hit all the Pure Country radio stations across Canada, which then led to more stations adding Standards to rotation. The single has achieved my first top 40 on the charts, and first top 50 on the Canadian Country Billboard Charts.
Todorova: What was your big break that got you into the music business?

Sacha: I won a competition in 2016 called “The Next Country Music Star” which opened up to door to me in the country music community. That experience kinda broke the ice for me to authenticate myself as a Country Artist.

Todorova: Who inspires you musically and how deep do your musical roots run?

Sacha: I grew up in a musical household where my parents played in a band, where many instruments were made available in the home and I had the experience of watching the band rehearse in our home. I was always fascinated by the lead guitarist who’s eyes would roll to the back of his head every time he ripped a solo lol. I started on piano as a child, and picked up guitar on a more serious note many years later. I’ve had many inspirations musically coming from a home where I was exposed to a variety of music. Patsy Cline was a voice I can remember that captivated me on the other end of the speaker. My mother played her record on repeat. Shania Twain of course was an inspiration, but it wasn’t until Taylor Swift came on the scene with “Love Story” where I saw something in her that lit a fire in me to get on my guitar, start writing songs and playing shows.

Todorova: Before you became a star, were your friends and family supportive or was it a struggle?

Sacha: My friends and family have always been supportive because they know it’s in my blood. Music is a part of my genetic make up, my DNA.

Todorova: As an artist, you so many tasks such as recording, touring, interviews. What do you like best, what’s your favorite activity?

Sacha: I come alive when I hit the stage. There is nothing like the energy of connecting with people through music. Everytime I get on stage, I feel a sense of belonging and that this is where I am meant to be. The stage is my home, the audience my family.

Todorova: What is your current CD and how’s it doing?

Todorova: What is the difference between your last CD and your current one?

Sacha: My last EP was many moons ago and it was actually directed towards a younger demographic, as I had a school tour going for a couple years. Each song was tailored to deliver a specific message whether it be anti-bullying, self acceptance, and pursuing your dreams. My current EP still has an inspirational tone, whether it be taking a chance and falling in love, having a good time, a date on a tailgate you name it lol.

Todorova: Do you write the songs yourself and if not how do you come about finding the lyrics and melodies?

Sacha: I do write songs and there hasn’t really been a formula for it. A song gets downloaded to me in many different forms such as just strumming on my guitar and singing a melody with a few inaudible words that somehow manifest into a hook and so on and so forth. At times I could be taking my dog out for a walk, or for his night time relief and I look up at the stars and the moon and I’ll get a line or a sentence. I could be doing the dishes or taking a shower and just get hit with ideas, melodies and lyrics. Someone can say something and boom, it’s a song lol.

Todorova: When did you first and last perform on stage with fans and audience?

Sacha: My last show with a live audience was at a drive in show as an opening act for Dean Brody which took place last fall in Toronto and Ottawa.

Todorova: Describe a perfect day for you?

Sacha: A perfect day for me would be waking up and hitting the road to play a show, sing my heart out, seei new faces in new places, head back to a tour bus, and prepare to do it all over again day after day.