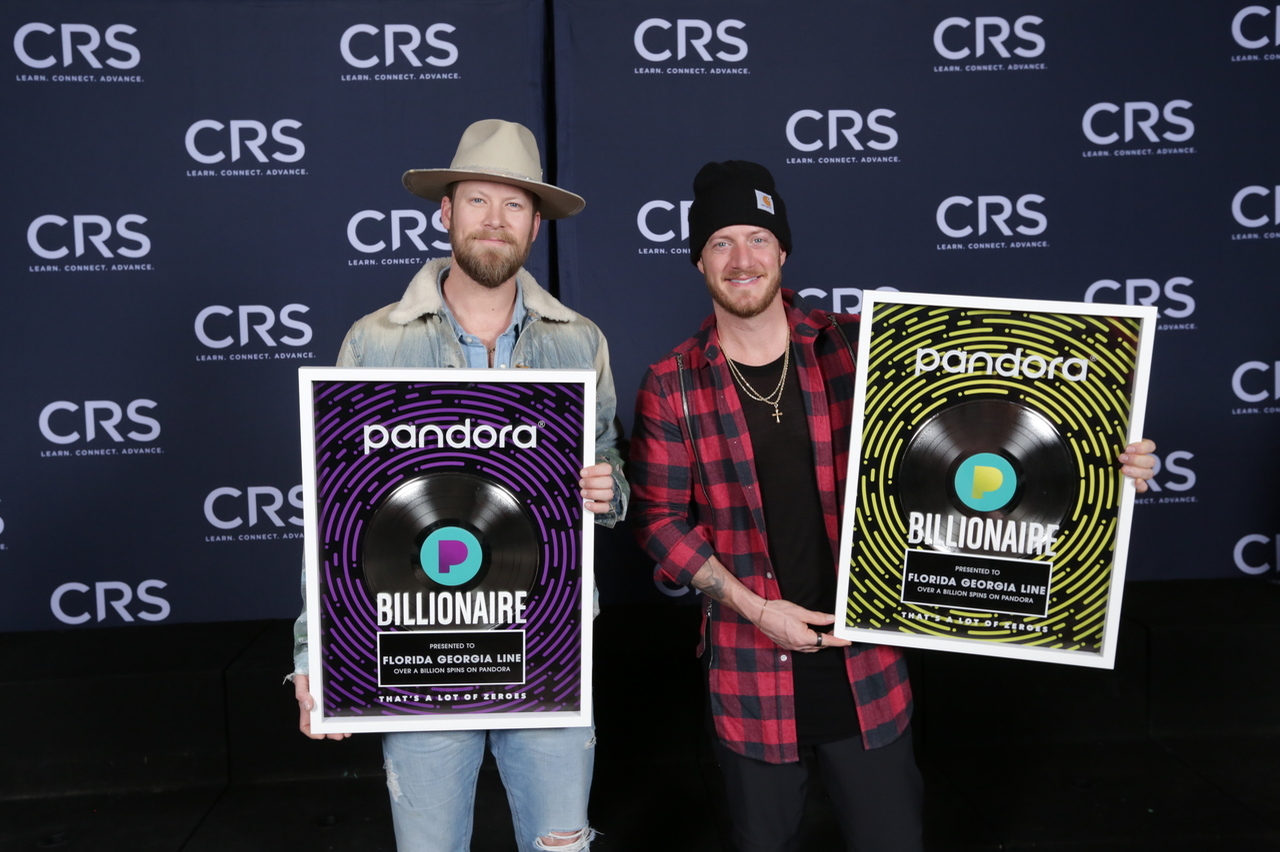 FGL was all smiles during the plaque presentation. Tyler Hubbard
exclaimed, “Now that is a lot of zeroes!” as Brian Kelley laughed and
added, “Wow. We are constantly blown away by the support from our fans
and are grateful to Pandora for sharing our music around the world. This
honor inspires us even more and we can’t wait for you to hear what’s
coming next!”

FGL was first played, even before they were signed to a label deal, in
2012 on SiriusXM’s The Highway channel as a “Highway Find.” “It’s
exciting to acknowledge these great Pandora achievements for the duo,”
said Scott Greenstein, President and Chief Content Officer, SiriusXM.
“We were confirmed believers years ago when we played them as an
unsigned act, and now we look forward to more great music to come for
Pandora listeners and SiriusXM subscribers.”

Known to serve genre-smashing collaborations, the global entertainers
released “Yummy (Country Remix)” with Justin Bieber just last week. More
fresh music will continue to hit this year. FGL is also returning to
the road for a stadium takeover beginning this April, as part of  KENNY
CHESNEY’s CHILLAXIFICATION 2020 Tour. Click here for a full list of tour dates and ticket details.

Pandora, a subsidiary of SiriusXM, is the largest ad-supported audio
entertainment streaming service in the U.S.  Pandora provides consumers a
uniquely-personalized music and podcast listening experience with its
proprietary Music Genome Project® and Podcast Genome Project®
technology.  Pandora is also the leading digital audio advertising
platform in the U.S. Through its own Pandora service, its AdsWizz
platform, and third party services, such as SoundCloud, the Company
connects brands to the largest ad-supported streaming audio marketplace
in the country. Pandora is available through its mobile app, the web,
and integrations with more than 2,000 connected products.