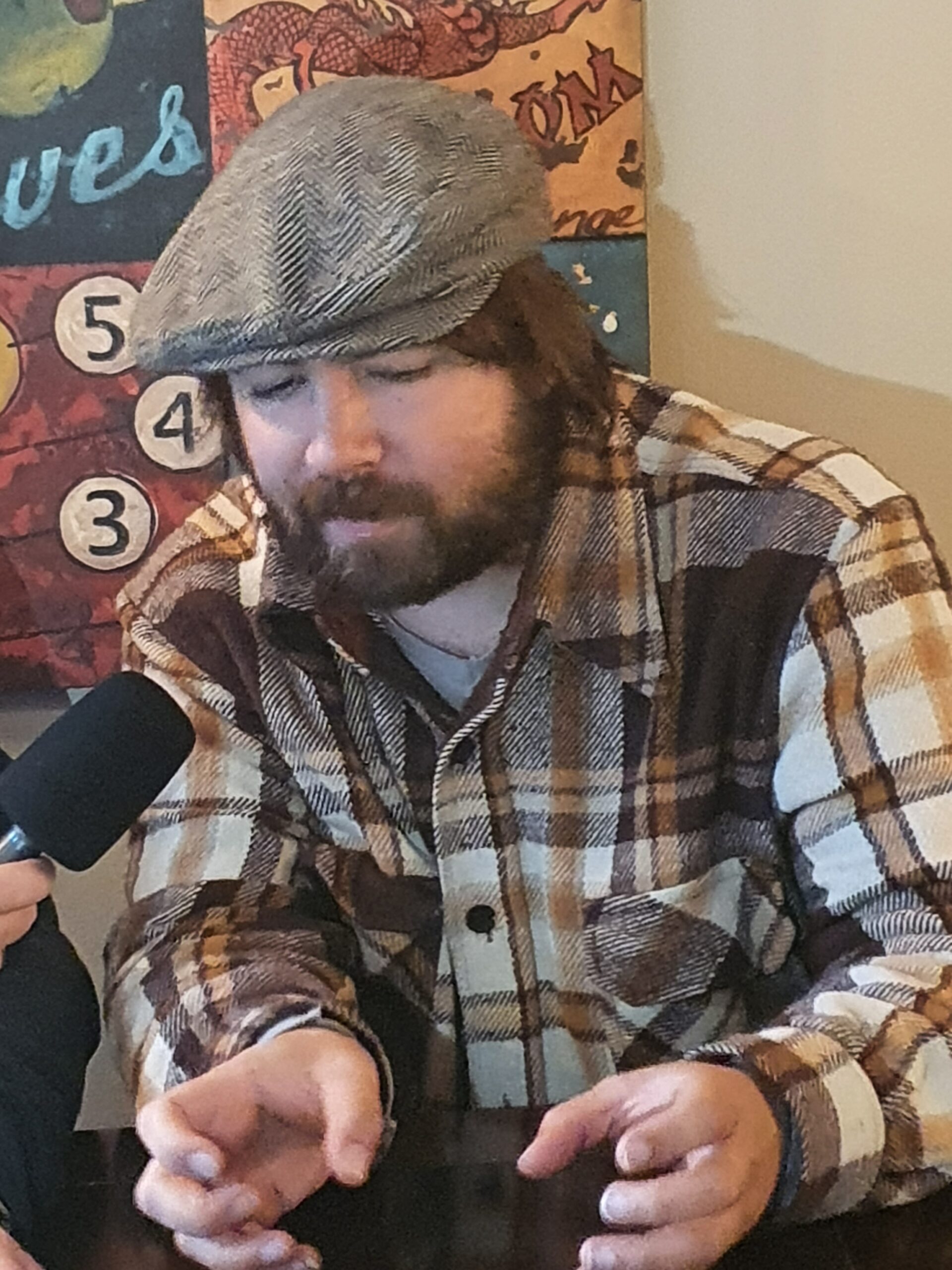 Nathan Kalish has spent the past decade averaging 200 shows a year at bars and honky-tonks across the country. It’s from this experience he cultivated his new collection of story songs for his 10th album, the self-produced Songs for Nobody. His sound has been described as a “unique brew of Americana, rockabilly and outlaw country.” Through his cutting and intimate lyrics, he transports listeners from the passenger seat of his touring van to behind a magnifying glass aimed at the darker side of American culture. It’s not only his experiences that he shares, but the experiences of the people that he has met along the way.

The music he’s released has landed him on stages with Lucinda Williams, Molly Tuttle, and Lucero. He’s earned accolades from Rolling Stone Country, Saving Country Music and dozens of alt-weeklies. Kalish has lived the life of a curious wanderer, taking his music from town to town, creating a catalog of songs that act as colorful snapshots, like polaroids in a photo album. His music has been compared to American icons like Merle Haggard, John Prine, Gram Parsons, and the Sun Records’ rockabilly roster, circa 1956.

Kalish’s new LP Songs for Nobody was recorded at Nashville’s Trace Horse Studio and provides an auditory evolution of that engaging, mysterious psych-folk sound. Finding inspiration from acts like Darrell Scott and Daniel Romano, Kalish brings a gritty moodiness to his expertly-blended traditional country elements. By recruiting incredible locally-based talent that includes acclaimed guitarist Laur Joamets (Sturgill Simpson, Drivin N Cryin) and pedal steel aficionado Adam Kurtz (Great Peacock, American Aquarium), Kalish tapped into the magic of Nashville’s tightly-knit creative community to bring his vision to life. The result of this collaboration is an LP filled with heart-wrenchingly honest and reflective songs that leave a lasting mark on anyone who listens.

The haunting yet comedic title track, “Songs for Nobody,” shows the mental and emotional strain life on the road can bring. From the tedium of long hauls across the country to the stale smell of gas stop cuisine, the moments that precede and follow nightly sets in strange cities provide their own unique set of challenges and stressors. Note by note, Kalish examines what the cost of those fleeting moments on stage can bring.

Even with its unexpected curves and bumps, Nathan Kalish’s committed relationship with the road is one that still has many more miles to go. With a busy 2020 planned, Songs for Nobody will mark an important chapter in Kalish’s creative journey, which is only just beginning