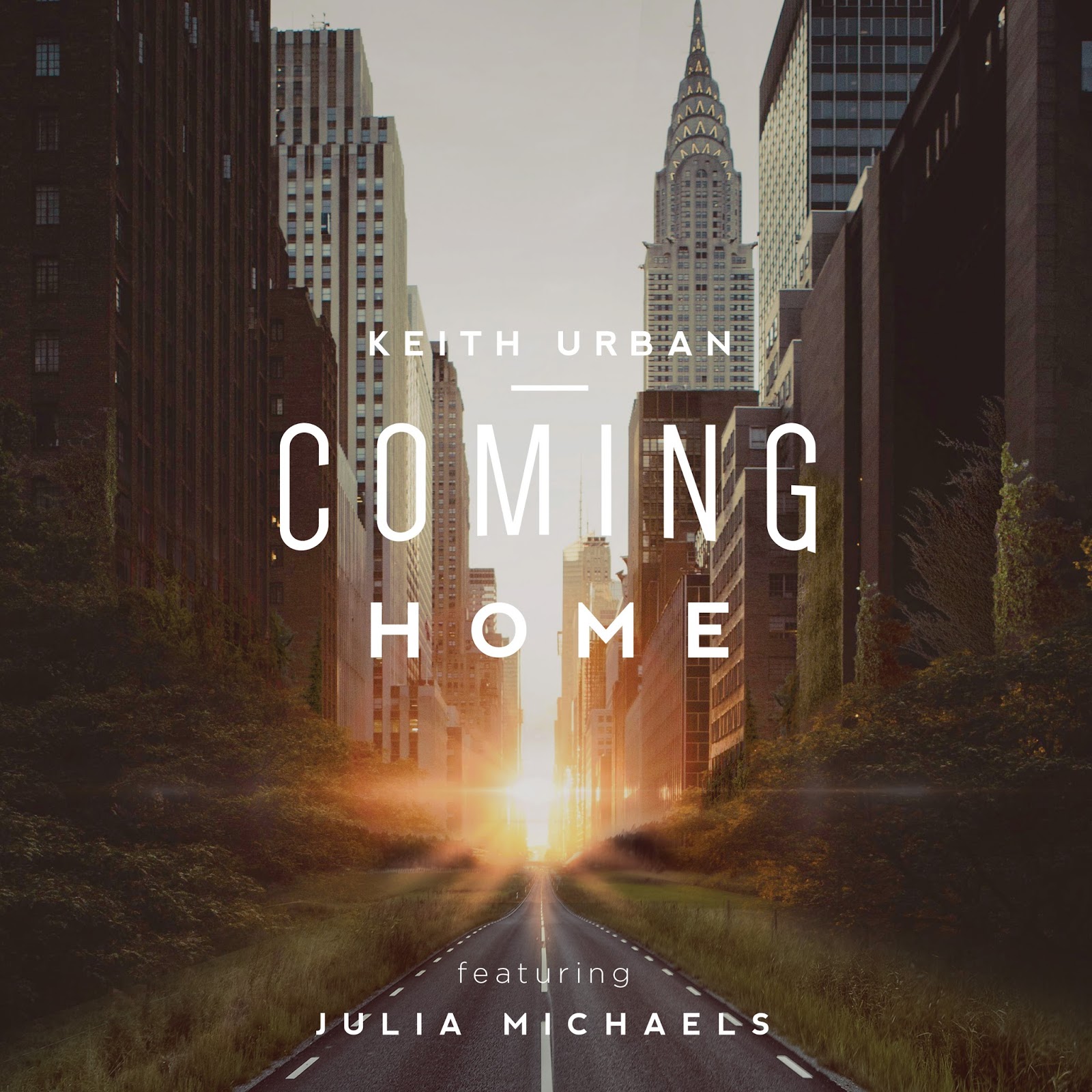 Today
marks the release of a brand-new track, “Coming Home,” from Keith Urban’s forthcoming,
highly anticipated album GRAFFITI U.
“Coming Home” builds upon a musical exploration that was apparent on
both his previous #1 albums FUSE and RIPCORD.  In fact, “Coming Home” not only features the
Grammy nominated, multi-platinum artist Julia Michaels, but credits Merle
Haggard as a co-writer.

As Urban explains, “Coming Home” started
with an idea I had of using the intro of one of my favorite Haggard songs “Mama
Tried” – to build an entirely new song around it.  Then, I took the idea
to J.R. Rotem and he put some chords around it. I jotted down the first words
that the music made me feel, jumped on a mic and sang the chorus.”

“Hearing that rolling Haggard guitar
lick sparked memories of my childhood – and my dream to come to America.”
added Urban.  “I knew right then the story (of the song) was about the
struggles of being in a city where your dreams have brought you, but far from
your home –  wherever, whomever and whatever that is for each of us.”

Of Julia Michaels Urban said,
“Julia’s writing contribution extended into the idea of the need to want to
physically be home. She summed up the whole story in one sentence.
“Yeah, I know it’s only one call away, but it’s not the same.”  For
me, that simple phrase said so much, especially when she sang it!

Added Urban, “I called Theresa
Haggard and Ben Haggard to play them what we’d been working on.  It was
important to me to have their blessing- and I’m so grateful that they love the
song.”

“Coming Home” was written by Urban, J.R.
Rotem, Julia Michaels, Merle Haggard and Nicolle Galyon and was co-produced by
Rotem and Urban.