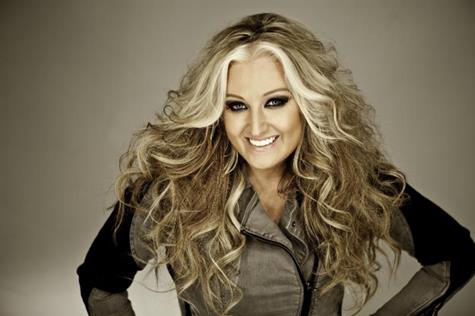 NASHVILLE,
Tenn. (August 25, 2015) — Hailed by One Stop Country as “the greatest
voice since Martina McBride,” Erica Nicole has mobilized fans as well as
critics to help her set a new chart record.  With the release of “I’m
Making Mine,” the title cut from her upcoming album, the dynamic young
star-in-the-making becomes the first female on an independent label to release three consecutive Top 20 singles onto the MusicRow CountryBreakout™ Chart, following “I Listen To My Bad Girl” and “It’s Comin’ Down.”

This
achievement brings truth to a maxim that Erica Nicole came up with as a
guide to her approach to both her life and career: “Don’t just dream
it. Believe it, live and make history.”  Yet this Georgia native also
humbly shares the credit for her success, not just with producer Kent
Wells (Dolly, Reba), who helmed all three singles, but also with her
entire crew.  “I feel so blessed to have the people behind me that I
do,” she says.  “Every day, our team gives it 110 percent.  That’s
something I’m very proud of.”
Raised
on the music of Patsy Cline, Willie Nelson, Reba McEntire and other
country music legends, Erica Nicole moved to Nashville with a dream to
follow in their footsteps.  She is already well on her way, having won Best Female Country Artist of the Year
honors from NIMA (Nashville Music Industry Awards) in 2014.  At this
year’s NIMA event, scheduled for Aug. 29, she is nominated for Artist of the Year, Best Country Solo Artist Female, Best Live Country Performer and Song of the Year (for
“I’m Making Mine”).  In June she made her first appearance onstage at
CMA Music Festival.  Her recent performances include headline dates in
Georgia, Iowa, Kentucky, Michigan, New York, North Carolina, Wisconsin
and elsewhere.  In September, she heads back to New York for more
concert engagements.
ABOUT ERICA NICOLE
Inspired
by classic country music icons George Strait, Dolly Parton and Patsy
Cline, Erica Nicole channels the magnetism of a more unusual musical
influence – Tina Turner – during her high-energy, no-holds-barred live
shows.  She’s opened for superstars Eric Church, Miranda Lambert and
Brad Paisley, headlined her own shows and sung the National Anthem at
Fenway Park (Boston Red Sox), CitiField (NY Mets) and various basketball
arenas.  The 2014 winner of the Nashville Industry Music Awards for Best Female Country Artist of the Year is
an avid animal lover and supporter of the charity Educated Canines
Assisting With Disabilities (ECAD).  Her passions include college
football, comfortable clothes and Hershey’s Kisses.