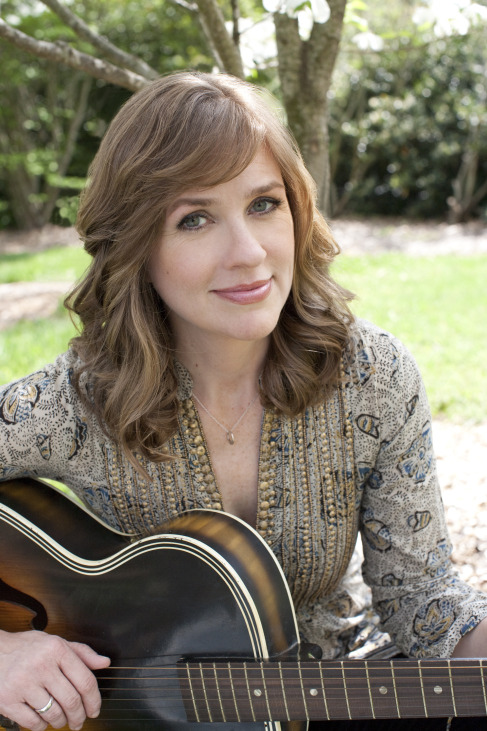 Lamitschka:  Music has many new
fans throughout Europe who may be hearing about you for the first time.
How would you describe yourself and the music you play to someone who
has never seen or heard you?

Answer: I am a singer/songwriter
in the business for about 20 years now. My first tour in the Netherlands
was in 2002, I believe. Since then I’ve returned to play in the
Netherlands over a dozen times. However, audiences
change, and I took a several-year break from playing music, so most
will not know me. My music has varied in genre through the years –
classic country, Americana, folk, full band, solo – but my style usually
includes modern lyrics with traditional musical
sounds. This new album, Verses, is once again different, as the words
are not my own, and they are by no means modern…

Answer: My latest CD is called Verses.
The first song is a Robert Herrick poem called ‘What Sweeter Music”,
which I arranged, and the remaining are all meditations on Old and New
Testament verses. Initially, I wanted
to write an album of songs on the Trump era, but realized that before
that happened I needed a grounding in some wisdom beyond my own when
dealing with the anger and despair I felt. The North American version of
the album has 22 songs; this one has about half
of that, plus two new songs.

Answer: Every morning for months I
sat on the floor in my writing room, picked psalms and gospel verses,
and then compared the texts with about eight different Bible
translations. I initially wrote 50 or so. Some of my
lyrical arrangements rely on multiple translations, and one can learn
what translations I used by reading the booklet accompanying my North
American album.  I found the verses themselves in multiple ways. But
after I had written a final arrangement, more than
once, those verses somehow affirmed themselves by surfacing in some
different way in my life. One particular time I went to New York City
and played my arrangement of Psalm 30 at 5th Avenue Presbyterian Church.
The night before, we went to see the play
To Kill A Mockingbird on Broadway. The play actually ended with
Atticus Finch quoting Psalm 30: “weeping may last for the night, but joy
cometh in the morning.” As for my word-by-word rhyme scheme, I played
the verses like puzzles. Most of the psalms
are indeed songs, but even then I had fun turning and shifting while
making up the melodies.

Answer: I recorded my last CD for adults, entitled
Camilla, in 2012. On Camilla I went ALL OUT. It is a full-band
sound, Mary Chapin Carpenter sings on the album, and many friends from
my days with the 2011 Cecil Sharp Project in England played and sang
with me, too. Perhaps I worked harder on this album
than any of my other six previous. Much of this album was quite
political, focusing on particular individuals from the Civil Rights
Movement of the American South, mountaintop removal mining in
Appalachia, and my pilgrimage to Washington DC with my
then-four-year-old
daughter to the Obama inauguration. In one song, I tell Southerners to
“let the traditions burn down.” Like most efforts of all recording
artists, this album did not get the traction I wanted it to get. Soon
after, somehow, it seemed as if most musical doors
were closing for me, from musical collaborations and friendships to
legal issues. I found myself really tired. AT that point my family went
to Germany for six months for my husband’s teaching, and took intensive
German there, and returned to the US ready for
a change. I returned to graduate school and got a master’s certificate
in Applied Linguistics, and started teaching ESL and Civics to women who
were refugees in Georgia where I live. I can say sincerely that this
experience has changed my life, so much for
the better. The music business, at least for me, was a study in
narcissism. I needed out of that cesspool. Others handle it beautifully,
but I lost sight of myself and needed to focus on the needs of others.
After teaching for five years, I have now stopped
and am working on writing again. For the first time in many years I am
excited about performing again. And I needed to put out this simple
album, Verses, in order to get myself in the right headspace to begin
again. Singing and songwriting is a gift, life
is a gift. My husband and children are a gift. I don’t deserve any of
it but am grateful for it. My favorite recording is of Psalm 131. I love
how it ended up, and I like the sentiment, especially in the face of
the Trump era, one which is so full of such
heinousness. “My heart is not proud, my eyes are not lifted high. I
have stilled my soul and calmed my heart. Like a weaned child with its
mama, so is my soul.” We have absolutely got to get centered and out of
our egomania in order to deal with what is happening
right now in our world. There is no way I can get back into the music
business unless I pretty much stamp this on my forehead. Perhaps I
should get a tattoo.

Answer: If it is ‘What Sweeter
Music,” then I am thrilled. Bert Pijpers of CRS has always supported me,
even with this unusual album of mine, and adding this song to the
European recording was my thank-you gift to him.

Answer: no clue. All the songs I am writing right now SUCK.

Answer: Songs with lots of drums.

Answer: already answered, psalm
131. I went to a retreat center called The Green Bough in central
Georgia, where I sat in silence a couple of days. One of the directors
there met with me for 30 minutes during that time.
At one point, she looked at me very intensely and said, ‘read 131.” I
did.

Answer: Perhaps too much control over this recording. It is so simple. Even simple recordings cost a very lot of money.

Answer: The people who have
listened to this recording are moved by it. People on their deathbeds,
new mothers with their babies, people struggling with cancer. People
experiencing the full range of experiences life offers
us get this album maybe even more than I do.

Answer: I will always draw from
the traditional music genres of the South – Mississippi Delta blues,
classic country, bluegrass, country gospel, black gospel. I don’t listen
to those genres so much anymore. Honestly I
like silence more than I used to.  I watched Aretha Franklin’s Amazing
Grace documentary on an international flight recently, and this has
always been one of my very favorite albums. Spike Lee somehow got the
footage from it and recently made a documentary
of it. Everybody: stop what you are doing and watch it. Just seeing
Aretha Franklin do what she did, along with the musical director and the
choir director, and the choir behind her – it is enough for us
Americans to try and wrest this country of ours away
from all the forces working to destroy it. This one album and
documentary, and Aretha Franklin’s performance, were good enough reasons
for the United States to be founded in the first place.  We have done
one thing right.

Answer: I will always love
authentic voices, un-altered voices. I will take flat or sharp over
electronic, always. I so wish we could go back to analog recordings. My
15 year old daughter asked for a Polaroid camera and
a turntable last Christmas. Maybe one day soon we will want real music
again.

Answer: I would stop all
streaming services and I would make Amazon in the USA sell all music
(and everything else) for the SAME price as all music stores and
bookstores. That would pretty much take care of all of the
problems, wouldn’t it?

Lamitschka:  As an artist, you so
many tasks such as recording, touring, interviews. What do you like
best, what’s your favorite activity?

Answer: Singing into that microphone.

Answer: I moved to Austin, TX for
graduate school in August 1999. I had just made my first EP and was
hoping to play music in Austin. I was SO scared. So, in my apartment,
between classes, I would work on songs. And I
started praying, “Dear God, please let me play out somewhere by
Halloween.” Well, September went by, then most of October. Then, on
October 29th, I got a call from Peter Rowan, whom I had met when running
a live-audience radio show in Oxford, MS, called Thacker
Mountain Radio. Peter asked me if I would play with him in the Texas
Hill Country on Halloween night. I did. When I got there, his voice was
so hoarse he could barely sing. So he had me sing some of my songs, with
his band, which soon became my backup band.
I won Best New Artist at the Austin Music awards two years later.

Answer: practicing on a regular basis.

Answer: I loved playing with Arlo
Guthrie at a festival in Tonder, Denmark in 2006. And I loved being on
Garrison Keillor’s A Prairie Home Companion in 2011. And I have loved
every single trip I have made to the Netherlands.
What a great country. I love it more than any other, perhaps because it
has loved me.