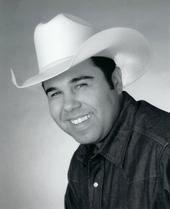 Bobby
Marquez will don an apron as he sings for his supper and serves dinner
guests to raise money for The Family Center for the Prevention of Child
Abuse and Neglect; and other projects of The Exchange Club of
Murfreesboro such as Americanism, Community Service and Youth
Activities.

The
evening begins with a reception at 6:00 PM and dinner at 7:00 PM. The
evening includes a silent auction, live auction, entertainment and
rubbing elbows with celebrities.

Bobby
Marquez is the 2018 Academy of Western Artists Pure Country Male
Vocalist and the recipient of the first-ever CMA of Texas Cowboy/Western
Artist Award. His original tune,
“The Cowboy Way,” was designated the theme song of the annual Gene Autry
Museum Festival in Oklahoma. Bobby Marquez was also nominated for a
R.O.P.E. award for Songwriter of the Year in 2017.

Bobby Marquez appears on television this year on The Penny Gilley Show and Country Fix.

His
self-titled album has been described in reviews as “the real-deal”
winning acclaim overseas as pick for an album of the year by the Country
Music People Magazine, going on to earn top-selling country album in
the U.K. and an award nomination in Australia at their annual country
awards event in Canberra.

Marquez
is a member of the Wheeling Jamboree. And Bobby Marquez proudly hosts
and organizes the annual St. Jude Benefit, Country With Heart.