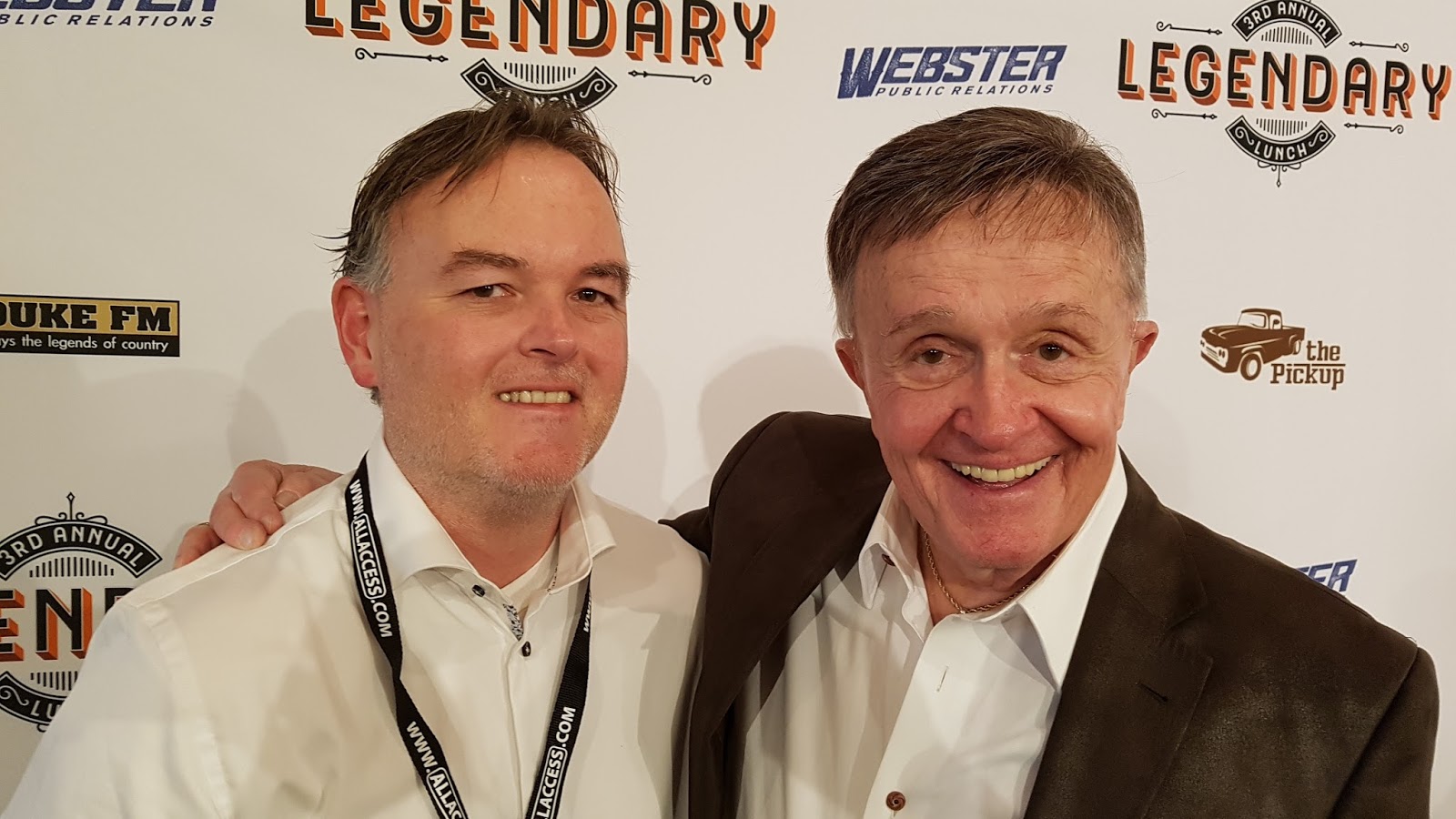 Bill Anderson has been using that philosophy for over sixty years to capture the attention of millions of country music fans around the world, en route to becoming a member of the Country Music Hall of Fame and one of the most popular, most enduring entertainers of our time.He’s known, in fact as “Whispering Bill,” a nickname hung on him years ago as a result of his breathy voice and his warm, soft approach to singing a country song. His credentials, however, shout his prominence: One of the most awarded songwriters in the history of country music, a million-selling recording artist many times over, television game show host, network soap opera star, author of four books, and a consummate onstage performer. His backup group, The Po’ Folks Band, has long been considered one of the finest instrumental and vocal groups in the business.

Bill Anderson was born in Columbia, South Carolina, but spent most of his growing-up years around Atlanta, Georgia. He graduated from the University of Georgia with a degree in journalism, having worked his way through college as a disc jockey on nearby radio stations. It was while he was still in school that he began performing and writing songs. At the age of nineteen, he composed the country classic, “City Lights,” and began rapidly carving his place in musical history.

He moved to Nashville, Tennessee, secured a recording contract with Decca Records, and began turning out hit after hit with songs like “Po’Folks,” “Mama Sang A Song,” “The Tips Of My Fingers,” “8X10,” and the unforgettable country and pop smash, “Still.” His compositions were recorded by such diverse musical talents as Ray Price, Porter Wagoner, James Brown, Debbie Reynolds, Ivory Joe Hunter, Kitty Wells, Faron Young, Lawrence Welk, Dean Martin, Jerry Lee Lewis, Aretha Franklin, Walter Brennan and many others.

An entertainer in every sense of the word, Bill Anderson was the first country artist to host a network game show, starring on ABC-TV’s, “The Better Sex.” He also appeared as himself for three years on ABC’s Daytime soap opera, “One Life To Live.”

For six years he hosted a country music game show on The Nashville Network called, “Fandango,” later an interview show called “Opry Backstage,” and somehow found time to be co-producer of another TNN Show called, “You Can Be A Star.” In addition, Bill has appeared frequently as a guest star on television’s top variety and game shows, including The Tonight Show, The Today Show, Match Game, Family Feud, Hee Haw and others. For seven years he hosted the acclaimed “Bill Anderson Visits With The Legends” show on XM satellite radio, and for 23-years headlined the Country’s Family Reunion series on RFD-TV.

Bill Anderson’s first autobiography, “Whisperin’ Bill,” was published in 1989 and made bestseller lists all across the south. Bill’s second book, a humorous look at the music business titled, “I Hope You’re Living As High On The Hog As The Pig You Turned Out To Be,” was published in 1993 and is currently in its twelfth printing. His most recent literary effort, published in the fall of 2016, is an updated autobiography written with noted Nashville journalist, Peter Cooper, titled “Whisperin’ Bill Anderson – An Unprecedented Life In Country Music.” It is available in both print and audio formats.

In the mid-nineties, after a ten-year self-imposed hiatus, Bill returned to his first love, songwriting, and for the second time in his life cut a wide path across the creative landscape. He co-wrote giant hits for Vince Gill (“Which Bridge To Cross – Which Bridge To Burn”), Steve Wariner (“Two Teardrops”), Mark Wills (“Wish You Were Here”), Joe Nichols (“I’ll Wait For You”), and Kenny Chesney (“A Lot Of Things Different”). He won Song Of The Year honors in both 2005 and 2007 for helping to write “Whiskey Lullaby” for Brad Paisley and Allison Krauss and “Give It Away” for George Strait. He also won a Dove award for co-writing the Country/Gospel Recorded Song of the Year, “Jonah, Job, and Moses” for the Oak Ridge Boys. He was awarded the CMA Vocal Event of the Year for, “Too Country,” which he co-wrote and recorded with Brad Paisley, George Jones, Buck Owens. Both “Give It Away” and “Two Teardrops” afforded Anderson Grammy nominations.

In 2002, Broadcast Music, Inc. named Anderson its first country music songwriting Icon, placing him alongside R&B legends Little Richard, Chuck Berry, Bo Diddley, and James Brown as the only recipients of that prestigious award at the time. In 2008, the Academy of Country Music honored him with their inaugural Poets Award. In 2018, he was voted membership in the all-genre Songwriters Hall Of Fame and became only the second recipient of the Kris Kristofferson Lifetime Achievement Award from the Nashville Songwriters’ Association. The initial award went to Willie Nelson in 2012. In 2021, his composition, “Once A Day,” was awarded a place in the Library Of Congress’ prestigious National Recording Registry, where his name now rests alongside such legendary composers as George Gershwin, Irving Berlin, Bob Dylan, and Hank Williams.

Bill Anderson continues to paint a broad stroke across the Nashville music scene. He has been a member of the Grand Ole Opry since 1961 and performs there regularly. He continues to write and to record, his latest release being vocal and instrumental versions of some of his best known songs, titled “Bill Anderson – The Hits Re-Imagined.”

On the personal side, Bill lives on Old Hickory Lake outside Nashville where he spends as much time as possible with his three children and eight grandchildren. He is a boater and sports enthusiast who has been known to adjust his work schedule to fit around a ball game he just “has to see.” He is an avid reader, his bookshelves lined with mysteries, biographies, books on religion, sports, and humor.