YOU AIN’T NEVER BEEN TO TEXAS,’ THE NEW ALBUM FROM JOHNNY LEE, AVAILABLE TODAY 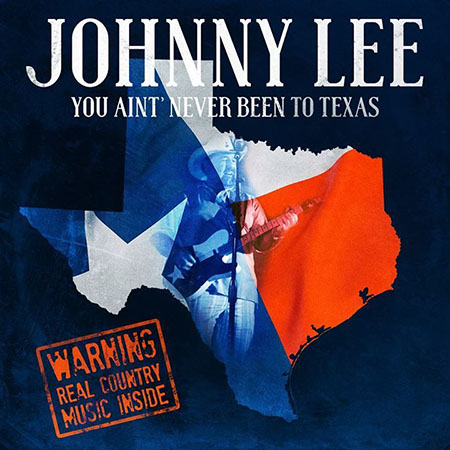 ‘YOU AIN’T NEVER BEEN TO TEXAS,’ THE NEW ALBUM FROM JOHNNY LEE, AVAILABLE TODAY

NASHVILLE, Tenn. (June 3, 2016) – You Ain’t Never Been To Texas, the highly-anticipated album from country legend Johnny Lee, is available now.
Lee, known for his dynamic stage presence and smash No. 1 crossover hit
“Lookin’ for Love,” blends traditional, organic country that purists
long for in You Ain’t Never Been To Texas, which landed an exclusive premiere of the title track on The Boot. The album is also featured in One Stop Country, Country Music Chat Live, Backstage Axxess, Journal Sentinel, The Pickup and many more.

“I’ve been holding on to some of these songs for years and wanted to wait until it was just the right time to release You Ain’t Never Been To Texas.
We’re on the road more than ever and I’m blessed because of that, so I
wanted to give the fans some new music that I really think they’ll
enjoy,” Lee said.

You Ain’t Never Been To Texas, distributed by Smith Music
Group, includes 12 tracks that showcase Lee’s honky-tonk country
storytelling with an edge, including the Bob Wills-penned “Deep Water”
and the smooth pedal-steeled “Never Been to Texas,” co-written by Roger
Springer, Tony Raymee and Jerry Lane. The record also includes 10 other
tracks that exemplify Lee’s baritone on cuts like the feisty “Bullets
First.”

Lee’s longtime fans are still transfixed when he belts out his smash
1980 hit “Lookin’ for Love,” which became a crossover hit, spending
three weeks at No. 1 on the Billboard Country Singles chart while also
appearing in the Top 5 on the Billboard Pop chart and Top 10 on
Billboard’s Adult Contemporary chart. In addition to “Lookin’ for Love,”
Lee had a string of hit No. 1 songs reach the top: “One in a Million,”
“Bet Your Heart on Me,” “The Yellow Rose” (a duet with Lane Brody and
the theme song to the NBC TV-series of the same name) and “You Could
Have Heard a Heartbreak.” Lee’s other major hits include “Pickin’ Up
Strangers,” “Prisoner of Hope,” “Cherokee Fiddle,” “Sounds Like Love,”
“Hey Bartender,” “Rollin’ Lonely,” and “Save the Last Chance.”

‘YOU AIN’T NEVER BEEN TO TEXAS’ TRACK LISTING: