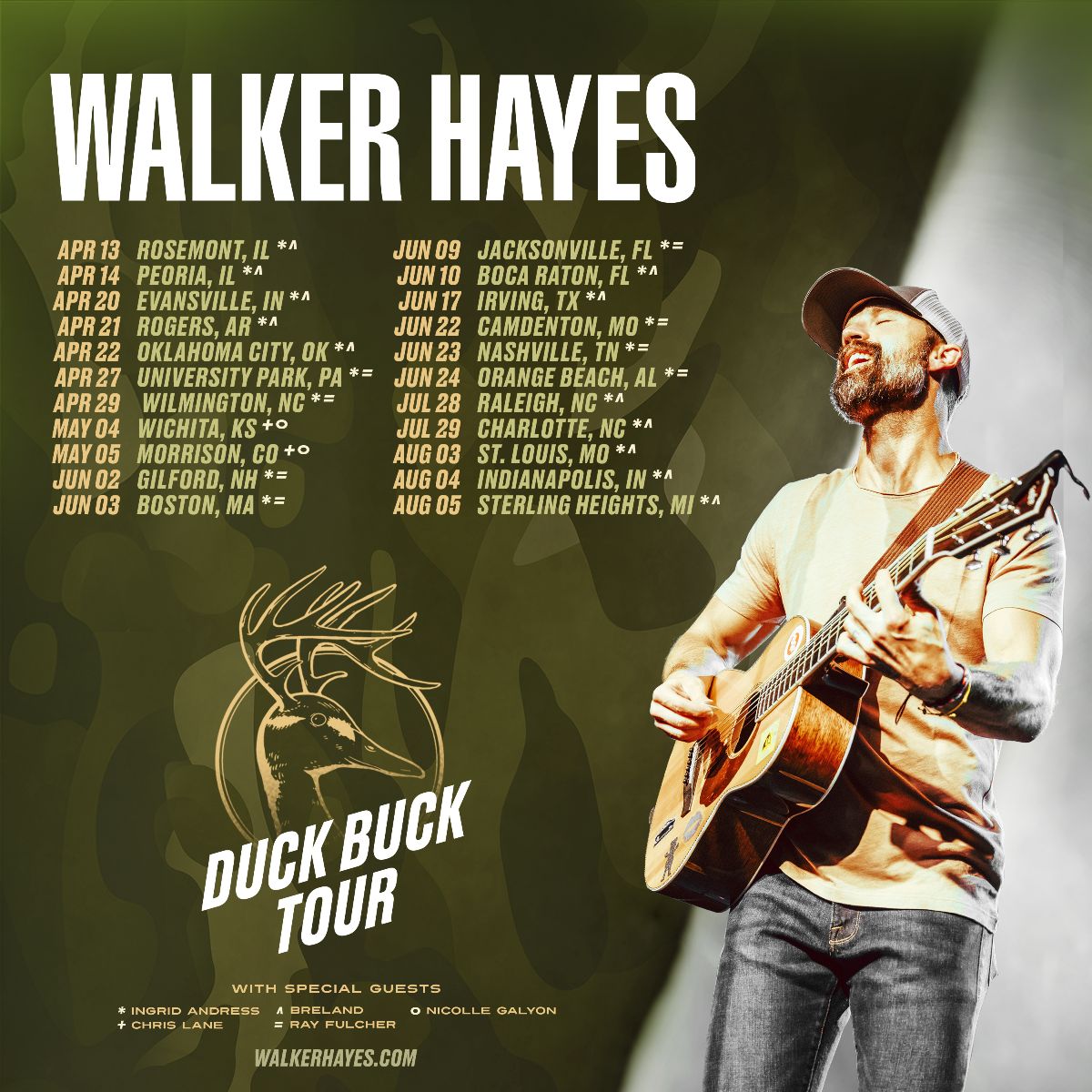 “I can’t wait to get back out on tour,” says Hayes. “Headlining an arena tour for the first time this past year was a dream come true. The whole family was able to come out and the road has become our new home away from home. All the fans that have come out or will come out are making this dream a reality. I owe it all to them, and this next tour will be the biggest and best. I don’t take for granted that they spent their hard-earned money on my shows, and I plan to make it well worth it!”

The new tour gets its name from the chorus of the title track off Hayes’ most recent album, Country Stuff The Album, in which the Mobile, AL native celebrates the trademarks of life in the country. Relishing his love of “Country Stuff,” Hayes sings, “I like shooting ducks and bucks / I like mud tires on my trucks / I like old blue jeans, guitar strings and dirt roads.” Since the release of the track, the Duck Buck has become Hayes’ signature, showing up on his merch, across his socials, and in his music videos after fans latched onto the visual. Always listening to fan feedback, the Duck Buck is now the name of Hayes’ next arena tour.

Hayes’ 2023 tour will celebrate the power of songwriting, while championing female talent with Andress joining 20 dates and Galyon performing at the legendary Red Rocks tour stop, which will also feature superstar Lane. BRELAND and Fulcher will split dates throughout the tour, showcasing some of the best country music that the genre has to offer.

One of the top streaming artists in country music last year, Hayes single “Y’all Life” is steadily climbing the charts, currently sitting in the top 30 on country radio’s Mediabase chart. His most recent release, “Face In The Crowd ,” is an ode to his biggest fan who remains side stage during many of his tour dates, his wife Laney. The song is especially meaningful after a breakthrough year for Hayes and his family that saw the superstar earn a GRAMMY nomination, six Billboard Music Award nominations, five ACM Award nominations, a CMT Award nomination, a CMA nomination and his first No. 1 at Country radio.

Join the Walker Hayes Fan Club to be the first to get tickets. A pre-sale for Fan Club members will be live on Dec. 13 at 10 a.m. local, through Dec. 15 at 10 p.m. Visit walkerhayes.com to join and learn more.