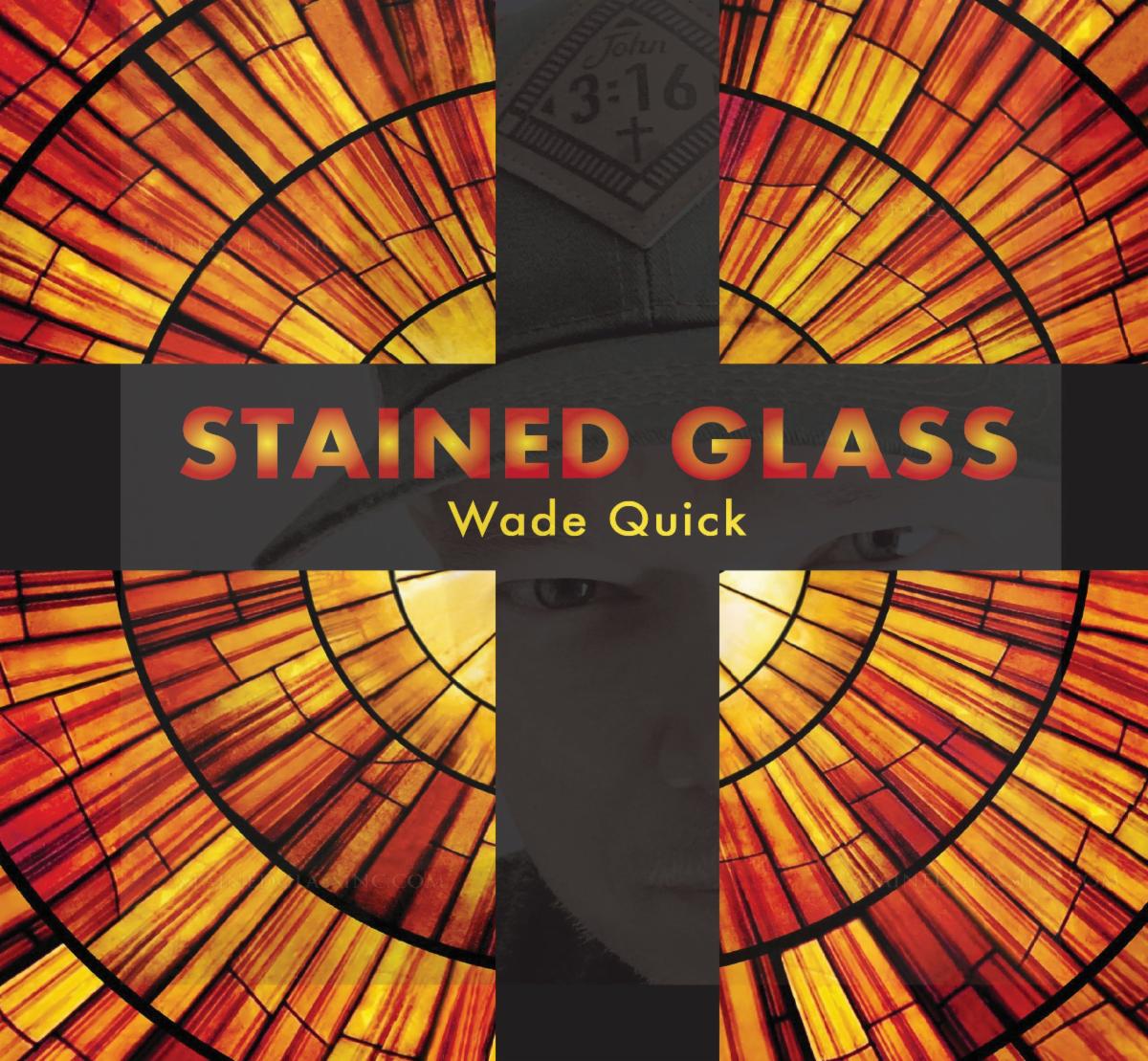 When sunlight breaks through the clouds and shines through the stained glass windows of a church, it can uplift the spirits of those inside, reminding them of the positive things in their lives.

Country music artist Wade Quick is sharing stories of how it is possible to maintain a positive outlook on life even when facing difficult moments in his latest radio single, “Stained Glass.” The lifelong music lover and talented musician genuinely pours his heart out to listeners of the song. Stained Glass is available on all streaming platforms including Spotify at https://open.spotify.com/album/0xiFYk1KZyPYhbISGHnhzZ  and Apple Music at https://music.apple.com/us/album/stained-glass-single/1632288855  and is currently hitting mainstream country radio.

I asked Wade a question: “If you needed to witness to someone, what would you say?” His thoughtful answer: “The times in my life where God is front and center are the most peaceful. He asks us to lay our burdens upon him.”

His response led me to ask him what he would talk about if he had a little talk with Jesus. “I would probably spend the time apologizing for my disobedience and thanking him for giving his life for our salvation.

Although hardships are inevitable in our lives, we tend to view life through a positive lens instilled by our faith and see the potential of a wonderful life. This is the story Wade Quick shares in his new single Stained Glass. As a Christian who grew up in the church, Wade also knows that sometimes it is difficult to keep the faith in the midst of storms. “The most important thing is to maintain our faith and hope as Job did in the Bible,” he shares.

While writing the song, he reflected on those around him and ultimately was inspired by people who were able to remain faithful and grateful through the difficult times. “As the first verse of Stained Glass says, Mr. Johnson, after losing his wife to a drunk driver and life taking so much from him, was still strong in his walk with Christ and made it to the services despite his great loss.” The second verse continues, sharing another uplifting story of coming out on the other side stronger than before.

Written by Wade Quick and produced by Kenny Royster (worked with the likes of Cole Swindell, Luke Combs, Trace Adkins, and more), Stained Glass takes a beautiful message and puts it in the form of a classic country sound. With Wade’s talent for storytelling through song and Kenny’s incredible expertise, it is sure to inspire and touch the hearts of anyone who listens.

About Wade Quick: Born and raised in Lilburn, Georgia, Wade Quick grew up with a love for all things music and performed in rock bands throughout his teen years. Later down the road, he found his love of country music and began performing regularly as a singer/songwriter at The Freight Room in Decatur, GA. As his success continued to grow, he toured the Southeastern College circuit with The Dean Dollar Band and Danny Ray Cole in the late 90’s. In 1997, Wade moved and settled in Nashville to pursue his dream of becoming an artist and hit songwriter. He has since performed many times at iconic venues such as The Broken Spoke, The Gibson Cafe, the renowned Bluebird Cafe, and on the Old Tyme Radio Show from Lynchburg, TN.

Wade combined his love for songwriting with his Christian faith to create his own unique image that he uses to inspire others. Throughout his music journey, he has continued to build a community through his uplifting and genuine storytelling. You can stream Wade’s music on all streaming platforms.