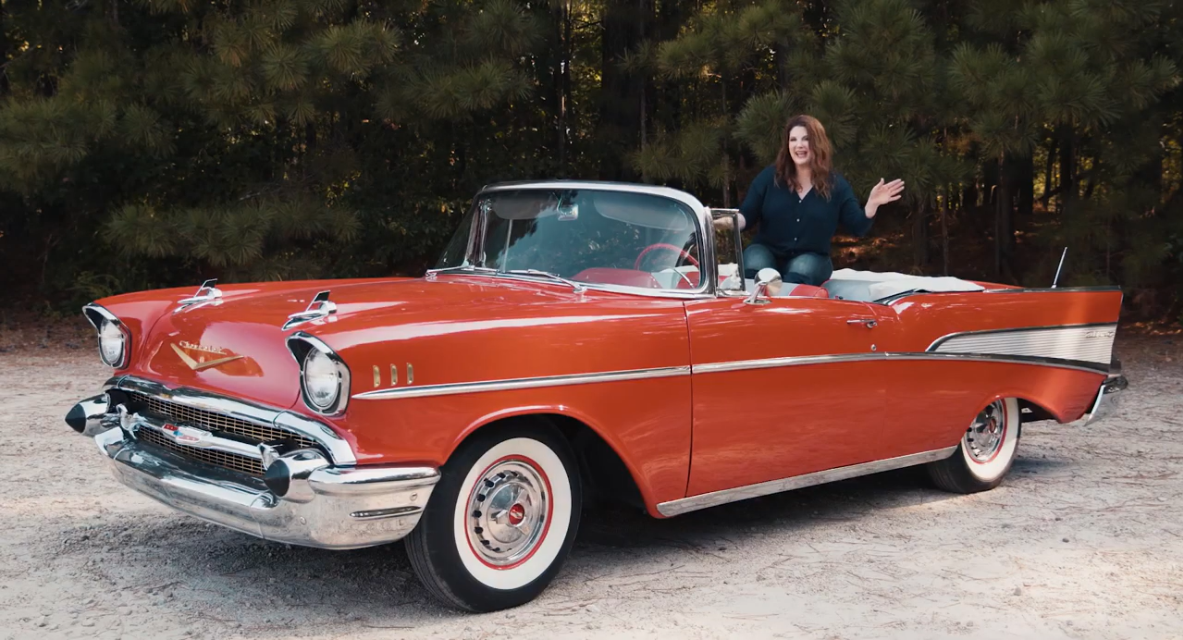 Video for “Yes I Can,” an Anthem Honoring Strong Women, Released During Women’s History Month by Corinne Cook

The official video for recent single, “Yes I Can,”
was released today in support of and honoring strong women for their
contributions to history, culture and society such as Rosa Parks, Susan
B. Anthony, Amelia Earhart and Sally Ride during Women’s History Month
by Country music artist and songwriter, Corinne Cook.
“Yes I Can” was penned by songwriters Hugh James Hardman, Rick Mathews
and Steve Belkin and the video produced and directed by Nina Baldridge.

‘Yes
I Can” is about four American female icons whose triumphs deeply
impacted the way our culture views women. This song is meant to empower
and encourage others to draw on the inspiration set by these historic
women and not let anything get in the way of pursuing their dreams…
“To those who say no you can’t, I say Yes I Can.”

Women’s History Month is celebrated throughout the month of March,
commemorating and encouraging the study, observance and celebration of
the vital role of women in American history. The American Women’s
History Initiative amplify’s women’s voices to honor the past, inform
the present and inspire the future. The stories deepen our understanding
of women’s contributions to America and the world, showing how far
women have advanced and how we as a country value equality and the
contributions of all our citizens.

“When I was sent this song, it resonated with me personally as I have
always followed my heart and been a strong example for my fellow women
by serving four years in the Air Force and now making my dreams come
true as a Country music artist and songwriter, as well as a mother to my
boys,” shared Corinne Cook.

“Life ain’t always easy, when you stand up for what you believe

Ever wonder if Susan Anthony never said I want to vote

Would Sally Ride ever ride a rocket around the world

I could be the president, do anything a man can

Play for the Yankees, even hit a grand slam

Ain’t no way of knowin’

who it’s gonna be

“When I was sent this song, it resonated with me personally as I always
follow my heart and strive to be a strong example to my children and
fellow women,” shared Corinne Cook. “Serving four years in the Air Force
and now making my dreams come true as a Country music artist and
songwriter, I hope to show my children they can do anything they put
their mind to.”

“Yes I Can” is available on all digital platforms Apple Music, iTunes, Spotify, Google Play, Amazon Music and more here.

While still engaging in a whirlwind balancing act both personally and professionally, Corinne Cook
has enjoyed a handful of accolades for her previous albums. “I Don’t”
from her 2015 release Dressed Up For Goodbye won a Nashville Industry
Music Award (NIMA) for Song of the Year in 2016. Her debut album I’m Not
Shy included two tracks that reached the Top 5 on the Inside Country
chart; #1 hit “Uninvited Guest” and the title track, which reached #4.
Cook’s current project, Yes I Can, marks an important breakthrough for
Cook as a songwriter of great storytelling skill and depth. The
California native has been accumulating and telling stories all her
life, all grounded in her years growing up in an intensely musical
family in the Central California towns of Tracy and Escalon. After
spending 4 years in the Air Force, she returned home to Tracy and won a
singing competition, which ultimately led to her first album.
Reconnecting with her passion for singing and performing, Corinne began
singing at festivals in Northern California and worked part time as a
radio DJ for the classic country station 93.9 “The Ranch” in Ripon, CA.
Fully committing to the dreams that are now coming to fruition, Corinne
moved to Nashville, to focus on developing her career as a singer and
songwriter. 2019 has brought critical success and radio airplay for the
recent single release along with the official video for “One Box of
Tissues” off the album Yes I Can. She was recently nominated in four
categories by her peers for the 2019 NIMA Awards (Nashville Industry
Music Awards.)