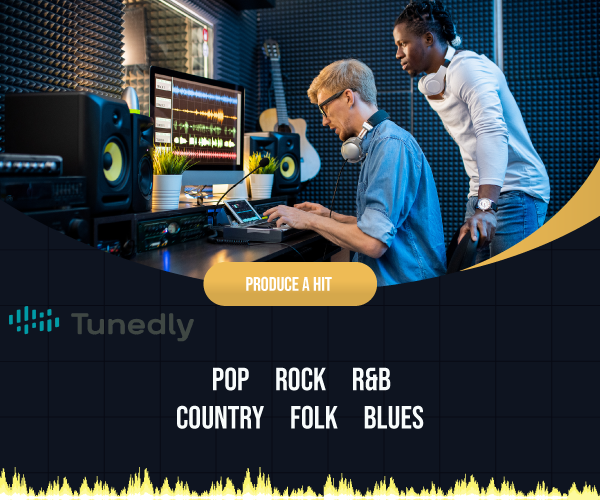 Tunedly (www.tunedly.com) is an online music recording studio, that connects songwriters and other music creators with world-class session musicians for professional music production and music publishing services. Started by musicians and music managers, the idea for a live collaboration music production and publishing solution came out of a need to remove the barriers faced by many who want to succeed at music, but either lack the means to make it happen, or are unable to connect with the right talent and resources. Tunedly aims to simplify the process of connecting creators with vetted session musicians, trained singers, skilled sound engineers, or noted producers and also to create increased royalty collections for creators through its partnerships with sub-publishers.

“We could not be more excited to work with Spirit,” says Chris Erhardt, CEO and co-founder of Tunedly, which began its digital operations in 2015. “Leveraging the strengths of Spirit Music Group’s administration platforms will help Tunedly users tremendously with monetizing their music, starting in Q1 of 2021. We’re proud to work in collaboration with such a renowned and respected company.”

Tunedly has already been embraced by some of the biggest names in the music industry. Serving as company advisors are Mathew Knowles, founder of Music World Entertainment Corp. and Artist Management; executive producer for more than 100 award-winning, platinum and gold albums in multiple genres; and father of singing sensations Beyonce and Solange; and record producer, songwriter and movie producer Harvey Mason Jr. who has written and produced songs for successful artists including Aretha Franklin, Michael Jackson, Justin Timberlake, Britney Spears, Chris Brown and Taemin.