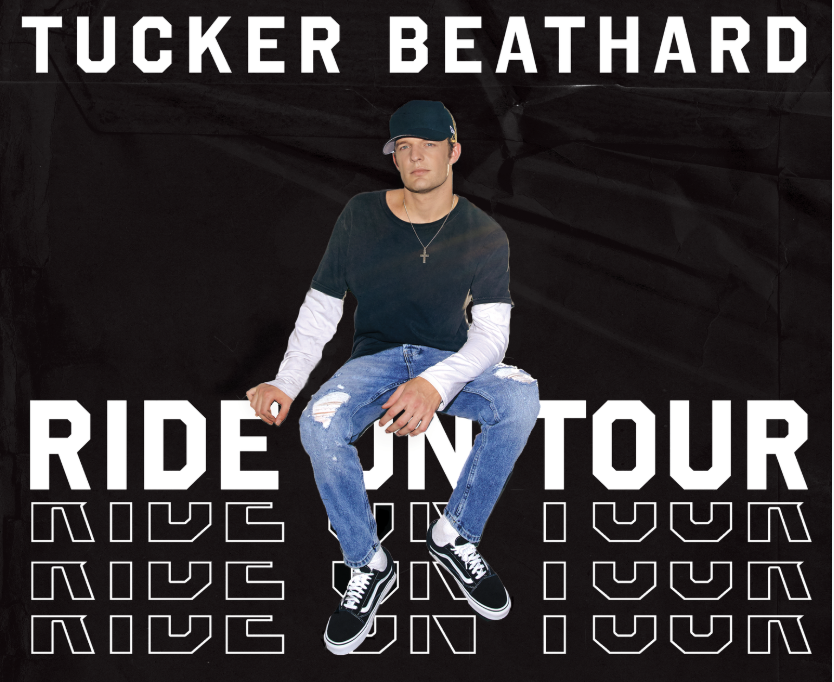 Singer/Songwriter,
and born road-warrior, Tucker Beathard (Warner Music Nashville)
announced he will return to the road with the RIDE ON 2019 TOUR, kicking
off in Charlotte, NC on Feb. 22. The string of dates will see Beathard
back where he thrives the most, “playing music with a hard-country edge
and plenty of heart” (Rolling Stone) and
connecting with fans through his music in clubs. The run will have him
stopping in major cities including New York, NY, Boston, MA and more
this spring.

“The
past four years of my life have mainly been spent on the road, so for
me, it’s where I feel most at home” said Beathard. “I think it’s going
to be even more exciting this time around with the first half of the
double album out there and having the music I’ve wanted the fans to
hear, to tour behind. I see touring as a way to connect with fans one by
one and I can’t wait to get going!”

Beathard shared a stripped down version of the song that inspired the tour’s name, “Ride On,” available to watch here. The
tour will be fans’ first chance to hear songs from the first
installment of Beathard’s debut double album, NOBODY’S EVERYTHING, live.
Tickets for the tour will go on sale beginning January 25 at 10am local
time at www.tuckerbeathard.com.

The first country artist to release a debut double album, Tucker
Beathard’s first installment, NOBODY’S EVERYTHING, was immediately
praised for the “gritty” nature of the album, and Beathard’s “fresher,
rawer sound” (Music Row).
Fans have instantly connected with the vulnerable music video for focus
track “Leave Me Alone.” Beathard just announced that he has signed a
major recording deal with Warner Music Nashville. Beathard inked the
contract following the independent release of NOBODY’S EVERYTHING and
the second chapter will be released in the coming months on Warner Music
Nashville. Beathard turned heads in 2016 as “one of country music’s
hottest young acts” (Pitchfork) with his debut
Top 5 breakout anthem “Rock On.” Between touring, Beathard, a prolific
songwriter, can be found in the studio, writing, recording and playing
his music. For more information, visit www.tuckerbeathard.com or follow him on Instagram: @tuckerbeathard, Twitter: @TuckerBeathard and Facebook: facebook.com/tuckerbeathardmusic.