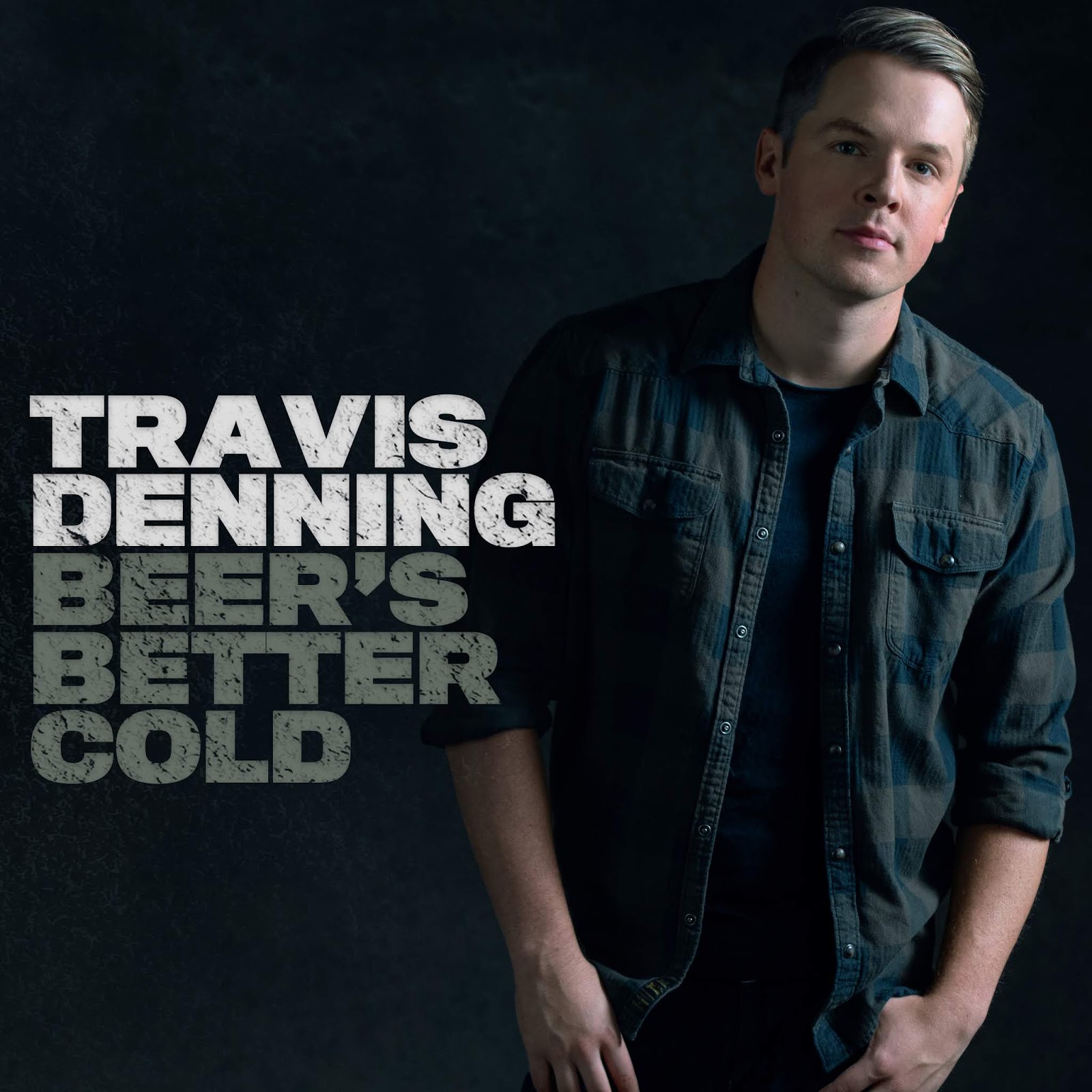 Mercury Nashville Recording artist Travis Denning revealed he will share his debut EP, BEER’S BETTER COLD,
on Friday, May 15. Denning, who co-wrote five out of the six songs on
the upcoming project, taps into his “storytelling skills” (Variety)
on the collection as he continues to release more music to meet fan
demand. Produced by Jeremy Stover, the EP is available for pre-save now.

BEER’S
BETTER COLD showcases Denning’s signature sound, as his husky vocals
and infectious charm resonates on each track. Opening with a
melody-driven “Where That Beer’s Been,” the momentum continues to grow
with his top 15 single “After A Few,” the “wickedly fun good-riddance
romp” (People) “ABBY” and the “steamy, simmering, sexy” (Music Row)
“Tank Of Gas And A Radio Song.” The reflective “Beer’s Better Cold” and
wistful “Sittin’ By A Fire” digs into Denning’s roots and young love.

Continuing to make waves, Denning is also set to make his national TV debut next week on TODAY on Monday, March 9 at 10am local time on NBC,
performing “After A Few” live. Also co-written by Denning, it has
garnered over 58 million streams worldwide and continues to ascend at
country radio.

“I
am so excited to finally announce my first EP,” shared Denning. “I’ve
been blown away by the way the fans have grasped onto the songs so far,
and I can’t wait to see how they like the new ones. These songs mean a
lot to me, because they’re all a part of my story in one way or another.
Here’s to the first full chapter.”

A native of Warner Robins, Georgia, singer/songwriter Travis Denning’s
Top 15 and climbing single “After A Few” follows his Top 40 debut single
“David Ashley Parker From Powder Springs.” Denning kicked off 2020 as
direct support on Dustin Lynch’s STAY COUNTRY TOUR and will join Sam Hunt this summer as a special guest on his THE SOUTHSIDE SUMMER TOUR.
The tour will kick off on May 28 in Charlotte, NC at PNC Music
Pavilion, with coast to coast stops through September this year. Denning
has previously opened shows for Cole Swindell, Alan Jackson, LANCO,
Riley Green and his first headlining “Heartbeat Of A Small Town Tour.”
With over 134 million streams worldwide, Denning has been spotlighted by Billboard for
his “future star power” and was selected this past year as an Opry
NextStage recipient and CMA KixStart Artist, as he makes his mark within
the industry. Inspired at a young age, Denning developed a love for
country, pop, rock and heavy metal and started playing local bars from
the age of 16, as he built a strong following from his distinctive songs
and raucous guitar solos. A prolific writer with an unquestionable
stage presence, Denning moved to Nashville and secured outside cuts by
Jason Aldean, Justin Moore, Michael Ray and Chase Rice. Denning’s newest
songwriting cut includes Michael Ray’s current Top 25 single “Her World
or Mine” that is continuing to climb the charts at Country radio. For
more information, visit travisdenning.com.