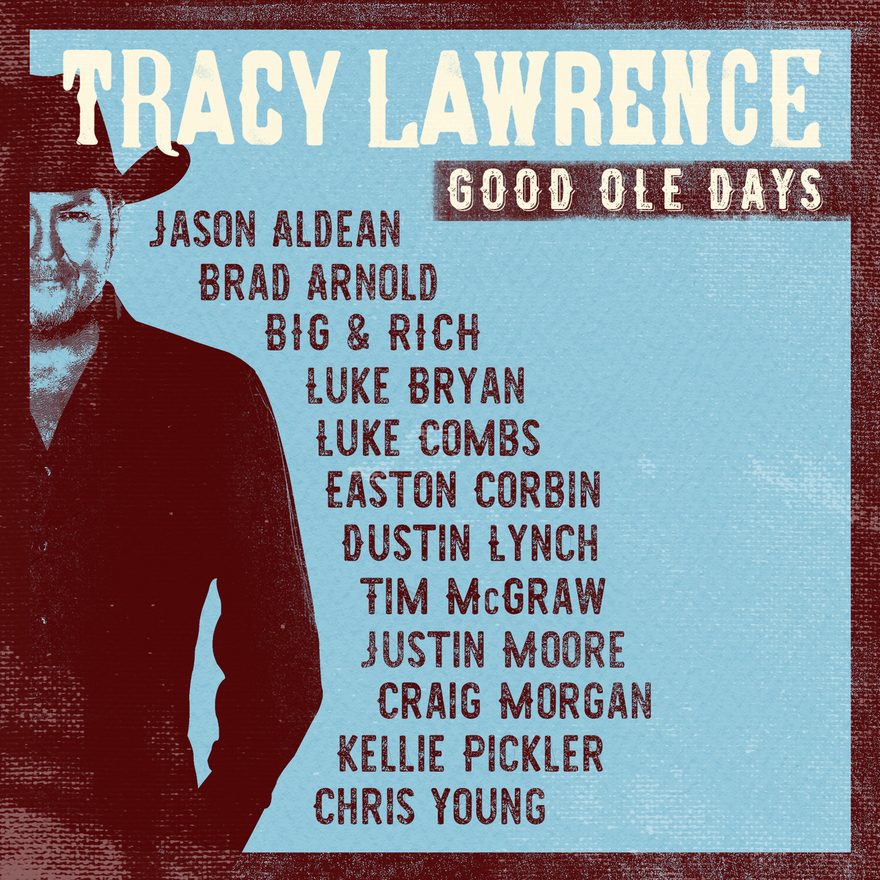 (Nashville, Tennessee…) – September 8, 2017 –
Tracy Lawrence has set November 10, 2017 as the release date for one of
the most ambitious and significant albums of his career. GOOD OLE DAYS
celebrates the country legend’s indelible mark on country
traditionalism with an album of 11 duets pairing a selection of his most
iconic hits with some of Country and Rock’s contemporary superstars and
newcomers.  See some behind the scenes footage HERE.

“There’s
such a hunger out there for the music from my era – I hear that from so
many people, so I felt like this was a good time to kind of blend the
old and the new,” said Tracy. “My first commitment was from my buddy Tim
McGraw, who chose to sing ‘Time Marches On,’ on the new record.”

When
asked about which of his songs is his all-time favorite, Tracy admits
that choosing one is a lot like trying to single out a favorite child,
it’s just not something that’s easy to do.

Originally released March 1996 on his Time Marches On album.

Originally released November 1991 on his Sticks and Stones album.

“Can’t Break It To My Heart” Featuring Jason Aldean

“If The World Had A Front Porch” Featuring Luke Combs

Originally released September 1995 on his I See It Now album.

Originally released April 1995 on his I See It Now album.

Originally released July 1996 on his Time Marches On album.