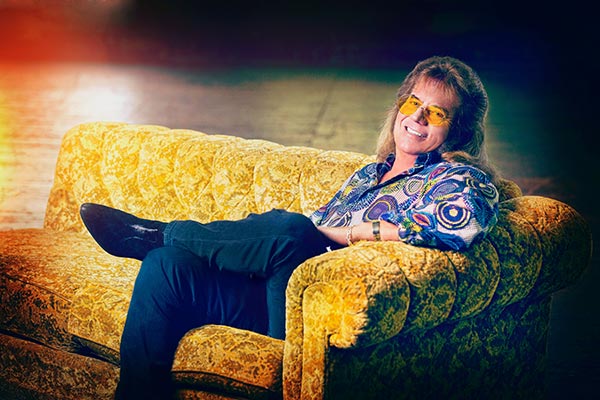 Country artist and piano virtuoso Tim Atwood will be bringing his keyboard to life with an exclusive performance at the Country Music Hall of Fame® and Museum’s
Ford Theater on Sunday, September 22 at 1:00 PM. During this special
“Musician Spotlight,” Tim will highlight different aspects of his 50
year career and share stories about his 38 years at the Grand Ole Opry.

“Whenever I walk through the Country Music Hall of Fame and Museum, my
memories come to life. I remember the music and memorabilia on display
because I was there; I was a part of it,” says Atwood. “The Country
Music Hall of Fame and Museum has 139 inductees. It amazed me to realize
that I have performed alongside 60 of those members throughout my
career. While it is the highest honor to perform in the Hall’s Ford
Theater, it is all the sweeter to know I will be playing in the house
that honors my friends.”

Attendees must have a Program Ticket to guarantee admission to this
event. Program Tickets are free with museum admission or membership and
distributed two hours prior to the event at the Museum’s box office on a
first-come, first-served basis. Seating is general admission and
limited.

Museum members may also reserve their Program Tickets in advance by
phone at 615-416-2050 or online. Reservations are accepted until 48
hours before the program, or until the program is at capacity. Tickets
reserved by members are available for pickup at the membership desk in
the museum’s conservatory.

Tim Atwood hails from East Peoria, Illinois. Before settling in at the
Grand Ole Opry at the age of twenty-three, Tim toured with country
legends Mel Street, Lynn Anderson and Jim Ed Brown where he can still be
seen regularly on the rebroadcasts of Jim Ed’s TV series, Nashville On The Road. Tim’s other TV credits include Hallmark Channel’s Home & Family, Larry’s Country Diner on RFD-TV, Another Wednesday Night Prayer Meeting, Opry Live, Nashville Now, Hee Haw, Church Street Station, Country On The Gulf, Pop Goes The Country, Country Connection, Late Night With David Letterman, The Dailey & Vincent Show
and features on CBS, NBC and FOX News. After performing over 8,500
times on the Grand Ole Opry with countless country legends and rising
stars, Atwood launched his solo career. His third album, ‘Livin’ The Dream’
(2018), garnered a nomination for AWA Pure Country Album of the Year
Award. He also became a member of the historic Wheeling Jamboree, and
performed on TBN’s Huckabee, while keeping up an extensive touring schedule. In 2019, Atwood received two nominations for R.O.P.E. Awards for Entertainer of the Year and Songwriter of the Year.
His song “That’s How I Roll” was recently recorded by Opry legend
Jeannie Seely and Lorrie Morgan, with Vince Gill on guitar. The song
will appear on Seely’s soon to be released album on Curb Records. For
more information, please visit www.timatwood.com.