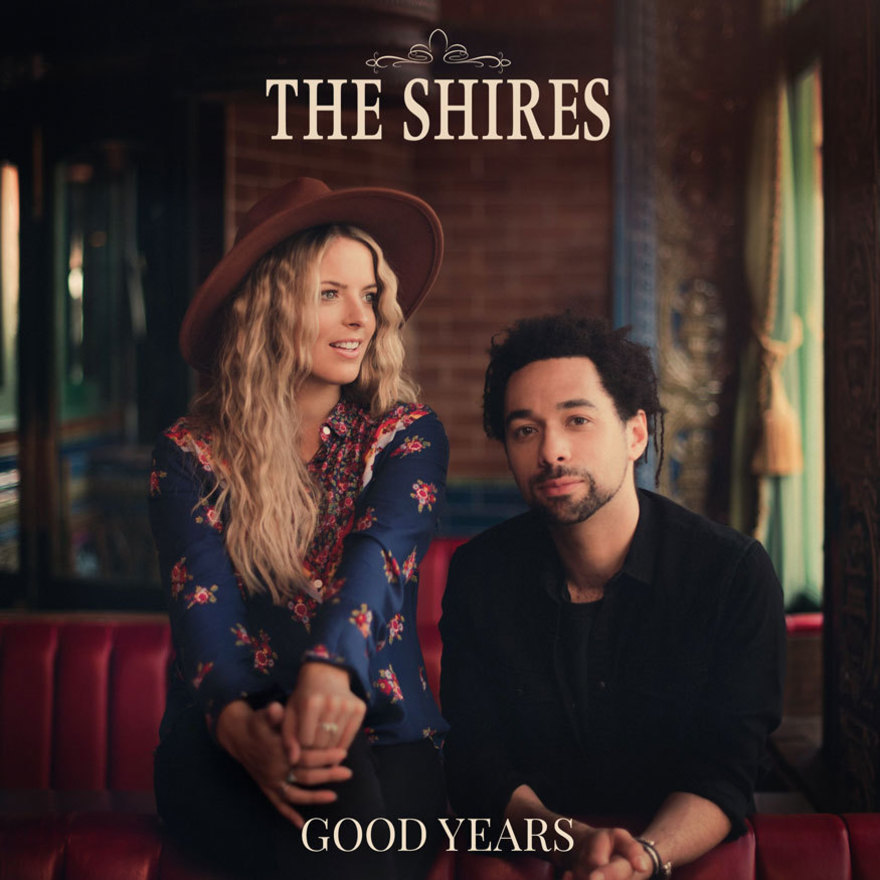 THE UK’S BEST-SELLING COUNTRY ACT OF ALL TIME, THE SHIRES, ANNOUNCE MARCH 13 RELEASE OF BRAND-NEW ALBUM, GOOD YEARS, IN THE U.S.

The Shires, the UK’s best-selling country act of all time – comprised of Crissie Rhodes and Ben Earle – will release their new album, Good Years, in the U.S. on March 13, 2020 via BMG. As the follow-up to Accidentally on Purpose and GOLD-certified albums Brave and My Universe, Good Years
was recorded in Nashville and includes 12 new tracks, 10 of which are
co-written by the duo. Produced by Lindsay Rimes (Kane Brown, Thomas
Rhett, Kelsea Ballerini, LOCASH), Good Years, also features some of Nashville’s top songwriters, including Cam, Bob DiPiero and Canaan Smith.

Fans can get a taste of the new music by checking out already released acoustic heart-tugging “New Year,” electric tempo-driven “Lightning Strikes,” and inspiring rhythmic “Independence Day.”  New track and vocal masterpiece “About Last Night” releases today in advance of the full album on March 13 which fans can pre-order and stream available songs here: https://TheShires.lnk.to/GoodYearsPR.

“The
way we approach the songwriting is that we always start with a lyric,”
Earle explains.  “We’ve both got loads of titles on our phones. You sit
down in a room and say, ‘What can we say today?’ All of the best songs
are ones we’ve written that are personal. Like ‘Crazy Days’ — which for
me is about the balance of being a dad and doing what we do – and it’s
amazing what people share with us about that,” he says of the heartfelt
piano ballad. “That’s what country is for us.”

“For
me, growing up so inspired by country music through my grams and
knowing Nashville was the home of that music, I always wanted to find a
way to get over there,” adds Rhodes.  “When Ben and I met and we had the
opportunity to go to Nashville, it was everything I imagined that it
could be and more. To be surrounded by so much talent, it was quite
overwhelming.  Then getting in there with people who’d been writing
songs for years …that was quite daunting to try to do that and to try to
put our Brit spin on it at the same time. It’s been an amazing place
for us. We just love landing on that runway and feeling like, ‘Ah. Here
we are. We’re back.’ It feels great every single time.”

As
the first British act to win the CMA’s Jeff Walker Global Artist Award
and the first UK country act to have performed in the historic circle at
the Grand Ole Opry, The Shires have opened for Little Big Town, Sam
Hunt and Shania Twain, and most recently joined Carrie Underwood’s 2019
Cry Pretty 360 Tour in their native country. The duo will embark on
their UK headlining tour in May including shows at such legendary venues
as London Palladium, Bristol Academy and more.

Connect with The Shires