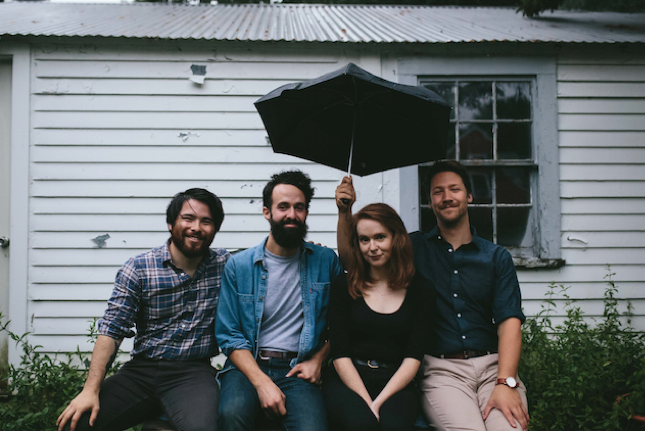 ON TOUR THIS FALL AND WINTER

AUGUST 9, 2017 – NEW YORK, NY – Country folk band, The Novel Ideas, are premiering their new single “I’ll Try” exclusively with The Boot. Listen HERE. “I’ll Try” is the first single from The Novel Ideas’ upcoming self-titled album, due out on September 8th. In support of the record, the band will betouring nationally through the Fall and Winter. For more information on The Novel Ideas, please visit:http://thenovelideas.com.

The
Novel Ideas are a four-piece band from Boston, MA. Since their
formation, they have earned a reputation from fans and music critics
alike for their moving four-part harmonies and rich Americana sound- one
that provides “a certain level of comfort” according to Baeble.

From rock clubs to living rooms to festival stages, the band strives to convey honesty and intimacy through their music. Interview Magazine notes
that, “While their folksy sound falls somewhere in between The Head and
The Heart and The Avett Brothers, the band has a unique ability to
connect with audiences from their deeply personal songs.”

Featuring the voices of three songwriters, their upcoming self-titled album, produced by Rick Parker (Lord Huron) and mixed by Ryan Freeland (Ray LaMontagne, Bonnie Raitt), showcases the band at its best. Track by track, The Novel Ideas represents
a contribution to the country-folk scene that balances love-and-loss
melancholy with thoughtful instrumentation and intricate
vocal arrangements.

6. The Blue Between Us