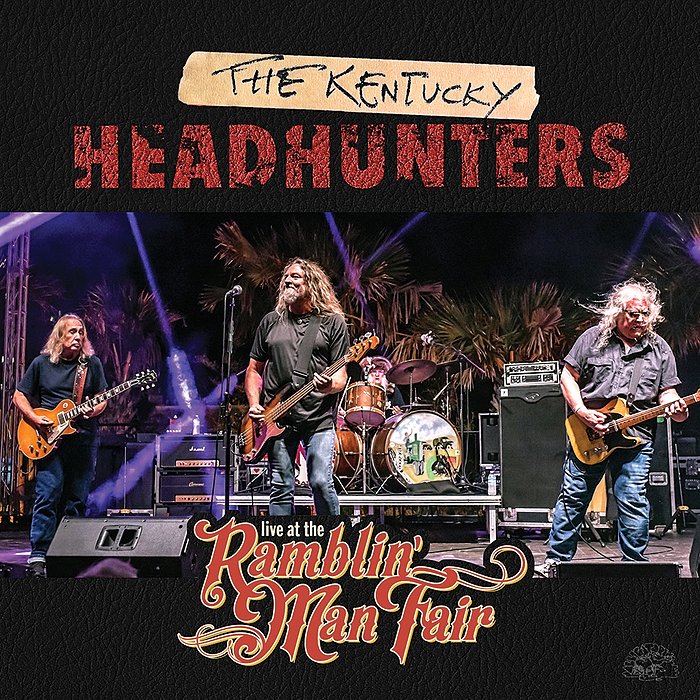 The Kentucky HeadHunters Return with “Live At The Ramblin’ Man Fair” on Jan. 11, 2019

Alligator Records has set a January 11, 2019 release date for Live At The Ramblin’ Man Fair, the new album from Grammy-winning band The Kentucky Headhunters.
The band — guitarist/vocalist Richard Young, his brother drummer Fred
Young, guitarist Greg Martin and bassist/vocalist Doug Phelps — had
never before been to Europe in their 30-plus year career. This set,
recorded at The Ramblin’ Man Fair in Maidstone, UK, captures them at the
height of their powers.

Although
The Kentucky Headhunters have been recording and touring together for
over 30 years (and making music together for over 50 years), they had
never, until 2016, performed overseas. That year, Richard—a notoriously
uneasy flier—let his son John Fred (drummer for internationally beloved
hard rock group Black Stone Cherry) talk him into bringing The Kentucky
Headhunters to Europe. A tour of Sweden and the United Kingdom was
booked, and the band was on its way to earning a whole new audience for
their raucous and rowdy music.

Since their multiple award-winning debut album in 1989, Pickin’ On Nashville (Mercury), the band has released 12 more albums with total sales reaching over 11 million. Constant touring has kept the band busy and each new release has kept them in high demand. 2015’s Alligator CD, Meet Me In Bluesland (recorded in 2003 with Johnnie Johnson), brought the band to the attention of many new fans. No Depression
called the album, “A raucous, rockin’ romp that’ll put a big ole grin
on your face. Johnson pounds out licks like a wrecking ball.” The Wall Street Journal called it, “a collection of rollicking, loose-limbed songs rooted in the blues and vintage-style rock ‘n’ roll.”

2016’s On Safari (Plowboy Records) led to the band’s first European tour and in turn to the album Live At The Ramblin’ Man Fair,
their second career live album. “Truth is,” says Richard, “we didn’t
even know we were being recorded. I found out later the festival folks
recorded our whole set. After hearing it, I knew it captured us exactly
as we really are, and I knew we had to release it.” With the new album
and another UK/European tour in the works, The Kentucky Headhunters are
excited to visit their new friends and fans across the ocean, as well as
hitting the highway across the U.S. and Canada.

Whether
they’re turning Southern rock fans on to blues or turning blues fans on
to Southern rock, The Kentucky Headhunters are simply thrilled to be
enriching the lives of so many music fans for so many years. According
to Richard, “When the four of us get together, it’s a powerful thing. It
makes people happy. It’s really good music.”