THE JOURNEY HOME PROJECT SUPPORTS THE SHEPHERD’S MEN AS THEY RUN THROUGH MT. JULIET AND NASHVILLE, FRIDAY MAY 26 AND SATURDAY, MAY 27 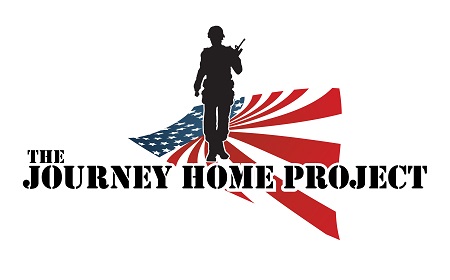 THE
JOURNEY HOME PROJECT SUPPORTS THE SHEPHERD’S MEN AS THEY RUN THROUGH
MT. JULIET AND NASHVILLE, FRIDAY MAY 26 AND SATURDAY, MAY 27

NASHVILLE, Tenn. (May 24, 2017) – Charlie Daniels & his Tennessee based non-profit, The Journey Home Project,
is supporting the Shepherd’s Men who are a 17-member team of active and
former servicemen and civilian patriots proudly dedicated to raising
funds and awareness for the SHARE
Military Initiative at Shepherd Center in Atlanta, Georgia. This
comprehensive rehabilitation program focuses on assessment and treatment
for post-9/11 military veterans who have sustained a mild to moderate
Traumatic Brain Injury (TBI) and Post-Traumatic Stress Disorder (PTSD).

Twenty-two veterans commit suicide each day, and during the event
week members of the Shepherd’s Men run 22 kilometers per day wearing
22-pound flak vests to bring awareness to the fight to end this American
epidemic.

On Monday, May 22nd the Shepherd’s Men began their 4th
Annual Campaign through eight cities beginning at the Flight 93 Memorial
site in Shanksville, Pennsylvania. To pay tribute to the heroes who
gave their lives on that 9/11 flight, each of the members will wear
71-pound packs over their 22-pound flak vests for a total of 93 pounds
on the first leg of the run; in each city thereafter, two team members
will rotate carrying that honor until the Shepherd’s Men arrive back
home to the Shepherd Center in Atlanta on May 29th.

Friday, May 26th, The Journey Home Project will host the Shepherd’s
Men in Mt. Juliet, Tennessee. The community can come by Field of Honor
at the intersection of N. Mt. Juliet Rd and East Division before 4:00pm
to get a free hand size flag to wave as the Shepherd’s Men pass by. On
Saturday, May 27th the Shepherd’s Men will begin their run through
Nashville at the National Cemetery in Madison, Tennessee and conclude at
the War Memorial Building in Downtown Nashville.

The Shepherd’s Men have a goal to raise $2.2 million by December 31,
2017, to fund TBI and PTSD research and treatment, and the Tennessee
based non-profit, The Journey Home Project, whose Chairman of the Board
is Charlie Daniels, is assisting the Shepherd’s Men in achieving their
financial goal by year end.

About Shepherd’s Men
For the fourth year, The Shepherd’s Men will run to raise awareness
about the SHARE Military Initiative at Shepherd Center and to raise
funds. Private funding is needed to make SHARE’s life-saving program
available to veterans of the Iraq and Afghanistan wars who suffer from
traumatic brain injury and post-traumatic stress. The 2017 goal is $2.2
million, to facilitate program expansion; donations can be made via Shepherdsmen.com.
The 2017 runners are active, medically retired and honorably discharged
servicemen and civilian patriots who are committed to helping those who
have sacrificed so much for this country and all who enjoy the freedoms
they volunteered to protect. #SHARETheBurden22

About Field of Honor – 5th Annual Mount Juliet Display of Flags
For the fifth year, West Wilson County’s Exchange Club and American
Legion Post 281 join together in hosting a display of the Stars and
Stripes. The United States flag has grown to become the great emblem of
all that unites us as a people; it symbolizes our shared goals and
aspirations. Volunteers will post hundreds of flags on the field located
at the grassy field at the intersection of Mt. Juliet Road and East
Division Street to fly during the days closest to Flag Day. Please join
with us as we walk amid ordered rows of Old Glory posted in this
stirring formation as we salute those who have sacrificed so much that
we may live in freedom.