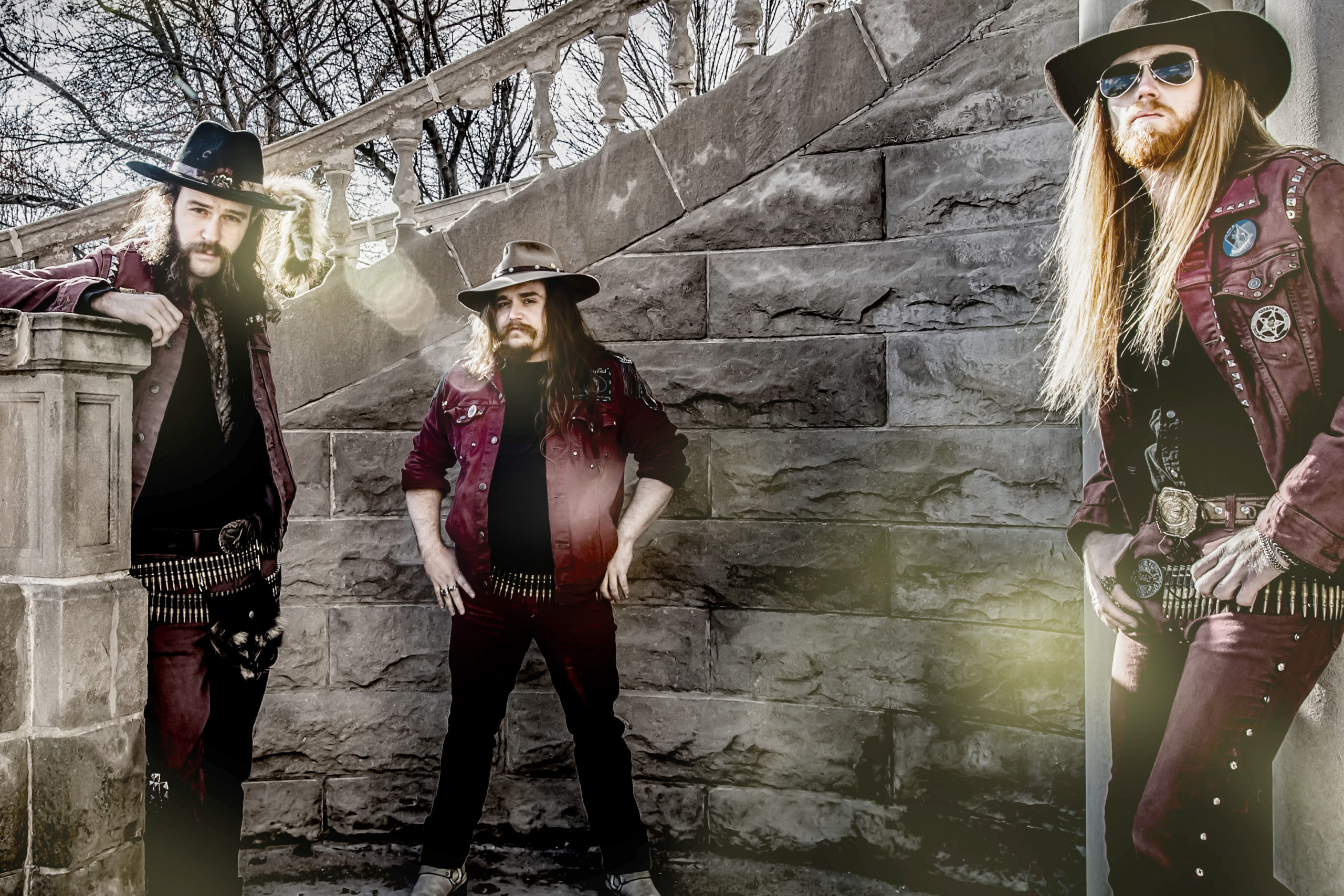 Playing non-stop since 2015, they’ve stormed the stage with Randy Rogers, The Cadillac Three, Drake White, The Steel Woods, Alabama, Whiskey Myers, Blackberry Smoke, and the Nitty Gritty Dirt Band. These experiences have sharpened their spurs and inspired the band to create a sound that exemplifies what it means to be a modern-day cowboy: heavy and western.

The Comancheros:  We call it “Heavy & Western!” We all grew up playing metal, but we love country music. The Comancheros have always wanted to hear what it would sound like if AC/DC did a country album.

The Comancheros: We wrote over 20 songs for this album. Richard Young helped us whittle them down to the best and ended up with 7. “If I Could Pick a Way to Go” was one Tanner wrote by himself and was really special. Richard teared up when he first heard it. We are really happy it is on the album.

The Comancheros: Right now, I think my favorite is “We Own the Night” just because of the story. I wrote the lyrics to that after getting cussed out by a booking agent. I kept asking if he would book us and he was ignoring me. He finally called me just to tell me to fuck off. I figured I better at least get a good song out of it!

The Comancheros: We grew up listening to bands like AC/DC, KISS, Judas Priest, and Van Halen. The Midwest is very devoted to classic rock. It was those bands that drove us to pick up instruments and start our own bands. Eventually, we played heavier and heavier music, and playing in death metal bands. But each one of us starting spinning records like “Red Headed Stranger” when we were about 16. By the time we hit college, we had to start a band.

Lamitschka:  As an artist, you have so many tasks such as recording, touring, interviews. What do you like best, what’s your favorite activity?

The Comancheros: Touring is definitely our favorite. We want to be out on the road as much as possible. We didn’t start a band to sit in a studio. We started a band to play shows and rock n roll. And because we had nothing better to do!

The Comancheros: Let me ask our friends in the Kentucky Headhunters and I’ll get back to you!

The Comancheros: We don’t get a lot of time off, but we like to hunt, ride motorcycles, and restore antique tractors when we can. Jon, our bass player, recently took his 1944 John Deere B to the Old Threshers tractor show.

The Comancheros: The Comancheros would love to play Germany. We really like beer, and we’ve always gotten along with all the Germans we’ve ever hung out with.  We played some shows in England earlier this year though, and that was a blast.

The Comancheros: I’d say “Killed by Death” by Motorhead

The Comancheros: Waking up in the van, drinking gas station coffee, and driving to a good gig. That’s what we do. It’s all we want to do.