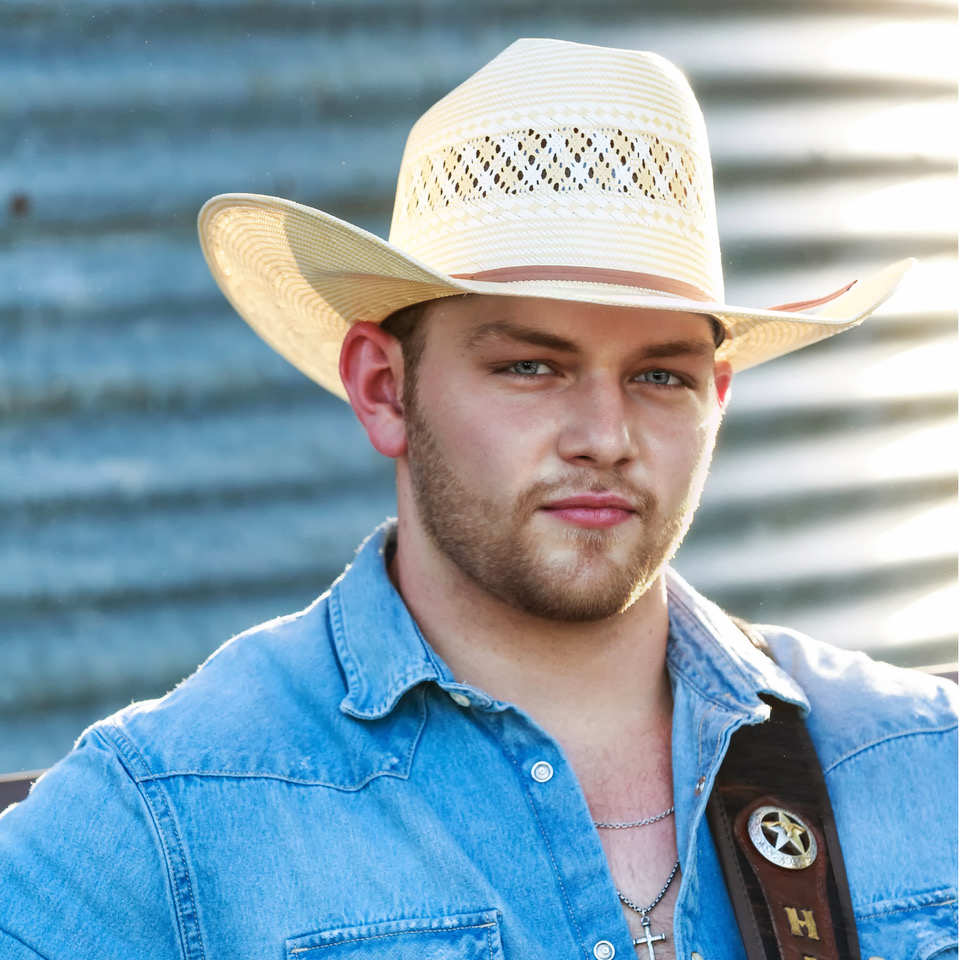 Texas
Country singer-songwriter Hayden Haddock is quickly becoming an artist
you need to know. Alongside his extensive Texas tour dates, Haddock is
gearing up to release his debut project, First Rodeo with the lead-off single, “She Don’t Know It Yet” premiering today. Haddock is staged to perform three shows at the National Finals Rodeo in Las Vegas, NV December 13th-15th alongside
country music hitmakers including George Strait, Florida Georgia Line,
Casey Donahew, Tracy Lawrence, Cody Johnson, Luke Combs, Jon Pardi and
many more. The Texas A&M sophomore will also be performing the National Anthem on December 12th during the All in Barrel Race at The Orleans Arena. Click HERE to listen to Haddock’s debut, “She Don’t Know It Yet.”

Haddock’s road to pursuing music was not the traditional one. At a young
age, Haddock discovered his love for music, but it was not until he
attended an Eric Church concert at the age of 14, that he decided to
pick up a guitar. Haddock continued to write songs and play guitar
throughout his teen years and was accepted into the prestigious Texas
A&M University as a Construction Science major. After performing a
song in the confines of his college dorm for his roommates, one friend
secretly captured it on video, uploaded it to YouTube and shared it with
their peers. The overwhelming response to the video made Haddock decide
it was time to pursue a career in country music. Since that time,
Haddock has put his head down and focused on songwriting and playing
acoustic shows anywhere he can to hone his craft. Haddock now performs
every weekend around Texas and has multiple TV appearances under his
belt including ABC Dallas’ Good Morning Texas and CBS Bryan-College Station’s Free Music Friday. Haddock has also shared the stage with Whiskey Myers, Casey Donahew, Cory Morrow and the Eli Young Band.

Haddock’s musical influences are deeply rooted in his home state of
Texas by artists such as George Strait, Cody Johnson, Luke Combs, Jon
Pardi, and Eric Church.  Some may be surprised to find out that Hayden
is only 19-years-old as he has a country soulfulness well beyond his
years. This can be heard on his forthcoming album set for release in
December 2018 entitled First Rodeo. With 3-time Grammy
award-winning producer Tre Nagella (Blake Shelton, Lady Gaga, Kirk
Franklin) at the helm, Haddock’s debut is sure to turn heads.

This might be the “First Rodeo” for Haddock, but it will surely not be his last.