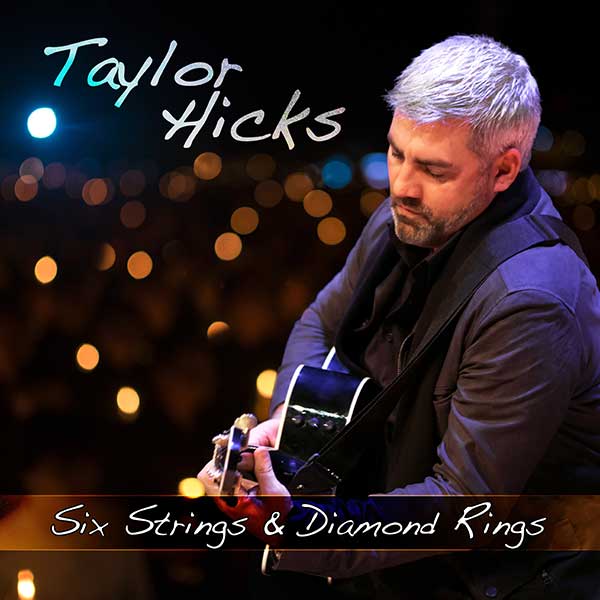 “They say an artist has to live and breathe the art they make. It
also has to be relatable to the people that are listening and to the
lives they lead on a daily basis. No matter what someone may be
experiencing in life, I think music has the power to let us know that we
are not alone in the emotions we’re feeling and the things we are going
through. “Six Strings and Diamond Rings” embodies this for me, and I
hope listeners can take the same ideas away from this song,” Hicks says
of his new single.

“Six Strings and Diamond Rings,” which premiered Wednesday on Billboard.com, is a song about life on the road and the personal sacrifices it often takes to turn a dream into a reality.

In the midst of recording his new album and continuing to tour, Hicks
has also been on the road hosting the award-winning INSP original
series, State Plate, which airs on Fridays at 8:00pm Eastern. State Plate takes
Hicks across the country in search of the states’ most iconic cuisines.
Hicks landed himself a feature column in USA Today after his stop in
Missouri. View the USA Today column here.

Dec 16 The Ritz Theatre, Talladega, Ala.

Taylor Hicks is one of the most beloved and popular AMERICAN IDOL
winners of all time. From the start, Hicks’ material on the mega-hit
show set him apart, with a unique take on Southern soul, Country,
R&B, and blues. Sixty-four million votes were cast and nearly 37
million American viewers and more than 200 million viewers worldwide
tuned in to crown Hicks the Season 5 winner of AMERICAN IDOL, making it
one of the most-watched TV events of the last decade. While he still
continues to tour, Hicks’ talents have expanded beyond the music and
performance realms and carried over to television, where he plays host
on the INSP original series, State Plate. Now in its second
season, Hicks hits the road, traveling the nation in search of the
state’s most symbolic and popular foods. From appetizers to desserts and
everything in between, Hicks take a heaping helping of America in this
hit show.