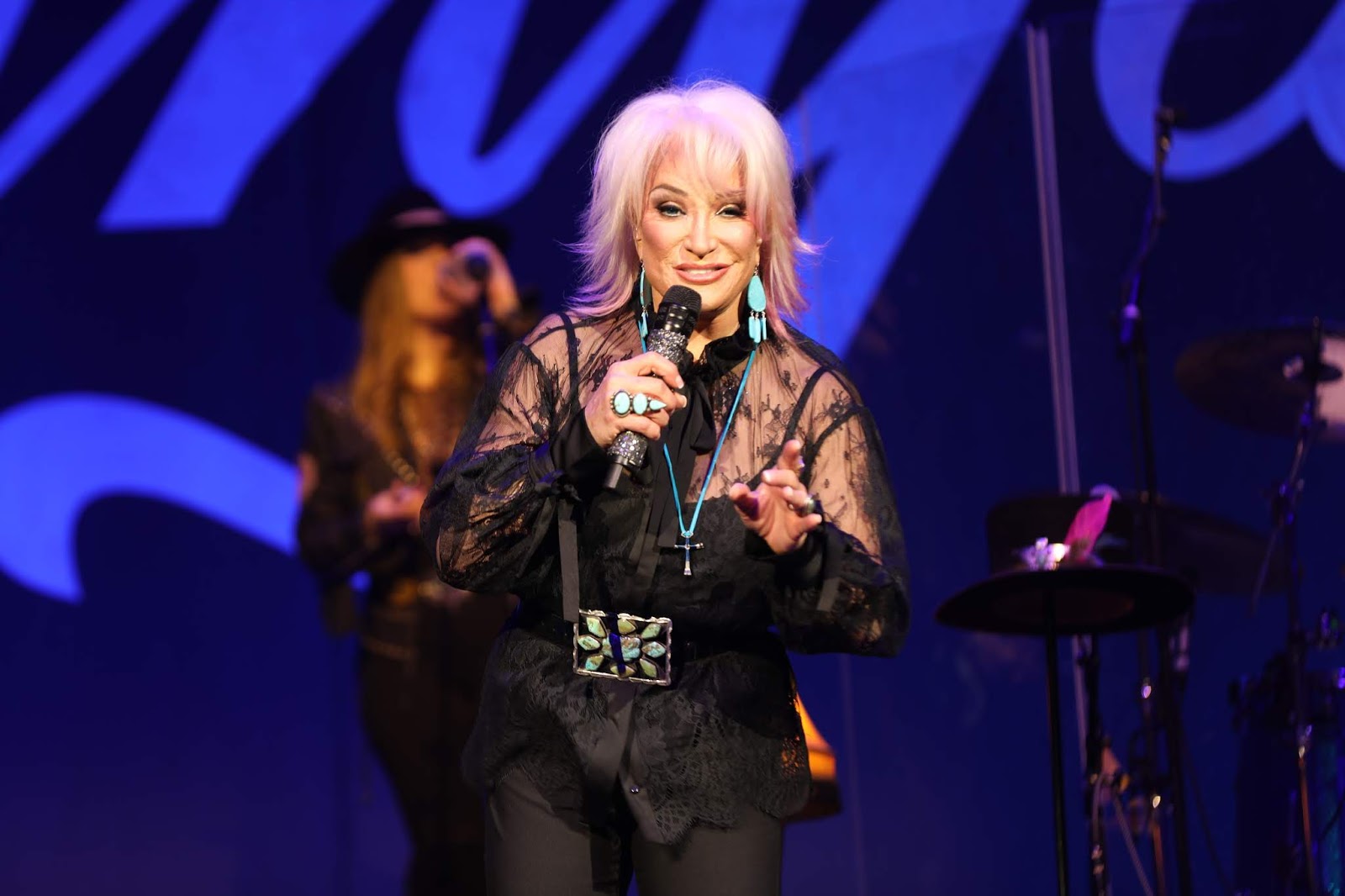 The audience fell in love with Tanya during a set list that spanned five decades, including new material from Tanya’s While I’m Livin’, which landed four 2020 GRAMMY® nominations.

“There is no place in this world that I would rather perform than right
here at the Ryman Auditorium, the Mother Church of Country Music. What a
beautiful, beautiful view I have. The greatest award in the world is
right here,” Tanya shared with the audience.

Next month, Tanya will kick off the “CMT Next Women of Country: Bring My Flowers Now Tour”
on February 5. The CMT tour will make stops in such major cities as
Boston, Dallas, Houston, New York, Ontario, Vancouver and more. Limited
tickets are still available in some markets at TanyaTucker.com.

Born in Seminole, Texas, Tanya Tucker had her first country hit, the
classic “Delta Dawn,” at the age of 13 in 1972. Since that auspicious
beginning, she has become one of the most admired and influential
artists in country music history, amassing 23 Top 40 albums and a
stellar string of 56 Top 40 singles, ten of which reached the No. 1 spot
on the Billboard country charts. Tucker’s indelible songs include some
of country music’s biggest hits such as the aforementioned “Delta Dawn,”
“Soon,” “Two Sparrows in a Hurricane,” “It’s a Little Too Late,”
“Trouble,” “Texas (When I Die),” “If It Don’t Come Easy” and “Strong
Enough To Bend.” Tucker is also the recipient of numerous awards,
including two CMAs, two ACMs and three CMT awards. Recently, Tucker
received four GRAMMY® Award nominations including Song Of The Year:
“Bring My Flowers Now,” Best Country Album: While I’m Livin’, Best
Country Solo Performance: “Bring My Flowers Now,” and Best Country Song:
“Bring My Flowers Now.” The four nominations lead all 2020 Country
GRAMMY® nominees.