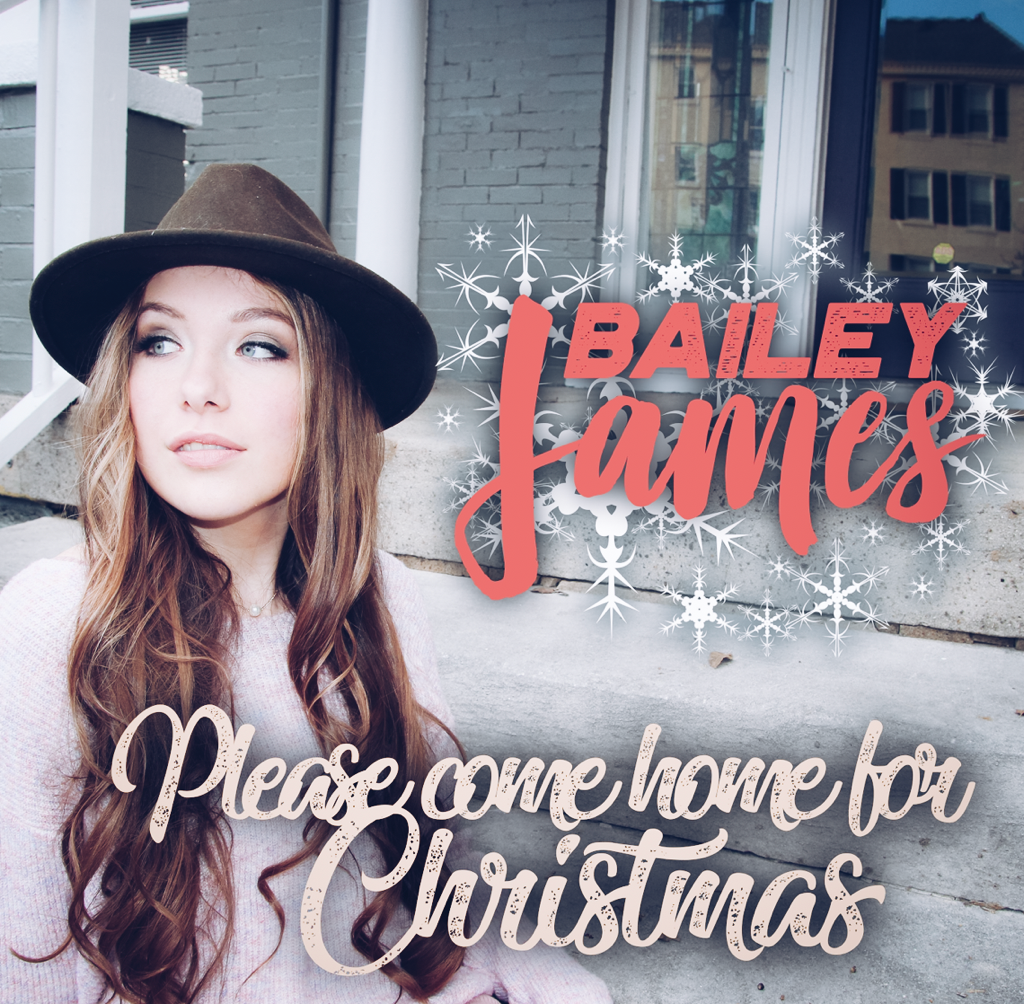 The holiday season is in full swing and country artist Bailey James just released her own rendition of Please Come Home For Christmas, a classic tune that was made famous by The Eagles. This tune is now available on Spotify,Apple Musicand all digital streaming platforms. Accompanying this song is her official music video which can be viewed here.

Even
though she grew up listening to classic country artists like Johnny
Cash, Hank Williams and Patsy Cline, she was later exposed to artists
like Nirvana, Prince and The Eagles. “I’ve always been a fan of this
song,” said Bailey. “Many artists have released their own versions of
the song from Bon Jovi to Gary Allen, Willie Nelson and even Martina
McBride. I wanted to put a little twist on it and show more of my blues
side and I think we did just that.”

In
the midst of the holiday approaching, Bailey just wrapped up a
performance at the Hendersonville Christmas Tree Lighting Event and is
scheduled to participate in the upcoming Christmas 4 Kids Tour Bus Show
on Monday, December 16th, which will also take place in Hendersonville,
Tennessee. The proceeds from this event go to the nonprofit organization
Christmas 4 Kids that will supply Christmas shopping money to more than
four hundred underprivileged children.

With
over 150k followers across her social media platforms and receiving the
latest validated blue Instagram checkmark, nothing is stopping this PA
native. After a successful run with Devil Won’t Take Me Down at country radio and The One,
she is gearing up for the new decade with the release of a brand-new
single which is set for a first quarter release followed by radio visits
and performances throughout the year.

About Bailey James:  With
a Top 40 hit under her belt, this rising country artist is stamping her
name on country music.  Bailey’s year began with an unusual trip across
the country to participate in the infamous Hollywood Week of American
Idol season 17.  Earning the Golden Ticket was a valuable experience
that allowed Bailey to showcase her talents and spread her I Won’t Be Silent message
to the masses in collaboration with The Jason Foundation (national
organization that is dedicated to the prevention of youth suicide).  She
is their first National Youth Advocate and is currently the face of
their latest awareness campaign with her original song “I Won’t Be
Silent.”

With
positive feedback from radio and press including renowned music critic,
Robert K. Oermann, who said “I’ve liked everything she’s ever put out
so far…she’s a master chef as a singer…”  she has appeared and performed
at legendary venues such as the Bluebird Café, the Wildhorse Saloon and
The Listening Room as well as the home of the Grand Ole Opry — radio
station WSM-AM, and taken part in multiple CMA Music Festivals with
performances and autograph signings.

Her
passion for music can be heard in her powerful live performances,
advanced songwriting, and a level of artistry that is well beyond her
years.  The genuine love she has for music and helping others shines
through and promises to only grow stronger as this teen continues her
musical journey.