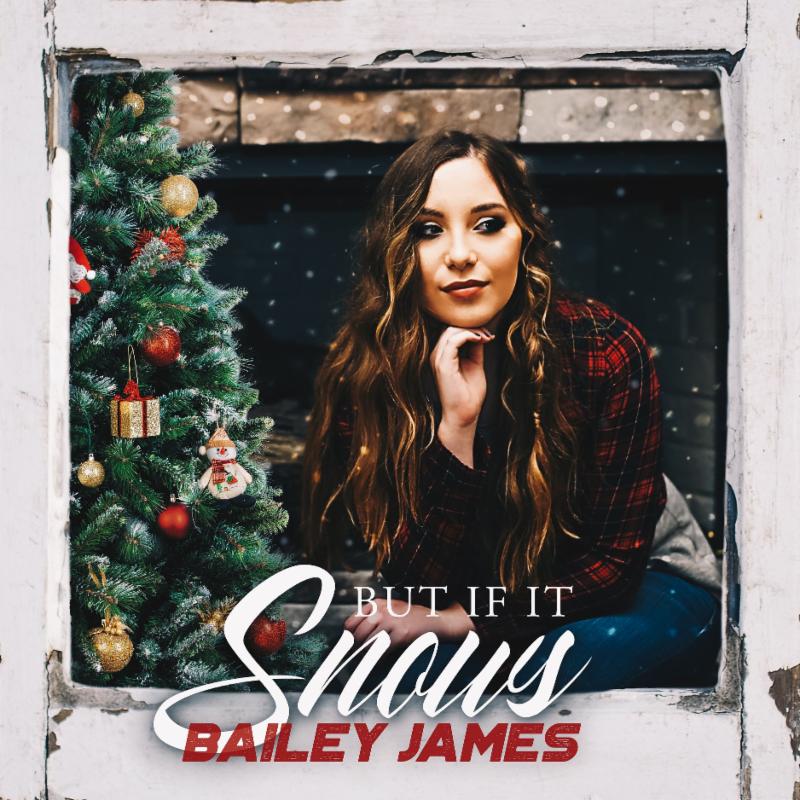 Forget presents and stockings, this teen country artist Bailey Jamesonly needs snow — and perhaps a lost love — to complete her Christmas.  She has released her first original holiday single,But If It Snows, which is going to country radio and is now available on iTunes and all digital retailers today (November 2, 2018).

Written
by James, Julie Downs and Steve O’Brien and produced by O’Brien, this
bluesy holiday country tune is sure to put even the biggest Grinch into
the Christmas mood.  The tune’s groovy, soulful air showcases James’
crystal-clear falsetto and impressive vocal range, while her lyrics
weave a picture-perfect holiday scene. “This is my favorite time of
year,” says the 15-year-old. “I’m originally from Pennsylvania where we
always experience really cold, snowy winters.  For me, Christmas
wouldn’t be the same without snow.”

James is ending a whirlwind year on a high note with the release of But If It Snows to country radio. The release follows two successful singles including her Top 40 hit Run Girl.  She
promoted the single at her first Country Radio Seminar at the beginning
of the year where she performed and was interviewed by countless media
outlets. In the following months, she hit the road for a lively tour
schedule including many radio station visits and festival appearances
including CMA Music Festival. In between the almost constant travel,
James spent hours in the studio writing and recording brand new music
for 2019, including a special song she wrote for her successful
Kickstarter campaign.  Her Won’t Be Silent Suicide Awareness Campaignraised money to produce Won’t Be Silent,
shoot an official music video and record a public service announcement
with a very uplifting message. “At 15, I am a voice for other teenagers.
I provide them someone who listens and has lived a similar struggle.
Awareness is the first step in the prevention of suicide. Please don’t
be silent!” Stay tuned for this and more music to be released early
2019.

About Bailey James:  With
over 140k followers across her social media platforms, this rising
country artist is stamping her name on country music. Bailey James has
gained positive feedback from renowned music critic, Robert K. Oermann,
stating, “I’ve liked everything she’s ever put out so far, and this
continues her winning ways…she’s a master chef as a singer…” She has
appeared and performed at the legendary Bluebird Café, the famous
Wildhorse Saloon, WSM-AM radio — home of the Grand Ole Opry, as well as
multiple CMA Music Festivals.

Her
passion for music can be heard in her powerful live performances,
advanced songwriting, and a level of artistry that is well beyond her
years.  She has followed in the footsteps of country music icons, Rascal
Flatts and Charlie Daniels by joining The Jason Foundation as their
first national teen ambassador. This foundation is dedicated to the
prevention of youth suicide by raising awareness through education and
empowerment. By teaming up with the foundation, James has been able to
bring their mission to the forefront with her social media presence. The
genuine love she has for music and helping others shines through and
promises to only grow stronger as this teen continues her musical
journey.