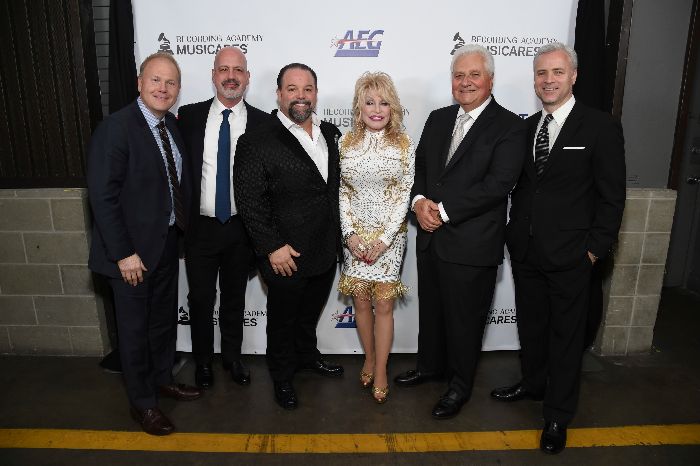 Sony/ATV Music Publishing has signed a deal to represent the catalog of legendary singer-songwriter Dolly Parton.

The agreement takes in songs from across Parton’s entire career,
including the record-breaking “I Will Always Love You,” the Billboard
Hot 100 chart-topper “9 to 5,” country No. 1 hits such as “Jolene,”
“Love Is Like A Butterfly” and “Two Doors Down” and newly-written
compositions. It covers North America and territories not covered by
existing sub-publishing arrangements.

Sony/ATV Chairman and CEO Martin Bandier said: “Dolly Parton is a true
musical icon and we are unbelievably excited to get the chance to work
with her again. Her importance, influence and legacy as a recording
artist is recognized the world over, but more than anything she stands
out as an exceptional songwriter with a peerless catalog of songs, which
we are honored to represent.”

Dolly Parton said: “I am very excited to be working with Sony/ATV. They
know my catalog and they know me. Get ready, you’re going to be hearing a
lot more from me!”

Dolly Parton manager Danny Nozell, CEO, CTK Management, said: “With so
many years of Dolly’s career being under Sony, we feel this is a great
home for Dolly’s publishing administration and we’re looking forward to
the partnership.”

The most-decorated female country music performer of all time, Dolly
Parton still thinks of herself first and foremost as a songwriter.  As
she said when receiving the prestigious Johnny Mercer Award from the
Songwriters Hall of Fame, songwriting “is my favorite thing to do. It’s
my private time with God. That’s when I feel closest to God.”

Growing up in Locust Ridge, Tennessee, she started writing songs as a
child and made her performing debut at the Grand Ole Opry in Nashville
as a teen. Her first success, however, was as a songwriter; two songs
she wrote with her uncle Bill Owens became Top 10 hits for country
singer Bill Phillips.

Parton’s own first hit as a recording artist soon followed, beginning a
run of success that has included 25 Billboard country No. 1 hits, more
than 50 Top 10 country songs and a record 44 Top 10 country albums. Many
of her hits were self-composed, including the Billboard Hot 100
chart-topper “9 to 5,” “Joshua,” “Jolene,” “Love Is Like A Butterfly,”
“The Bargain Store,” “Two Doors Down,” “Coat Of Many Colors” and “Do I
Ever Cross Your Mind.” Her classic song “I Will Always Love You” reached
No. 1 on two separate occasions for Parton before being recorded by
Whitney Houston for the film The Bodyguard. Houston’s version became the
biggest-selling single by a female artist of all time as it topped
charts around the world, including 14 weeks at No. 1 in the United
States.

During her illustrious career, Parton has won numerous awards, many for
songwriting. Her honors include 10 Country Music Association awards,
seven Academy of Country Music Awards, three American Music Awards and
eight GRAMMY Awards, including Best Country Song for “9 to 5,” the title
song of the motion picture in which she co-starred. “9 to 5” was also
nominated for an Academy Award and Golden Globe, while a musical based
on the film and featuring her songs opened in Los Angeles in 2008 and
has gone on to be performed around the world.

In February during GRAMMY Week, she became the first country star to be
recognized as MusiCares Person of the Year, receiving the honor at a
star-studded tribute event in Los Angeles where artists performing her
songs included Miley Cyrus, Don Henley, Shawn Mendes, Willie Nelson and
Pink. The salute extended to the GRAMMY Awards ceremony where Parton
performed music from her new hit album and Netflix series Dumplin’ and
Little Big Town, Maren Morris, Kacey Musgraves and Katy Perry covered
some of her classic songs. Dumplin’ includes the song “Girl In The
Movies,” which was nominated for Best Original Song at the 2019 Golden
Globe Awards.