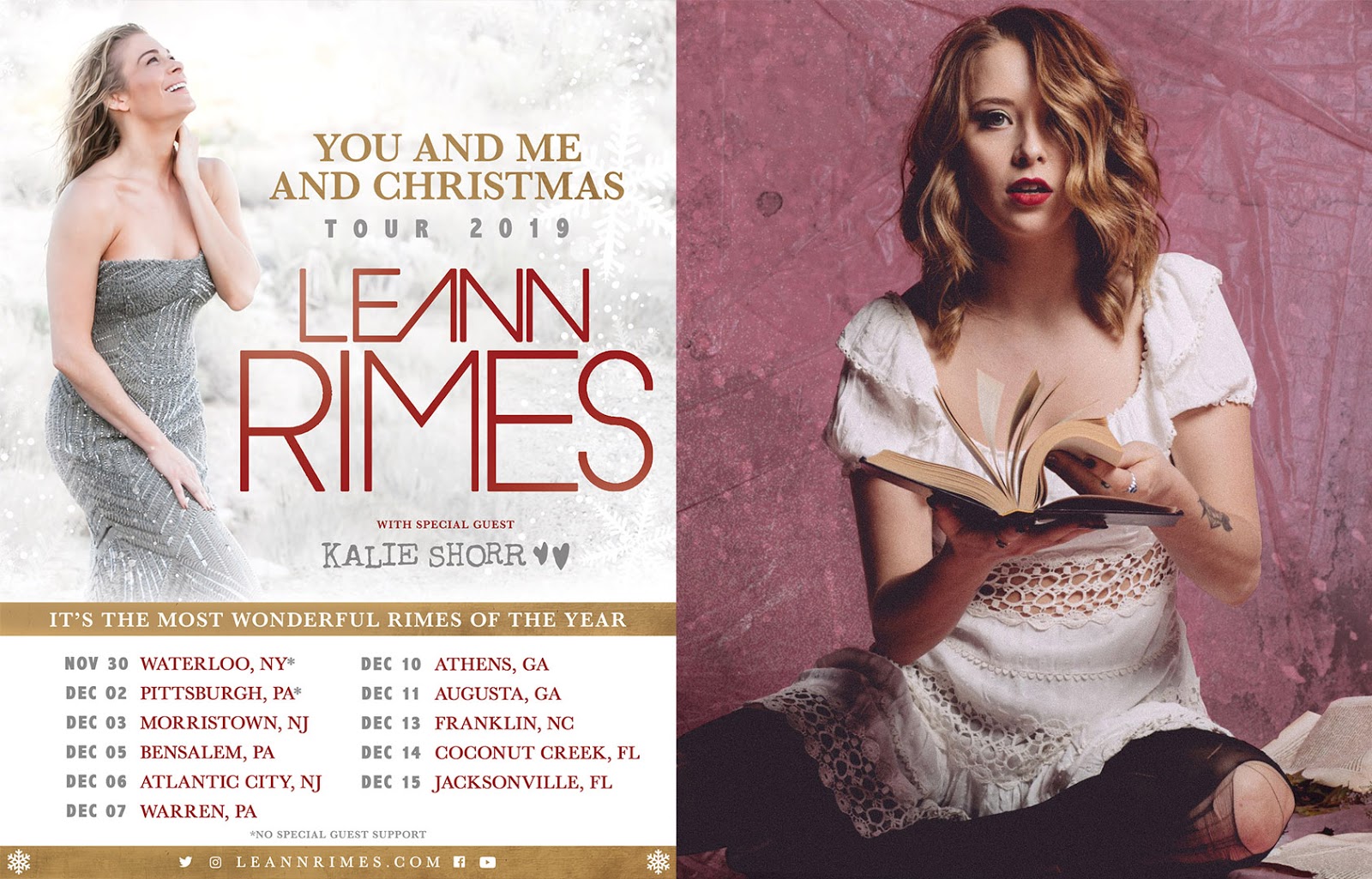 Critically-acclaimed Nashville singer/songwriter Kalie Shorr has been announced as the opener for music icon LeAnn Rimes on the multi-platinum selling artist’s beloved You And Me And Christmas Tour
this winter. The tour kicks off in Waterloo, N.Y. on November 30 and
visits 11 cities across the East Coast. (See full list of tour dates
below).

Handpicked by Rimes, Shorr has built quite the resume in the past few years, becoming what Rolling Stone
recently called “one of country music’s most promising new artists.”
Since her SiriusXM Highway Find “Fight Like A Girl” in 2016 she has been
named a CMT Next Women of Country, toured alongside Sara Evans and
RaeLynn, been featured on NPR programs, PBS NewsHour and in features in
Elle Magazine, Refinery29 and many more. She made her Grand Ole Opry
debut in 2018 and has gone on to play the stage 15 times.

Shorr’s first-ever full-length album, Open Book, was released on September 27 with respected music critic Ann Powers including “Alice in Wonderland” in NPR Music’s Top
20 Songs of September describing it as “a word to a gaslit girl from
one who’s wisened up, this rocker is as gleefully mean as Avril
Lavigne’s finest and as sisterly as something by the Dixie Chicks. Hot
stuff from one of Nashville’s most promising.” With the lead single,
“Lullaby,” having received support by Bobby Bones on his Women of iHeartCountry show, its music video premiered online by Refinery29 and on television by CMT and CMT Music, as well as Saturday marking her 15th appearance on the Grand Ole Opry, the Nashville establishment has embraced the artist’s forward-thinking approach to creating music.

This
is Rimes seventh annual Holiday tour, one that has become a holiday
tradition for many. Attendees can get in the Christmas spirit as Rimes
sings her hits along with timeless holiday classics.

For more information on the You And Me And Christmas Tour, visitwww.leannrimes.com.

You and Me Christmas 2019 Tour Dates: