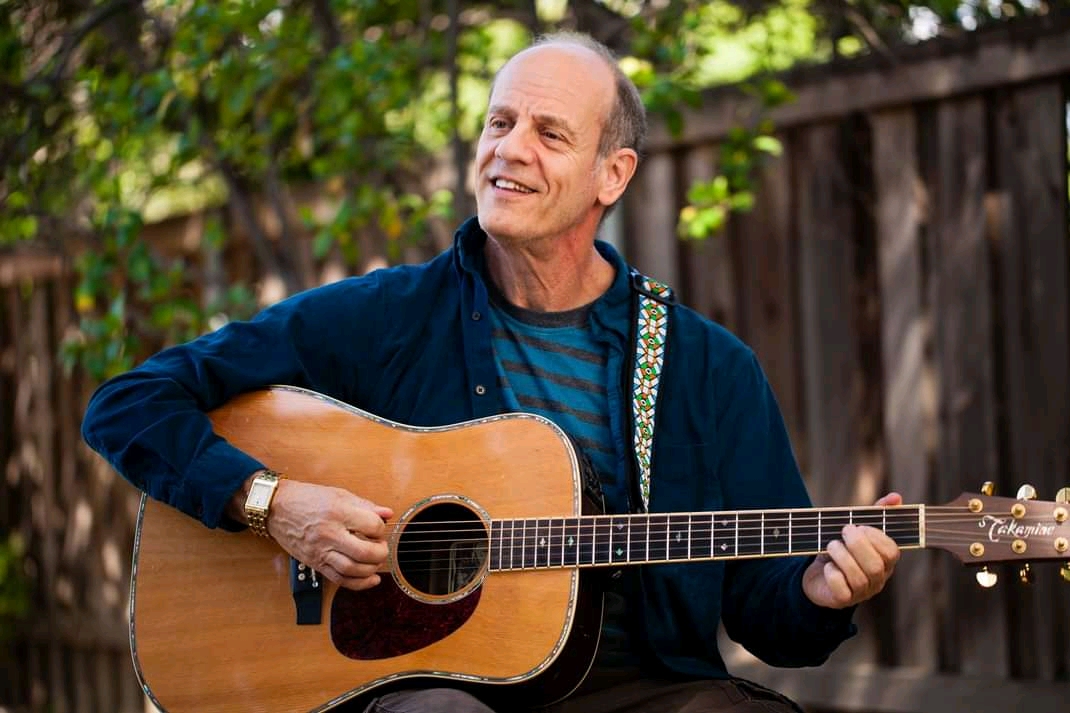 Mr. Seth Hilary Jackson is an award-winning Singer/Songwriter at Row Town Music. Among his career highlights was a Presidential Invitation to the White House, the residence and office of the President of the United States, thanks to his song ‘Pfc. Ross A. McGinnis’, named after a War Hero who received a posthumous Medal of Honor.. The song was performed at the US Army reception following the award ceremony..

In this interview, the independent American recording artist-cum-songwriter gave us an insight of his musical career. A graduate of University of Pennsylvania-The Wharton School with MBA degree in Marketing,  the New Yorker, had developed musical love for Guitar as a kid growing up in Brooklyn. During his college days at Brown University, Mr. Jackson finally bought a guitar and started learning chords; but it’s not until he was an MBA student that he wrote his debut song-“The Job Search Blues”, relating to his experience with “the frenzy of the MBA employment scramble”. Dozens of Seth’s pop and country songs have been placed with recording artists and in film and TV (Series). Several of them made the ‘Top 10’ on European Country Music Association airplay charts.

Welcome to this online interview with our medium. Firstly, can you briefly introduce yourself to us?

My name is Seth Hilary Jackson, and I’m a singer-songwriter. My roots are in classic rock, although I have a lot of other influences. I like to say that my music is genre-fluid. At 66 years old, a lot of people might say I’m way too old to be launching a career as an artist, but I say I’m too young not to be making music and putting it out there.

What motivated you into singing? And which languages do you use in your song/s?

I always liked to sing. Unfortunately, as I was growing up, certain people discouraged me from singing, so I stopped for a long time. When I got into the music business, it was as an “outside songwriter”, writing songs for others to record.

One industry person, though, heard one of my  rough demo recordings and encouraged me to sing more. A few others also began to encourage me, and eventually I recorded an album.

How long have been singing?

Even though I was working as an outside songwriter, there were always lots of writers nights for songwriters to perform their own material. I did a lot of those over a 20-year period.

How many Albums, if any, have you released?

I’ve released one album and a lot of singles. I have enough songs out for another album.

What is your most recent song?

My latest song is called, “Not a Whole Lot”. It came out on Jan. 28. It has a positive message. I wrote it after months in isolation during the Covid lock-down. I know how easy it is to become depressed being stuck at home, but I realized that I was actually doing OK with a lot of things to be thankful for. So that’s what the song is about.

Musical career could be daunting, especially with the advent of Covid-19. How are you dealing with the challenges?

As an unknown artist recently relocated to a new area, I had not been gigging much beyond open mics and an occasional showcase, so Covid hasn’t hurt that aspect of my career. If anything, it’s opened up new opportunities, as live streaming has become way more popular. Also, at my age, the prospect of extensive touring isn’t all that appealing.

What are the successes you registered so far? We understand you’re an award-winning singer/songwriter. Tell us about the award/s.

As an outside writer, I’ve had dozens of song placements with independent artists, film, and TV. One of my songs hit #1 on the European Country Music Association airplay charts.
I was a Top Three Finalist in the Songwriters Universe Contest. One of my songs was on an album by European band Rhythm 4 Boots which was named Country Music Album of the Year in their home country.

One of my proudest moments was when I received a Presidential invitation to the White House because of my song, “Pfc. Ross A. McGinnis”, which was the name of a war hero who gave his lift to save his friends.  He received a posthumous Medal of Honor, and my song was performed at the US Army reception following the award ceremony.

In few years to come, where do you expect to see yourself, in terms of music?

I write songs from a place of wanting to make the world just a little bit better, and I want to keep putting out that kind of energy into the universe. I’ve been learning music production, and being a complete DIY artist gives me maximum creative freedom.

Which age brackets are music appealing to?

My Spotify stats say that my listeners are mostly between the ages of 23-59, with the biggest segment being from 27-34.

What future musical projects do you have?

I’ve already got my next 3 singles ready to go, so I’ll have a busy release schedule. I just finished another song that I want to record. I want to continue releasing music on a consistent basis.

Any messages to your esteemed fans and supporters?

I love you all and I appreciate your support. Keep your eyes and ears pen for new music!

Do you have anything to add?

I appreciate you taking to time to interview me.
Thanks for talking to us.
Official website: http://www.sethhilaryjackson.com
Subscribe to Country Music News International weekly email Newsletter: