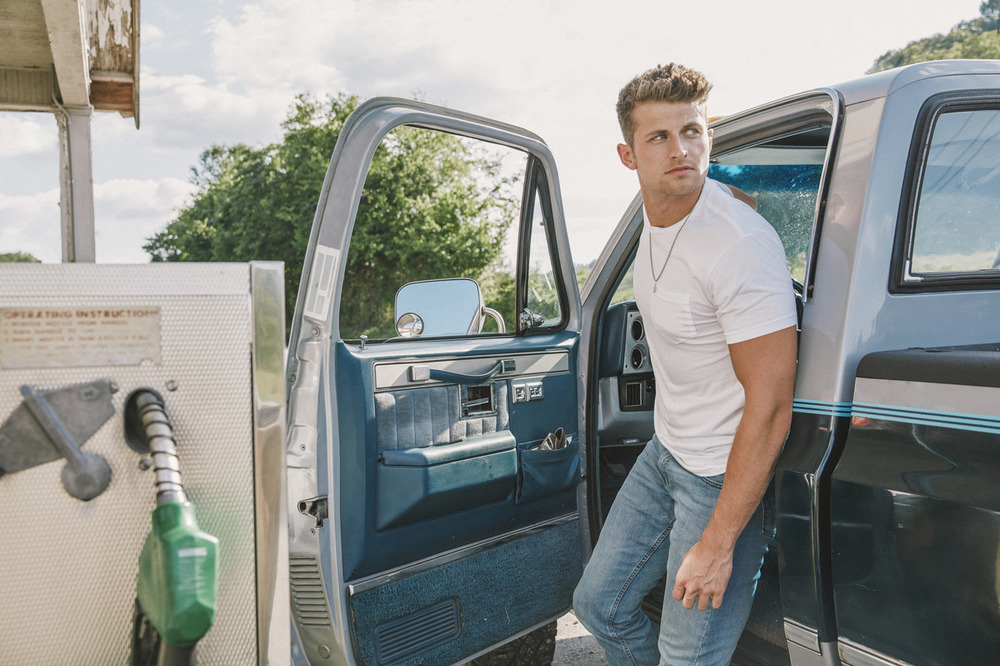 SEAN STEMALY TUNES UP TO GET “BACK ON A BACKROAD”

Big Loud Records’ SEAN STEMALY
is cranking it up a notch, delivering the official music video for his
infectious song, “Back On A Backroad,” everywhere today (10/10).

Shot
in Nashville, TN, and directed by Justin Clough, the clip follows a
hard-working lead, antsy with his dead-end 9-to-5. Eventually, he tosses
his coffee, loosens his tie and leaves work to hit the local car garage
and unwind, heading back out to the backroads that re-connect him with
his roots. In between scenes, Stemaly is seen tuning up a vintage “two
tone, two ton, too clean Chevy,” and driving with his buddy through the
countryside to an all-night bonfire with friends, just as he did growing
up in the river-bottom fields of Southern Indiana.

WATCH “BACK ON A BACKROAD” HERE.

Sean Stemaly was born in Western Kentucky and raised in the river-bottom
fields of Southern Indiana, a hard-worker whose Country music comes
straight from the only life he knows. Stemaly taught himself to sing
over endless days in the cab of a Case IH 9370 tractor, planting the
seeds of stardom to the sound of icons like Brooks & Dunn, George
Strait, Alan Jackson and Jason Aldean. Now based in Nashville and signed
to Big Loud Records, the 24-year-old diesel wrenching, heavy-equipment
operating talent infuses modern Country with youthful, salt-of-the-earth
swagger and rocked up heartland soul – a sound that’s both fresh and
based in timeless traditions. He’s penned over 100 songs in Music City’s
vibrant collaborative scene – including the clever cross-Country
romance of “Georgia” (over 1.9 MILLION Spotify streams) – and is
currently working on his debut studio recordings with superstar producer
Joey Moi (Florida Georgia Line, Morgan Wallen). Stemaly has already hit
the road with artists like Riley Green, HARDY, LANCO, Chris Lane and
Morgan Wallen, among others, and his story is only just beginning to
grow.