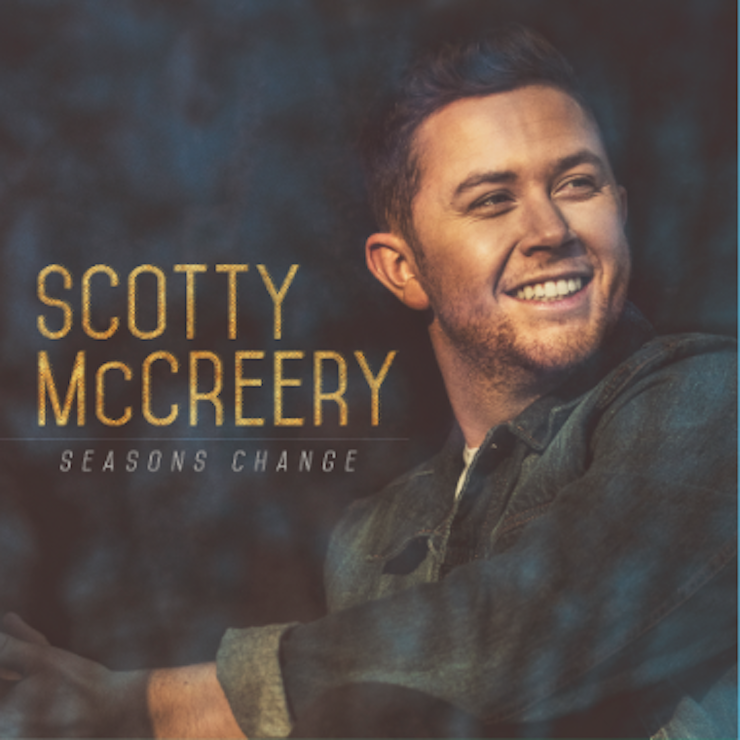 > SCOTTY MCCREERY’S SEASONS CHANGE DEBUTS WITH OVER 40,000 FIRST WEEK, ENTERS AT NO. 1

SCOTTY MCCREERY’S SEASONS CHANGE DEBUTS WITH OVER 40,000 FIRST WEEK, ENTERS AT NO. 1

NASHVILLE, Tenn. – Scotty McCreery has
walked through many seasons, both hot and cold, since breaking onto the
country music scene in 2011, and yet, it seems as though this is only
the beginning. His new album, Seasons Change, arrived at No. 1 on the Billboard Country Albums Chart, marking his fourth full album to enter at No. 1 on a Billboard album chart, selling
more than 40,000 units in its release week (released 3/16/18), one of
the strongest first weeks for a country music album in the last year.

Seasons Change, joins McCreery’s Clear As Day (2011), Christmas With Scotty McCreery (2012) and See You Tonight (2013),
all of which reached chart-topping success in their respective album
release cycles. The album was produced by Frank Rogers, Derek Wells and
Aaron Eshuis.

“It’s been quite a journey these last few years, and to learn that Seasons Change has debuted at No. 1 on the Billboard Country
Albums Chart is awesome and so gratifying,” said McCreery. “I’m glad
everyone is enjoying the new music. I am so thankful to my fans, who
have always been so supportive. With a No. 1 album, my first-ever No. 1
single, and my upcoming wedding to the love of my life, I just don’t see
how 2018 can get any better!”

Seasons Change, which the Tennessean called
“an intensely personal album” is McCreery’s first record in five
years – proving sometimes, things are worth the wait. Perhaps his most
anticipated project yet, the album, released on Triple Tigers Records,
catches fans up to where McCreery is in life today, and exactly how he
got here.

Unlike his previous releases, Seasons Change showcases
McCreery’s songwriting talents on all 11 tracks, featuring
collaborations with Jessi Alexander (Dierks Bentley, Brad Paisley, Blake
Shelton), Monty Criswell (Eric Church, Darius Rucker, George Strait)
and more. With themes such as losing loved ones, moving out on his own,
falling in love and coming of age, Seasons Change is a reflective and honest narrative of McCreery’s experience navigating life in his early twenties.

A No. 1 debut is not the first recognition McCreery’s new
music has seen. The single “Five More Minutes,” which was released
independently last year, earned McCreery his first No. 1 single to date,
reaching the top spot on both the Billboard and Mediabase/Country Aircheck Country Airplay charts. The song has become the highest-ranking single of his career and is RIAA Gold certified.

Just as seasons change, a new one begins for the now 24-year-old. “There
aren’t too many rebirths that happen in Nashville,” he told Rolling Stone. Yet, McCreery is back, stronger than ever and ready for the sure-to-be promising seasons ahead.

McCreery made history in 2011 as both the first country artist and the youngest male artist of any genre to debut his first studio album, the Platinum-certified Clear as Day, at No. 1 on the all-genre Billboard Top 200 Albums chart. All four of his albums have debuted at No. 1 on a Billboard Albums
chart, with current combined sales nearing 3 million copies. He’s
earned two Gold singles and three Platinum singles; won the 10th season
of “American Idol” in 2011; was named the ACM New Artist of the Year in
2011; won the CMT Music Award for Breakthrough Video of the Year (“The
Trouble with Girls”) in 2012; and American Country Awards for new Artist
of the Year in 2011 and Breakthrough Artist of the Year in 2013. In
2016, McCreery released his first book, Go Big or Go Home: The Journey Toward the Dream. His latest album, Seasons Change featuring
his No. 1 hit “Five More Minutes,” was released on March 16, 2018. For
more information and his current tour schedule, visit www.ScottyMcCreery.com.

About Triple Tigers Records (need to double check this with Norbert)