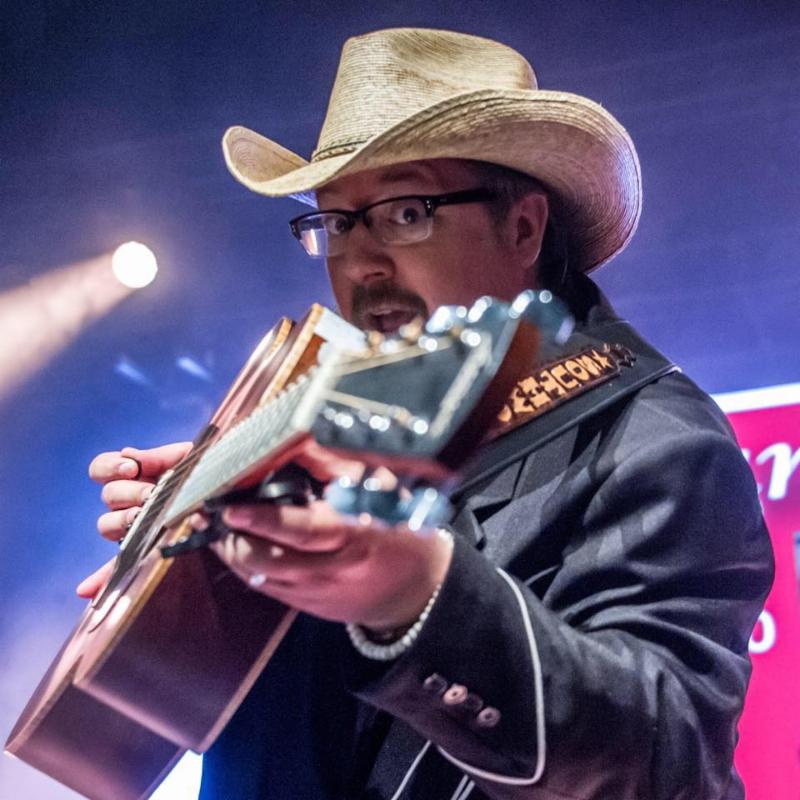 Scott Southworth’s name appears in the top five nominees in two
categories for this year’s Academy of Western Artists Awards. It is just
part of an amazing kick-off for the new year. The distinguished honors
continue the 2018 success of Southworth’s “Hey Hillbilly Singer!” album
which is up for Pure Country Album, while Southworth is in the running
for Pure Country Male.

The singer/songwriter shares, “To make the finals for these awards
that are solely voted on by DJs around the world makes this a very
special honor! I am a fan of my fellow nominees so this truly is an
honor to be included among them!”

These announcements come on the heels of another notable accolade.
In the current issue of Country Music People Magazine, Scott Southworth
made the Editor’s Pick of the Year list as the pick for Indie Songwriter
of the Year.

“Indie Songwriter of the Year: “Utterly flabbergasted! I am first
and foremost a songwriter so to be recognized in this manner by CMP
means more to me than I can ever explain,” states Southworth.

Meanwhile, Scott Southworth’s calendar is filling up for 2019 with
some impressive appearances. This includes another trip overseas to
Barcelona. Southworth will be a headlining performer on the Festival
International de Country Music de Santa Susanna.

The six day festival runs October 20th through the 25th, featuring
country music artists, dancers and a few thousand country music fans
from across Europe and the USA. Southworth is scheduled to headline on
October 24, 2019, with a two hour, full band performance.

This is Scott Southworth’s seventh European tour in the last few
years. Southworth shares, “It’s been amazing seeing the enthusiasm for
traditional country music all over Europe. I’ve already been receiving
messages from friends I met during my tour in France last year letting
me know they were coming to see me in Barcelona! It’s going to be a
blast!”

It is only January, so Southworth is looking forward to more
exciting announcements later in the year. To keep up with Scott
Southworth’s latest news, visit www.scottsouthworth.com or follow Scott at www.facebook.com/scott.southworth.

Scott is proud to be an endorsed Larrivee Guitar artist and is excited to be a Durango Boots Ambassador.