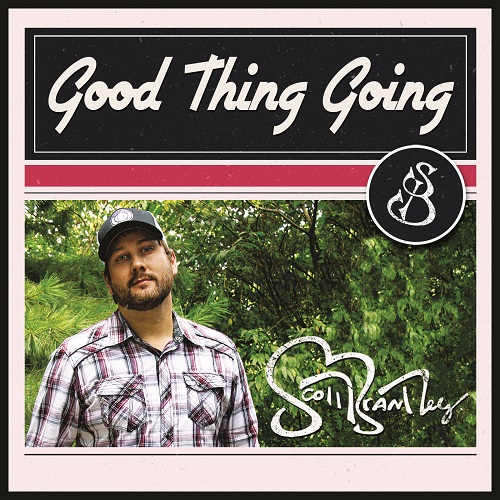 Good Thing Going sums up the old dating advice that opposites
sometimes do attract. The verses are complete with catchy
comparisons, like the opening line, “She’s all yogurt and granola,
I’m scrambled eggs and cheese.” These witty verses lead up to the
simple, yet get-stuck-in-your-head choruses focusing on what a
good thing going they have.

“She’s got fashion figured out, my britches got holes in the
knees.”

A Georgia boy, born and raised in the small town of East Dublin,
Scott Brantley grew up in the heart of blue collar America in a
musically gifted family. Walking the line between traditional and
modern country, he uses the term “country-country” to describe his
style of music. When listening to his songs, it’s clear to see the
influence some of his favorite artists had on him, including:
Merle Haggard, George Strait, Alan Jackson, and Keith Whitley.

Proving himself as a real high-energy performer, Scott has opened
up for artists such as: Luke Bryan, Miranda Lambert, Craig Morgan,
Jamey Johnson, and many others. He was also the frontman of an
award winning band who was named “Georgia Artist of the Year” and
three-time “Georgia Country Band of the Year”. Also an
accomplished songwriter, Scott has collaborated with: Larry McCoy,
Carson Chamberlain, Mike Dekle, Wade Kirby, Jimmy Yeary, Bernie
Nelson and other notables.

“Sometimes I just look at her, sitting right by my side and I
can’t help but to think of how lucky I am, to have her along for
this ride.”