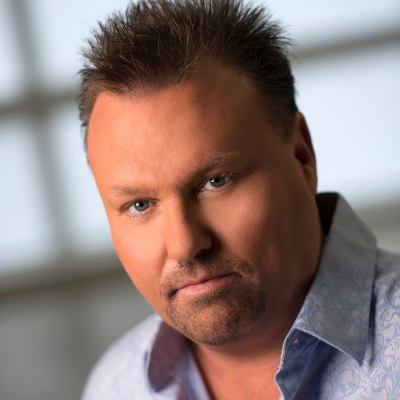 Sammy Sadler was an emerging artist in the
late 1980s on the brink of a successful career with a record deal at Evergreen
Records.  He was full of optimism and
high hopes when he and his friend Kevin Hughes were walking along Music Row in
Nashville on March 9, 1989.

Hughes was a chart researcher at Cash Box
magazine.  While still a student at
Belmont University, he had worked as an unpaid intern before being put on the
magazine’s payroll by Richard “Tony” D’Antonio, Cash Box’s director of
Nashville operations.

Hughes had become suspicious that money was
changing hands in order to push certain records up the charts.  He had voiced his concerns to friends and
family and was considering leaving Music City and returning home to Illinois.

As Hughes and Sadler walked along Music Row
at around 10:20 pm, a masked gunman stepped out of the shadows and shot both
men. Hughes was killed in the attack; Sadler was seriously wounded but
survived.  The assailant escaped and the
crime went unsolved for many years. Eventually, in 2003, D’Antonio was tried
and convicted of Hughes’ murder and the attempted murder of Sadler.

The attack and resulting injuries put a
halt to Sadler’s promising career, in addition to depriving him of his friend.  It has been a hard road back for Sadler,
putting the pieces of his life and his career together as he deals with PTSD
related to the attack.

But two aspects of Sadler’s life have
remained unchanged: his innate talent and his remarkable determination.  Despite the odds, between 2012 and 2016, on
his own, he put together two successful tours, both aptly titled “Taking the
Country Back.”  Handling the project
himself, the tours played more than 200 dates with co-headliners such as Jeff
Carson, Ken Mellons and Buddy Jewell.

Now, thirty years after that murderous
attack, Sadler’s career is entering a new phase.  He has been working quietly to assemble a
team to work with him on several projects that are already taking shape.

“Sammy is an amazingly gifted
country singer whose career was literally stolen at gunpoint. Despite his
horrendous ordeal, he has NEVER given up on himself, Nashville, the industry,
or his dream. Most people would have walked away. That says a great deal about
his character. This business requires not only talent, but resilience…he has
both.”– Cathy Nakos, CN Productions.

Nakos made it one of her first orders of
business to secure a booking agency for Sadler. She tapped WBA Entertainment
(Larry Carlton, Paul Brown, Remembering Hee Haw, The Highwaymen Live Brothers
Brown, Mark Newman, etc.) to represent him.

“Sammy brings a lot to the
table,” stated his agent, Whitney Crabtree. “Not only were we
extremely impressed by his talent and his story, but his sheer determination.
Not everyone can put together a tour like he did, enlist the talent that he
did, and manage all the pieces and parts that go into it,” she explains.
“With all he did on his own, it’s exciting to think what he could do with
a great agency behind him. He certainly deserves that chance.”

Sadler’s ongoing tenacity has allowed him
to continue his career in the music industry despite his tragic past. He is
currently putting the finishing touches on projects that he hopes will capture
the country world’s attention once again.

Sadler says he is excited about these
projects, some of which he has been working on for more than a decade.  “The business has changed a great deal
since the late 80s and it’s taken me some time to wrap my head around it,” he
admitted. “But, there’s a lot of opportunity for guys like me to reach my
audience more than ever before. It will be interesting to see how the country
community reacts.”

On November 10 of last year, Sammy Sadler
provided a free copy of his single, “In America” on his website to honor
American veterans. Sammy is reportedly continuing to work on his biography and
is back in the studio working on a project. Details of this upcoming project
will be announced soon.  Music, videos
and more at Sammy Sadler’s website,  https://sammysadler.com/