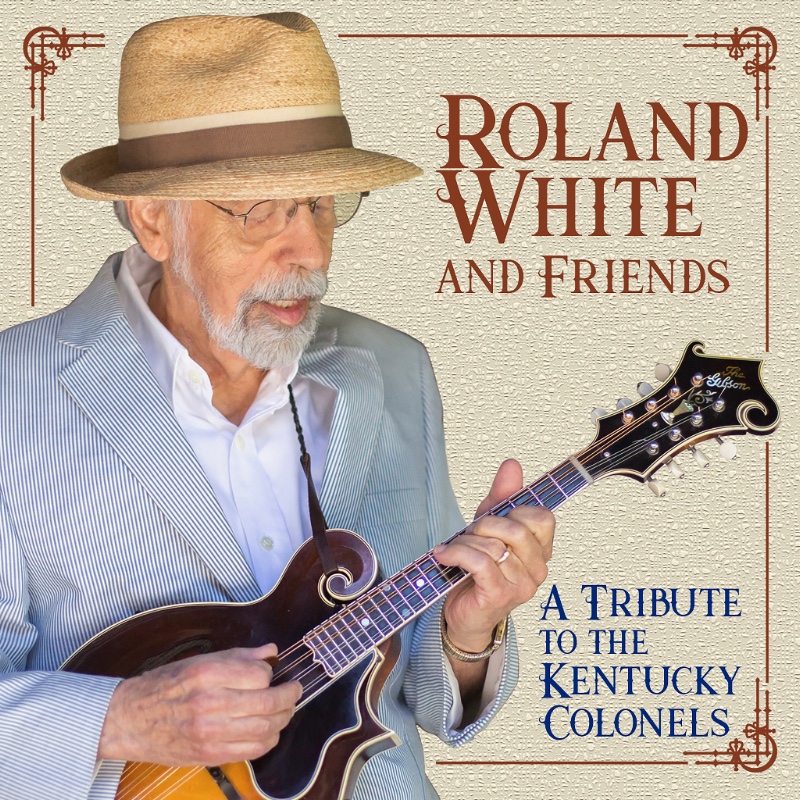 Roland White and Friends: A Tribute To The Kentucky Colonels available now

Roland White and Friends: A Tribute

To The Kentucky Colonels available now

A living legend recently inducted into the International Bluegrass Music Hall of Fame, master mandolin player and singer Roland White is celebrating a trailblazing period of his storied career with new recordings of songs he helped make classic. Roland White and Friends: A Tribute to the Kentucky Colonels is a collection of hand-picked favorites that comprise an ultimate tribute to a groundbreaking era in the genre. The album is available now HERE.

Featuring
a broad range of some of today’s most talked-about acoustic musicians
and singers, the project offers a new take on the magic of the original
music made by the Colonels in key live and studio recordings from the early 1960s. The Kentucky Colonels — with the line-up Roland
first formed in 1954 —  became one of roots music’s most iconic bands.
It is only now, decades later, that we can see the strong threads of
musical influences the group has had on bluegrass and the greater
acoustic music world.

Listen to Roland White And Friends: A Tribute To The Kentucky Colonels HERE.

Roland White is a living legend in Bluegrass Music. Inducted into the
International Bluegrass Hall of Fame in 2017, his career spans 60 years.
From his start as a teenager with his brother Clarence in what would
eventually become the Kentucky Colonels, Roland has been a musical
influence on more than just one generation of musicians.

His career is pedigreed. From the far reaching influences of the
Kentucky Colonels and the New Kentucky Colonels, to his time as a member
of Bill Monroe’s Bluegrass Boys to his innovative musicianship in
celebrated bands like Country Gazette and The Nashville Bluegrass Band,
to his years of studio and solo work all the way to his current outfit,
The Roland White Band, it’s nothing short of consummate.

But
above all, it’s White’s stylistic playing and singing that makes him an
icon. It’s the way he seems to “dance” through his instrument with a
touch, tone and aliveness that expresses and communicates feeling to all
that hear. In much the same way, White creates mood vocally with rare
uniqueness and personality. It’s White’s creative innovation and
professionalism that has made his music stand the test of time.

Even
today, White is known in Nashville as a person who continues to bind
the city’s Bluegrass community together. A mentor to all who have a
chance to meet or play with him, he has nurtured numerous performing
artists and been an ambassador to the genre.