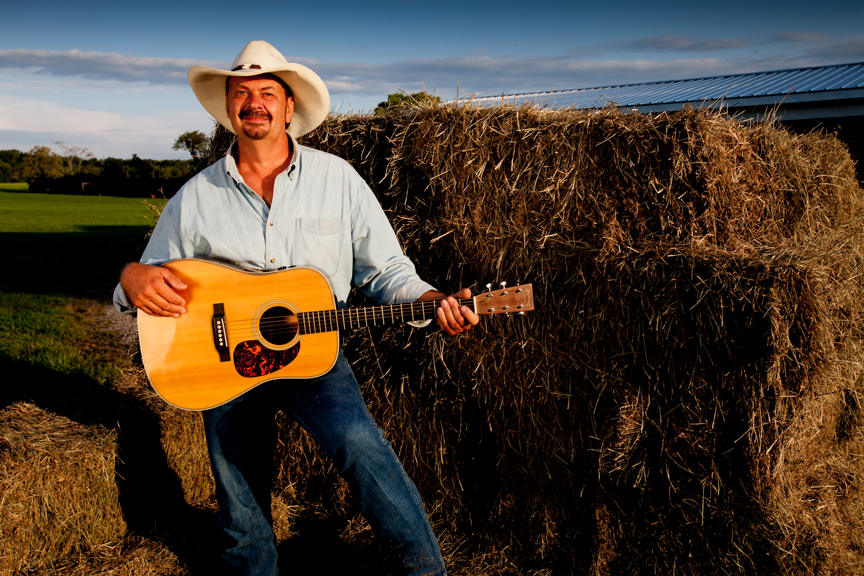 Richard Lynch:  I am an authentic genuine traditional country artist through and through, who loves real country music.

Answer:  We had a fantastic year with my original songs being played frequently alll around the world, sells of my latest album were the most of all my albums.  We did a lot of interviews and visits with radio and TV shows and our touring was strong though 2019 and beginning of 2020 until the pandemic hit and most everything was cancelled until late summer.  We did a few shows at our own barn on our farm and had a great time with our guests.   I have been writing more music and releasing new songs into getting back into the studio twice to put together my 5th Nashville produced studio album by the end of the year.

Richard Lynch: The latest CD was released early 2019 called Think I’ll Carry It On and it has been the best received.  Recently won an award for best country album of the year by the W.A.M. Awards and the sales have been strong.  I wrote or co-wrote all 10 songs on this album, I am very proud and has gotten great reviews.

Lamitschka: How did you choose the title for the CD?  Is there a story behind the name?

Richard Lynch: The title is a line in the song Back in 1953 about a special guitar my Dad gave me that I recently had repaired and was able to play for the first time in 30 years.  The emotions of playing that guitar brought the memories of my Dad and how I plan to carry on his music to the next generation

Richard Lynch: Yes I am now writing or co-writing with fellow musicians all my songs now.  I plan to continue to write as much music as I can.

Richard Lynch: The songs are vary diverse, the main influences are God (Pray on the Radio), my Dad (Back in 1953 and Daddy’s Guitar) and my country lifestyle.   There are a couple duets with 2 of my musical heroes:  Ronnie McDowell (Love Tattoo) with a veteran tribute and with Leona Williams (Another Honky Tonk Song) about getting our start playing in the honky tonks.  Along with a couple of fun toe tappers (You Can’t Stay Here & Fast Times and Easy Money).  The (Old Feed Store) about one of my favorite shopping experiences and memories.  A patriotic tune (We’re American Proud) influenced by my fellow farmers, veterans and truck drivers.  Spirtual songs include (One Breath Away).  My take on the state of country music today (They Don’t Play Em Like That).  And the real story about a nuisance of a brother-in-law who likes to disparage people on social media (Keyboard Cowboy).

Richard Lynch: This one has all songs I wrote, and we self-produced this album.

Richard Lynch: It brings a positive outlook on our current troubled times.

Lamitschka: You did a duet with Leona Williams. How did that happen to come about?

Richard Lynch: Leona Williams,  I wrote the song Another Honky Tonk Song about playing those clubs back in the day.  I did a couple shows with Leona and I knew the song fit her just as much as me, she heard the song, loved it and agreed to get in the studio with me.  She is awesome!