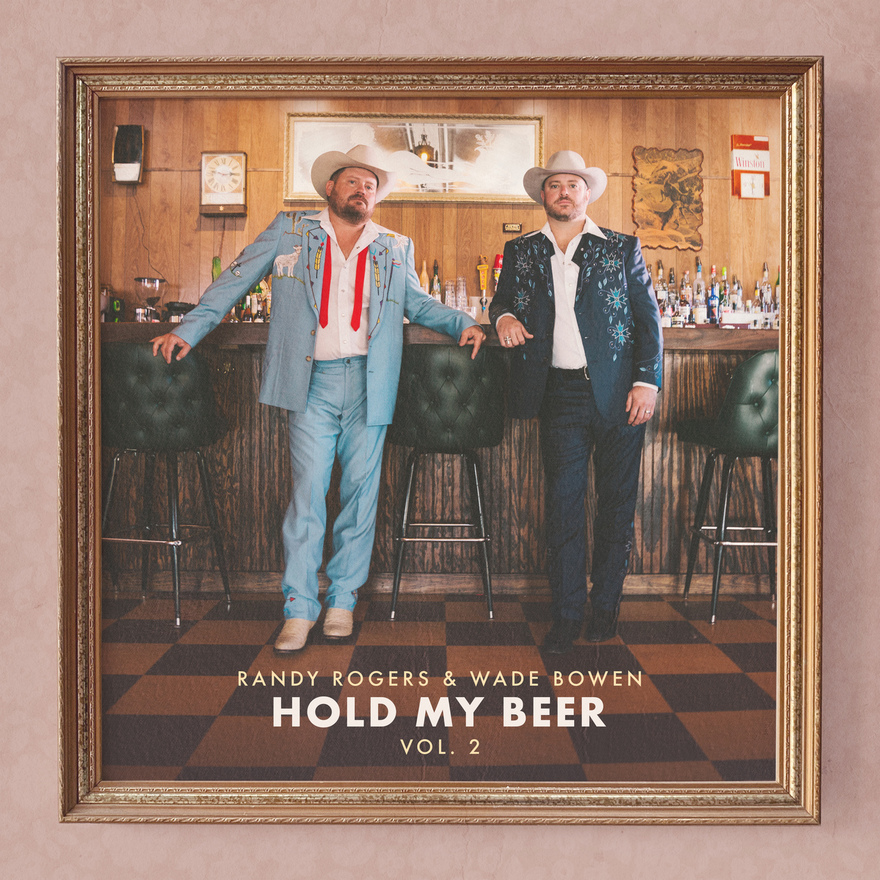 Individually, Country mainstays RANDY ROGERS and WADE BOWEN
have racked up countless career milestones. Together, the pair has two
decades of friendship and collaboration under their belts. Ready to mark
the next chapter in their musical partnership, Rogers and Bowen are set
to pop the top on their latest studio album HOLD MY BEER, VOL. 2 on May 8.

Available for preorder today (2/28), the 10-track project serves as the long-awaited follow-up to their critically acclaimed collaborative debut, HOLD MY BEER, VOL. 1 (2015), and fan-favorite live album, WATCH THIS
(2016). Produced by the legendary Lloyd Maines, this new offering
features all unreleased tunes which not only highlight the pair’s
undeniable camaraderie, but also showcase their songwriting and musical
prowess.

“Unlike our first record, which kind of happened out of nowhere, this
album was really planned,” explains Bowen. “We made a conscious effort
to write for this specific project and also focused on bringing the best
outside songs to the table. It was really important for us to be as
mindful and purposeful as possible when it came to choosing the songs
that made the cut for this volume.”

“Every single song on the album comes from the heart,” Rogers continues.
“Some will make you laugh. Others will make you cry… But when it’s all
said and done, we just hope the music speaks for itself and reflects the
amount of time and love that went into each of these songs, from the
melodies to the lyrics. We couldn’t be prouder of this album.”

As a collection, HOLD MY BEER, VOL. 2
is chock-full of catchy hooks and standout moments that are sure to
lead to rowdy singalongs, render fans speechless, and everything in
between. Each track is a highlight in its own right, with tunes like
“Rhinestoned,” a clever love-letter to old-school Country music (penned
by Lori McKenna, Ryan Beaver, Ashley Ray), and the emotional “Ode to Ben
Dorcy (Lovey’s Song),” which features the duo’s vocals alongside an
unreleased demo by Waylon Jennings.

Luckily, fans don’t have to wait until summertime rolls around to hear
new music from the talented pair. Rogers and Bowen have offered up the
first taste of their upcoming project with the release of “Rodeo Clown”
– out today (2/28). Written by Chris DuBois and David Lee, the tune
serves as a comedic take on heartbreak, with its leading man losing his
lover to a less than ideal candidate.