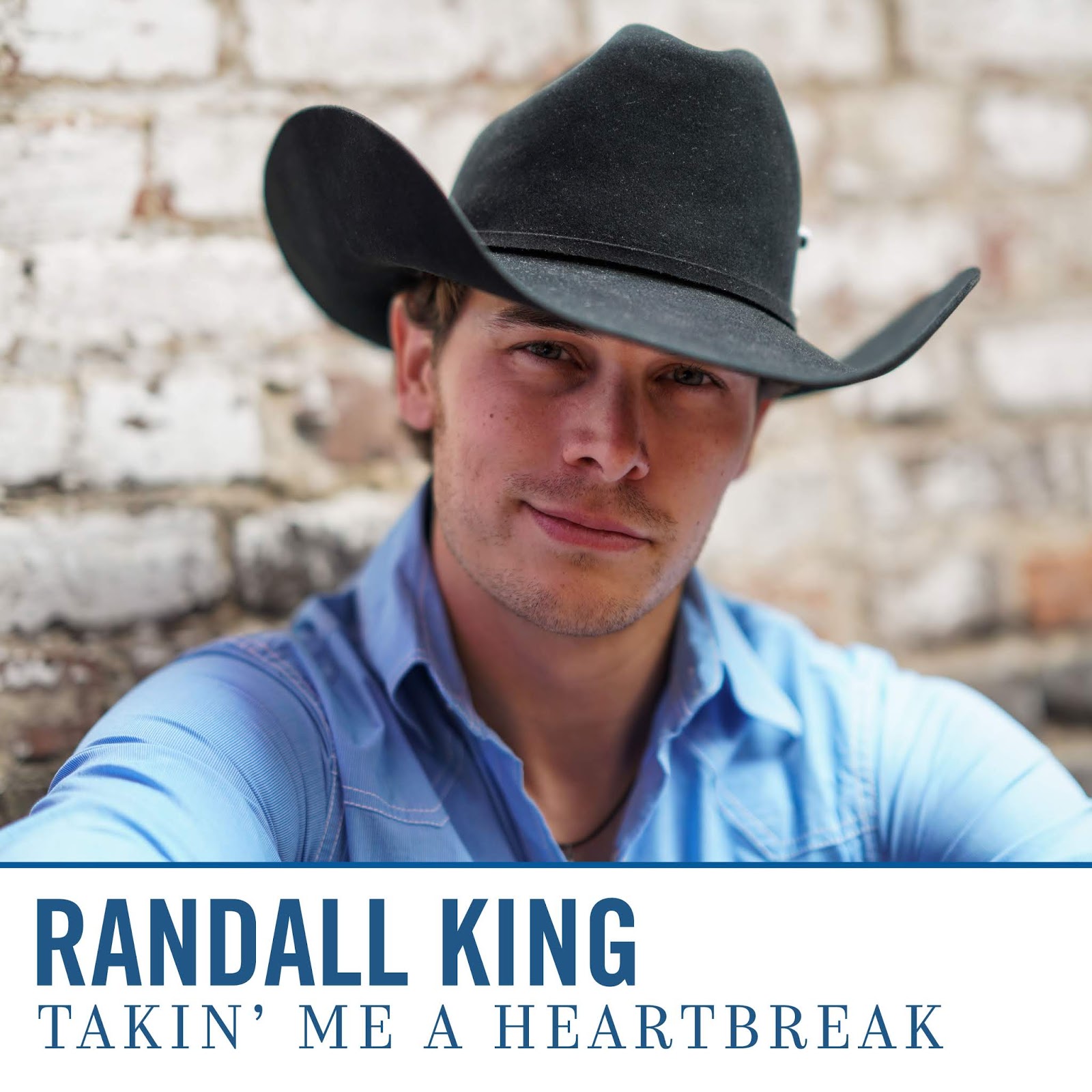 Get ready to hear a lot more of
neo-traditional country revivalist Randall King, whose single “Takin’ Me
A Heartbreak” impacts country radio beginning March 18th.  The
most recent single off his breakthrough eponymous debut album, “Takin’
Me A Heartbreak” is an instant country classic weaving King’s modern
charm with the clear influence of country greats like Keith Whitley and
George Jones.

In addition to sending the song to radio, King also just premiered the brand new music video for the song on Taste Of Country, featuring the buzzy newcomer in his natural environment: playing live for hundreds of adoring fans singing right along.  Watch the exclusive premiere of the video here.

“I love what Zack Morris Media was able to capture in this video,” King
says. “Everything I do, I do with heart. I wanted to make sure that this
video puts an emphasis on the hurt you feel when you hear this song —
and see the hurt first hand. We play with a lot of energy and you can
see the connection between us and our fans through the music. That’s
what it’s about. Makings sure they feel what you feel and connecting
with them.”

Randall King co-wrote “Takin’ Me A Heartbreak” with songwriter Joel
Shewmake. “Sometimes you just need to let go, turn your pain loose, and
move on,” King says of the song. “And everyone deals with heartache
differently. But the heart in this song is used to being broken and beat
on, and has figured out the path to healing. Sometimes you just need to
take a heartbreak.”

Hailing from the Texas panhandle, Randall King quickly caught the
attention of country fans thanks to his timeless writing and traditional
sound — not far removed from artists like Randy Travis, whose sound
reinvigorated the country scene in the 1980s.

“Folks, a breath of fresh air just blew into Nashville, TN from out in
West Texas,” says Brice Long (Randy Travis, Chris Stapleton, George
Strait). “With a cowboy hat shaped just right, a guitar full of country
songs, and a voice soaked in Whitley and Haggard, Randall King is what
this town needs right now.”

“From his ‘straight out of the honky tonk’ vocals to the painfully
honest lyrics that he’s singing, Randall King’s ‘Takin’ Me A Heartbreak’
is a fine example that country music is alive and well,” adds Bart
Butler (Jon Pardi, Cody Johnson).

King has earned the praise of plenty of country legends, including Garth
Brooks, who said of King, “This kid is what country music is all about
to me.” Randall King even eventually wrote with Brooks, who chose their
song “The Road I’m On” to open his legendary live show.

Humble beginnings, a cultivated work ethic and the influences of classic
country legends, synchronized together in perfect harmony, make up
singer-songwriter from the West Texas Plains, Randall King.With a sound
rooted in tradition and songwriting that showcases honesty, conviction
and authenticity, King connects on all emotional levels. Produced by
King himself, his 2018 eponymous debut album immediately resonated with
fans and country legends alike, earning praise from top songwriters like
Brice Long and artists like Garth Brooks.