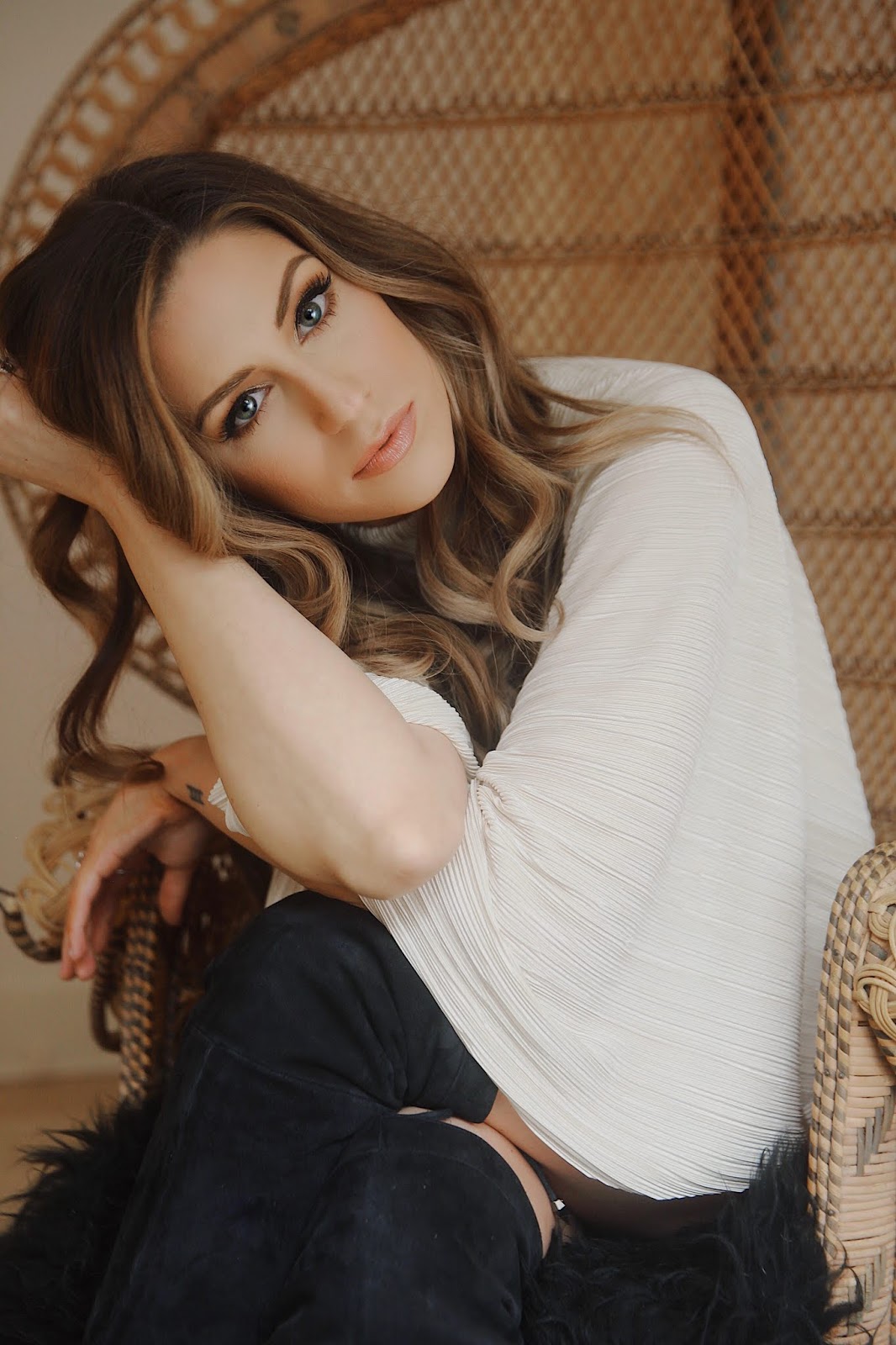 1. Music has many new fans throughout Europe who may be hearing about
you for the first time. How would you describe yourself and the music
you play to someone who has never seen or heard you?I would say
that it’s definitely a mixture of old and new elements. My sound is
heavily influenced by the sounds of Laurel Canyon in the 70’s –
everything from Fleetwood Mac to Neil Young to The Eagles – but it still
has a contemporary feel. All of my songs are really personal and
authentic to me. I describe it as “California country.”

2. Can you talk about your new single, “Dark Star,” and what we can expect to hear next? Dark
Star was written in the midst of a very transitional phase of my
life/career. It was inspired by the struggles and fears that I’ve had to
face after leaving the band I was in to pursue my solo career. However,
it mainly serves as this optimistic/hopeful reminder to myself that
even in the darkest of times, I still have this light within me. As far
as what’s next, I’m working on finishing up my album. I would say to
expect more songs that touch on many different chapters, relationships,
and experiences I have been through over the years. Musically,
everything sounds very cohesive with the other two singles I have
released.

3. Who inspires you musically, and how deep do your musical roots run?I’m
inspired by lots of different artists. I would say that Fleetwood Mac
and Stevie Nicks have played the largest role in the influence of my
sound and songwriting style. I was a child of the 90’s, so 90’s
alternative rock will always have a special place in my heart. But I
also love a lot of current artists-John Mayer is one of my all time
favorites. I also love Harry Styles’ solo debut. Maggie Rogers, Julia
Michaels, Kacey Musgraves, and Lennon Stella are in my current rotation.
My musical roots are pretty interesting – no one in my family is
musical at all, but I knew from a very early age that this was what I
wanted to do with my life. I started singing/performing when I was 5,
and it just was this very natural talent/ability for me. My love and
passion for music, not only as a creator, but as a listener has brought
me to where I am today.

4. What do you think about today’s music scene versus its post, and where do you see it going in the future?I
love how blurred the genre lines are becoming, especially in country
music. To me, that feels progressive, and I think it’s because people
all around the world are able to access and discover new music so easily
now. I think it’s also great that artists without labels are able to
self-release and be given a true chance to be heard and find their
audience. I’m not sure what the future holds, but I’m thankful to be
creating the kind of music I am today without boundaries or boxes,
because I think all music should be just as diverse as the people
listening to it.

5. What differentiates you from other country music artists?
Probably
my story and my past. I’ve definitely been on a very different path
than most artists, but it’s made me who I am today. My experiences in
the band that I used to be in have made me who I am, and I’ve really
been humbled and forced to grow up/find myself as a person and as an
artist over the past three years since I decided to pursue my solo
career. I think all of that is reflected in my sound and my songwriting.

6. What have been your greatest challenge in music business?
Starting
over. Many people that I thought were friends in the industry turned
their backs on me. I went broke. I had to sell my house to survive. I
couldn’t get anyone to work with me. I had to discover myself, discover
my sound, and re-establish myself in the Nashville community. It’s been
an incredibly humbling experience, but it’s made me so strong and
confident in who I am today.

7. What hopes and desires do you have?
I
just hope that my music gets heard in the biggest way possible. I also
love performing, so I want to be able to tour and play these songs live
for people all around the world.

8. What can your fans expect to see when they see you in concert?
Me
in my element, comfortable in my own skin, singing my heart out,
telling my stories. I want people to feel like they know me from my
songs, and I hope it resonate on a deep level.

9. Do you have a favorite song that you wish you wrote?
There
are too many. Maybe “Here Comes The Sun” by the Beatles. Who doesn’t
love that song? You can’t help but just feel instantly lifted up every
time you hear it. It’s so beautiful, yet simple, yet complex. It’s
probably one of the greatest songs of all time.

10. What message would you like to send your European fans?
I am DYING to perform out there! I’m gonna do all I can to tour overseas as soon as possible.