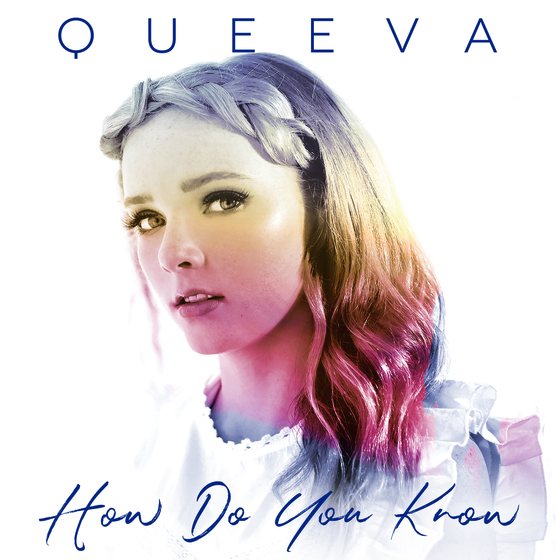 At only 15 years-old, up-and-coming songstress QUEEVA prepares to set free her debut album How Do You Know on July 14.
The budding songwriter co-wrote every track on the album with mentor
and hit songwriter Jamie O’Neal, who is also credited as producer of the
album.

Following
the CMT.com world premiere of her music video for “How Do You Know,”
the rising singer-songwriter continues to garner a list of accolades,
having appeared on Nickelodeon’s Fresh Faces, capturing over one million streams on Spotify and YouTube, and landing on multiple Spotify playlists including Fresh Finds: Country, Wild Country and Pop-Co, while also reaching overseas audiences appearing on Spotify’s In Viaggio
playlist (Italian for “In Travel”). Aside from having the direction and
support from chart-topping songwriter and powerhouse vocalist, Jamie
O’Neal, the promising songstress teamed up with a long list of
accomplished writers including Rob Crosby (Luke Combs, Eric Paslay,
Trace Adkins), Stephanie Bentley (Martina McBride, Gloriana) and Lisa
Drew (Love and Theft, Martina McBride).

Captivating
the attention of all age groups, young audiences strongly relate while
older audiences fondly reminisce of their first love.  QUEEVA co-wrote
“How Do You Know” alongside hit-songwriting duo O’Neal and Shaye Smith,
who together penned O’Neal’s hits “There Is No Arizona” and “Somebody’s
Hero,” as well as Martina McBride’s “How Far.”

Empowerment is a running theme on the 9-track release, which is filled with words of wisdom far beyond the youngster’s tender age of 15. “We
spend so much time trying to be something we are not. I wanted to write
songs that inspire my generation to not be a follower and let their
true colors show,” QUEEVA stated.

Encouraging
words of self-love and confidence flow out of songs like “Stand Out”
and “Who You Really Are,” declaring that one should always, “Stand out from the ordinary crowd, never let em’ hold you down.”

“Going
Back” acts as an ode to her mother’s homeland of Galway, Ireland,
starting with a prominent country fiddle and carried out with subtle
underlying Celtic backdrop throughout, while track whimsical track
“Young, Wild and Free” reminisces about simpler days in emerald isle, “Ireland is my happy place where I’m surrounded by family and music.”

The album will be available through all digital platforms, including Spotify, Apple Music, Amazon Music, and more.

Born
in Chicago, IL, QUEEVA was raised with five siblings in a creative
Irish clan speaking both Gaelic and English and dividing her time
between the US and Ireland. In fact, her name, sometimes spelled
Caoimhe, means, “gentle,” “beautiful” or “precious” in that language.
Early on, QUEEVA gravitated to Country music’s greatest
storyteller-artists who were skilled in illumining their everyday
experiences in a song. She then went on to compete in talent contests
all over. QUEEVA started to earn a name for herself at a very early age
when she landed national TV spots, including an acting role in an
episode of Chicago Fire, a role in a Build-a-Bear commercial,
among others.  By age nine, she caught the attention of Jamie
O’Neal and under O’Neal’s guidance, QUEEVA found her unique, fresh style
as a songwriter and artist, which is reflected in her songs.

How Do You Know Track Listing:

1. How Do You Know (QUEEVA, Shaye Smith, Jamie O’Neal)

4. Who You Really Are (QUEEVA, Minnie Murphy, Jamie ONeal )