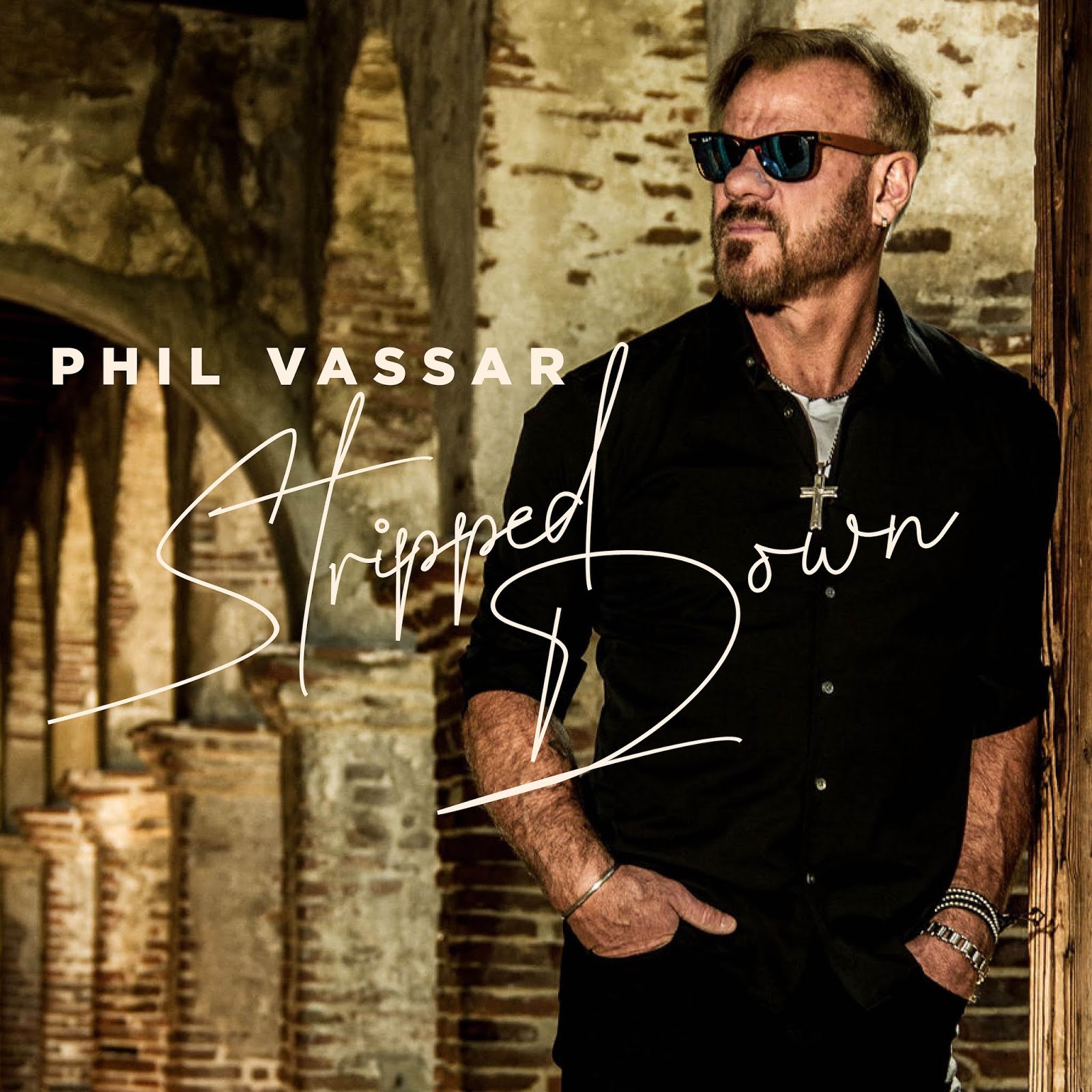 Multi platinum-selling singer/songwriter Phil Vassar is releasing his long-awaited 10th studio album, Stripped Down.
The album’s effortless production puts the songs front and center. It
features songs written over the past 20 years but never-before recorded
and new music, including “This is Where The End Starts”, co- written with daughter, Haley Vassar. American Songwriter
premiered the single this week. Vassar’s take on “Postmarked
Birmingham,” a hit he wrote for Blackhawk, is also included on the
project. Click HERE
to download. Numerous hit songwriters collaborated with Vassar on the
album including Ross Copperman, John Rich, Don Sampson, and Charlie
Black to name a few.

“We’re peeling back the music to the core with this album. It’s how
these songs were written and I’m really proud of how it turned out,”
shared Vassar. “We all have a tendency to overproduce things sometimes
and we really made a conscious effort not to on this album.”

2020 marks an important anniversary for Vassar, 20 years since his first
No. 1 single, “Just Another Day in Paradise,” was released. To
celebrate, Vassar is embarking on a very intimate, acoustic tour
entitled  “Stripped Down” (more dates to be added, full list below).

Phil Vassar’s reign of signature songs include 10 No. 1 singles and 26 Top 40 hits, including Carlene, Just Another Day in Paradise, Six-Pack Summer, When I Love You,
and many more. Vassar was racking up hits on the radio long before he
even began his own recording career that has seen the release of nine
albums, two ASCAP Songwriter of the Year trophies, ACM’s Top New Male
Vocalist and sold-out shows across the country. Vassar’s songwriting
career blossomed in the mid-’90s when he landed a publishing contract
with EMI and penned hits for Collin Raye (Little Red Rodeo), Alan
Jackson (Right on the Money), Tim McGraw (My Next Thirty Years, For a
Little While), Jo Dee Messina (Bye Bye, Alright), and Blackhawk
(Postmarked Birmingham). He signed a record deal of his own with Arista
in 1998 and was named ASCAP’s Country Songwriter of the Year in 1999 and
2001. 2019-2020 marks 20 years of hits for Vassar and to celebrate he
is hitting the road playing fan-favorite tunes across the country on his
“Stripped Down” acoustic tour and accompanies a new album of the same
name, available now.