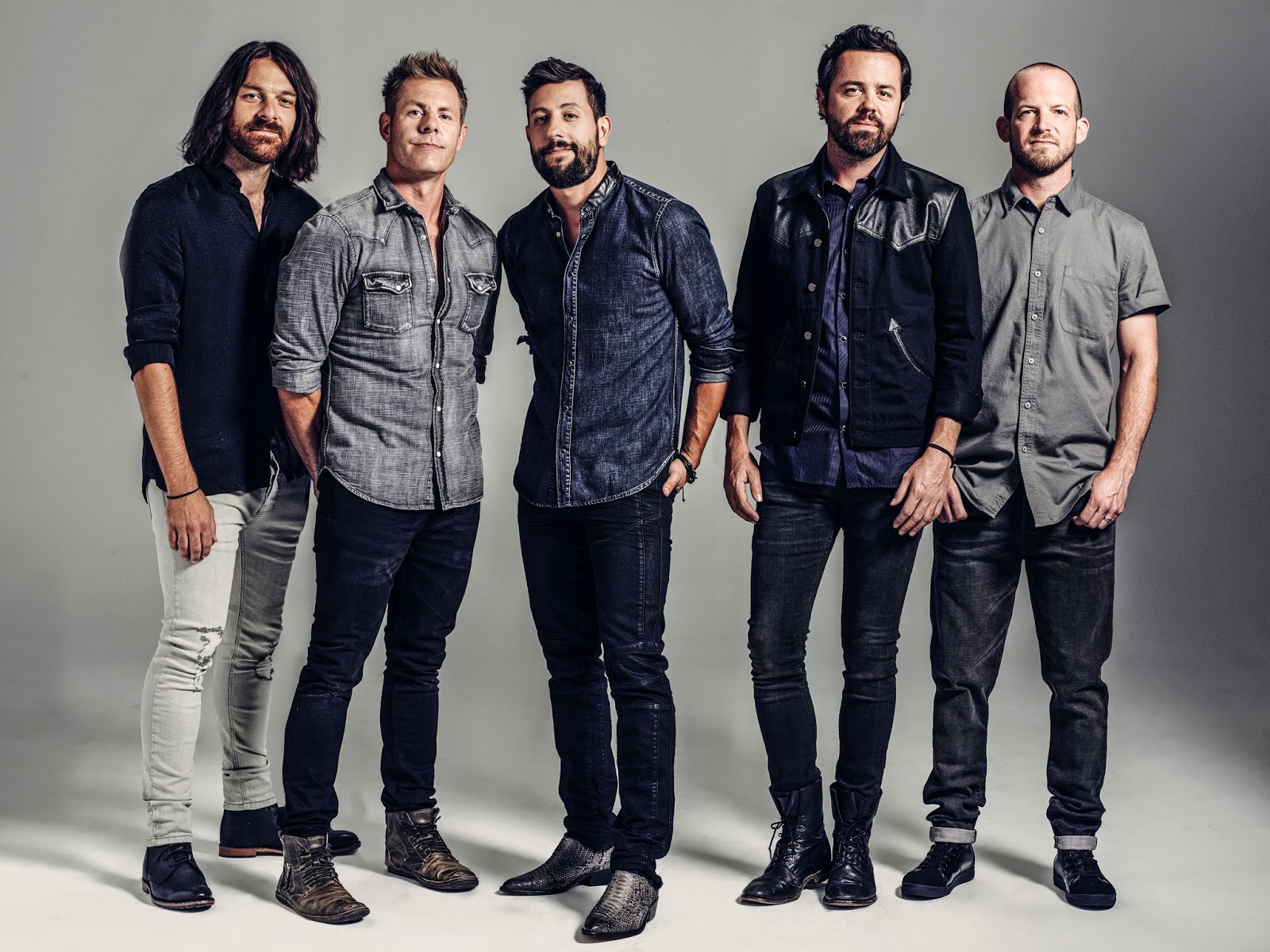 Rising country group to perform two-week No.1 debut single “Break Up With Him” and forthcoming single “Snapback” from Meat and Candy on Today Show, Monday, Dec. 21, 2015
Trevor Rosen, Matthew Ramsey and Brad Tursi are all featured in Billboard’s Top 20 Hot Country Songwriters of the Year
“Snapback” at radio January 18, 2016

NASHVILLE, Tenn. (Wednesday, Dec. 9, 2015) – Old Dominion, “which is helping to usher in a new wave of country” [Billboard], will make their national morning show television debut on NBC’s Today Show
with two performances on Monday, Dec. 21, 2015. The band has been
tapped to perform their two-week No.1 and RIAA Gold-certified debut
smash single, “Break Up With Him” from their new album, Meat and Candy, as well as their highly anticipated follow up single, “Snapback” in the 8 a.m. and 10 a.m. hours, respectively.

“Break Up With Him,” penned by all five members, is the first release from their first full-length album Meat and Candy, which NPR’s Ken Tucker called “both an enjoyable and a calculated album – very clever and very self-conscious” and Entertainment Weekly dubbed a “deceptively smart, occasionally cheeky, stellar debut.” The single topped both the MediaBase and Billboard charts, spending two weeks at No.1 on the Billboard country charts—a feat less than a handful of debut artists have accomplished in the history of the Country format.

“After a year like the one we’ve had it’s only fitting we close it out
with another milestone,” said Ramsey. “The last show we play this year
will be our first major TV appearance, and it will be on The Today Show!
2015 was good to us, and with the reactions we are getting to
“Snapback”,  2016 is gonna be bring. We cannot wait to kick this up to
the next level.”

Upon its release, NPR’s Jewly Hight tapped Meat and Candy, produced by GRAMMY award winner Shane McAnally, for the highly regarded First Listen
program and noted, “the five members of Old Dominion — one of country
music’s few current, self-contained bands — write clever songs, work in
various combinations and sometimes with outside collaborators, flesh out
their own taut and tuneful arrangements, and attack their parts with
playful precision.”

Old Dominion will perform more than 170 dates in 2015, with upcoming
sold out performances in Boston, Mass., Hoboken, N.J. and two sold out
shows at Joe’s Pub in N.Y. And earlier this week, Country Radio Seminar
announced that Old Dominion has been slated for a coveted performance
slot in the sold out 2016 CRS New Faces show.

They will kick of their 2016 Meat and Candy Tour on Jan. 14 in
Nashville, Tenn. at Marathon Music Works. The club tour has already sold
out several dates, including the Feb. 11 stop at Chicago’s Joe’s on
Weed. The show sold out in just six minutes, going on sale only days
after their Nov. 19 sold out performance at the same venue that Yahoo Music streamed live nationally.

On April 21, Old Dominion will rejoin Kenny Chesney for his highly anticipated Spread The Love Tour, which kicks off at Jordan Hare Stadium in Auburn, Ala. and they will become the first band to ever perform in the venue.