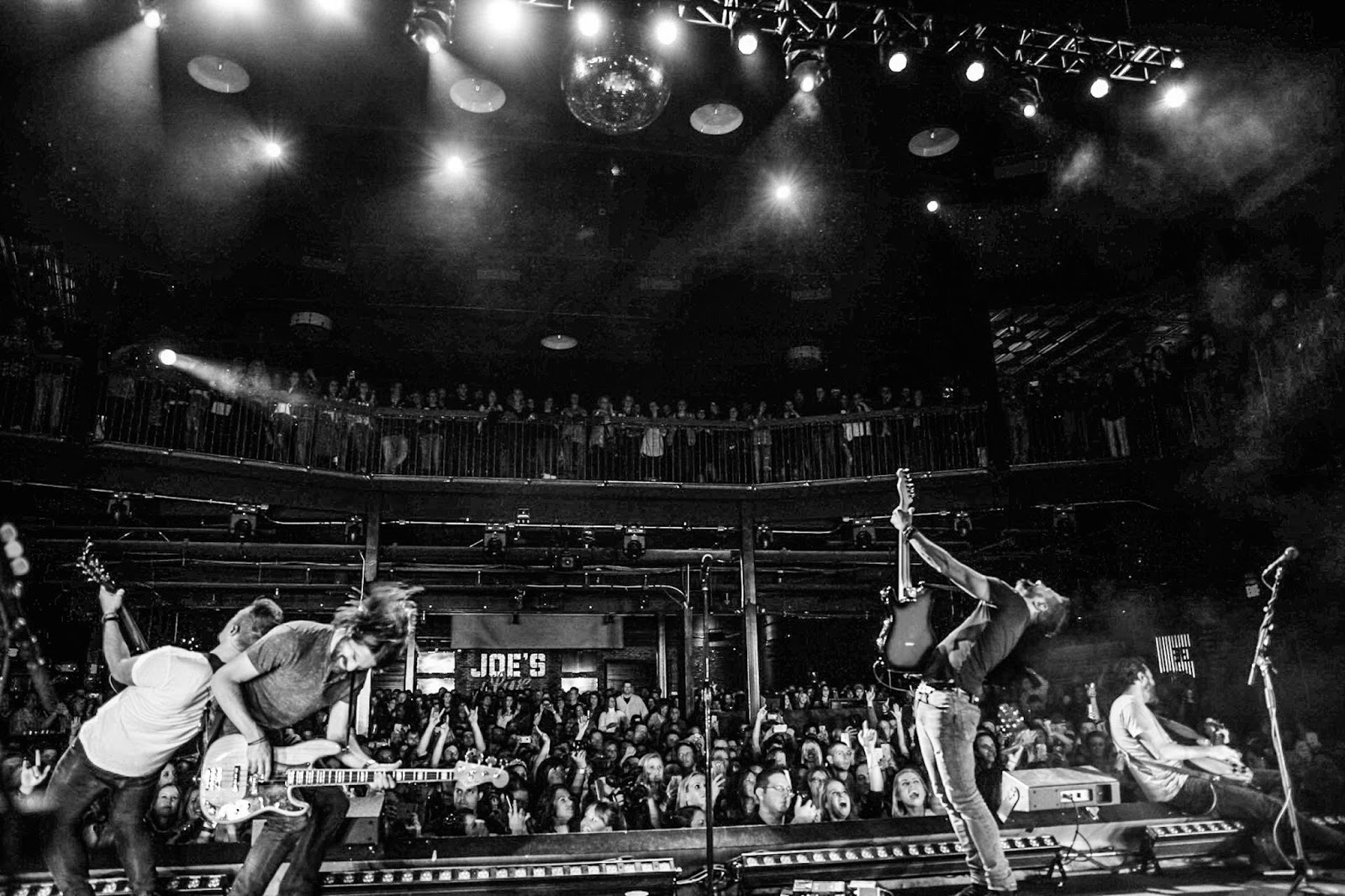 “Song For Another Time”

Charges Into the Top 5 & Climbing

NASHVILLE,
Tenn. – Old Dominion, the five-piece band who has toured more than
150 dates in 2016 with 14 shows to go, spent the last week with
9,850 fans, packing houses throughout the country with five
consecutive sold-out shows. The band ended the string of headlining
performances with two nights at Joe’s Live Rosemont (Saturday, Nov. 19
and Sunday, Nov. 20), just eight months after becoming the first act to
sell out Joe’s Live Rosemont on March 1, 2016. Performing to a full
house two nights in a row at Joe’s Live Rosemont is special for Old
Dominion, as Chicago was the first major market the band sold out in
2014 at the venue’s sister location, Joe’s on Weed.

“We spent so many years wondering if anyone at all would show up to our
shows,” said Old Dominion’s lead singer, Matthew Ramsey. “So, when we
step out on the stage and see the people that are coming out to the Meat and Candy Tour,
it’s a shock every time. The fact that these shows keep selling out too
– it’s really shaping up to be a tour that we will never forget. What a
way to end an incredible year for us.”

With
eight No.1s between the band of songwriters, most recently “I Met A
Girl” (William Michael Morgan) and “Make You Miss Me” (Sam Hunt), Old
Dominion’s current single “Song For Another Time” is at No. 4 on the Billboard and Mediabase charts. The song, which People calls “their most charming, and certainly their most unique [single], yet,” is the third from their debut album Meat and Candy, following the two-week No.1 smash “Break Up With Him” and RIAA-certified GOLD follow-up hit, “Snapback.”

After a few days off for Thanksgiving spent with family, the “songwriter-driven, road-tested” (HITS DAILY DOUBLE)
band will hit the road again for the last leg of their first ever
headlining tour. The band will play nine sold-out shows in December,
with stops in Los Angeles, Seattle, San Francisco and more. In spring
2017, Old Dominion will join Miranda Lambert’s Highway Vagabond Tour.

About Old Dominion:
Proving that they are not your average country band, Old Dominion blend
old-fashioned country charm, lyrical wit and rock n’ roll grit into
radio-friendly hook-heavy pop nuggets. Old Dominion has emerged as one
of the hottest breaking bands in country music, fusing clever lyrics and
an infectious sound. The band released their first full-length album Meat and Candy, which Entertainment Weekly called
a “deceptively smart, occasionally cheeky, stellar debut.” Old Dominion
released their PLATINUM two-week No.1 “Break Up With Him” and
RIAA-certified GOLD hit “Snapback” prior to their third single “Song For
Another Time,” which is Top 5 and climbing. They spent their summer on
Kenny Chesney’s Spread The Love Tour and are now headlining their Meat and Candy Fall Tour, with 15 of the dates tapped as Stagecoach Spotlight: Old Dominion Meat and Candy Tour;
the first-ever tour produced by the award-winning Stagecoach Music
Festival. Spring 2017, Old Dominion will join Miranda Lambert on her Highway Vagabond Tour. This
year, the band has been named ACM New Group of the Year, ACCA
Breakthrough Group of the Year, AIMP Songwriter-Artist of the Year and
Music Row Breakthrough Artist of the Year. Old Dominion consists of lead
singer Matthew Ramsey, lead guitarist Brad Tursi, multi-instrumentalist
Trevor Rosen, bassist Geoff Sprung and drummer Whit Sellers.