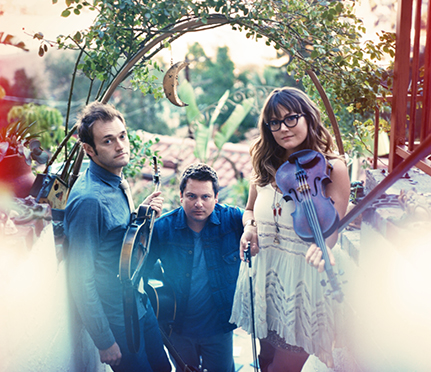 
Grey Fox Bluegrass Festival:
A Who’s Who of Bluegrass Music
in the Catskill Mountains

Oak Hill, New York:  Any acoustic music fan would jump at the chance to see Nickel Creek, Del McCoury, Carolina Chocolate Drops, The Gibson Brothers, and Tim O’Brien
at one festival. The rest of the lineup could slack off after that. But
Grey Fox Bluegrass Festival never slacks. Instead it brings a veritable
Who’s Who of Bluegrass—plus its roots and branches—to New York’s
Catskill Mountains every July. This year’s award-winning four-day
festival will run Thursday, July 17 through Sunday, July 20 on the Walsh
Farm in Oak Hill, New York.

The 2014 all-star lineup boasts more than forty bands,
dozens of Grammy, IBMA, and Americana Music Award winners, perennial
favorites and hot new talent on six stages. Grey Fox seeks to please
die-hard fans who have attended the event for years while reaching out
to new audiences. Thousands of fans from thirty-some states and about a
dozen countries will make their annual pilgrimage to see bands they
already know and love, and to be captivated by artists appearing for the
first time at Grey Fox.
VIDEO: Nickel Creek ~ The Tonight Show with Jimmy Fallon
http://www.nbc.com/the-tonight-show/segments/3756

The festival’s commitment to introducing new young talent to its
enthusiastic fans is proven each year in the form of the Grey Fox
Emerging Artist Showcase. Two crowd-pleasers who showcased last year
have been selected to play the Main Stage this year. They are the Lonely Heartstring Band (who met while students at Berklee College of Music) and Mama Corn, from central Pennsylvania. This year’s showcase bands are Mala & FyrMoon (Switzerland); Red June (NC); Cold Chocolate (MA); Caribou Mountain Collective (CO); The Zolla Boys (CT); and three bands representing Berklee College of Music: High Rock Mountain, Twisted Pine and Ellie Buckland & Isa Burke.

The Who’s Who roster intentionally ranges in style from
traditional bluegrass and old-time to contemporary bluegrass, newgrass,
world-beat, and music that simply defies labeling.

Grey Fox Bluegrass Festival
is one of America’s most beloved and highly respected bluegrass music
festivals. It historically brings people from all over the world to
enjoy the outstanding lineup of talent offered each year. Once a year,
almost like magic, a community of tents and RVs, vendors, volunteers and
artists appears in a farmer’s field in Oak Hill, NY about 30 miles
southwest of Albany. For four days each July, it is home to thousands of
bluegrass and roots music fans from as far away as Great Britain,
France, Italy, Spain, Norway, Sweden, Russia, the Czech Republic,
Australia, New Zealand and Japan. 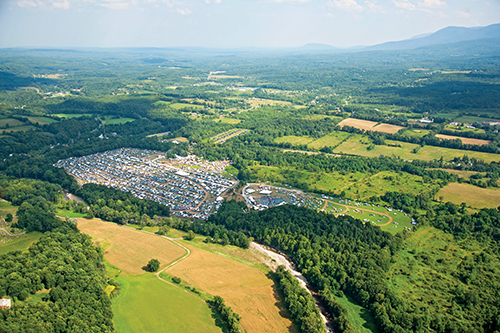 While about a quarter of the attendees are day visitors, the
majority of Grey Fox fans come to camp, enjoy the summer weather, hear
their favorite bands, discover new artists, meet new and old friends —
and when the time is right they tune up their guitars, mandolins,
banjos, fiddles and basses and jam until they drop.

Discover bluegrass this summer in the beautiful Catskill Mountains. You might just wonder where you’ve been all your life!

Tickets: Full festival tickets (age 13 and up)
include camping and all festival concerts, workshops and dances. Kids 12
and under free with ticketed adult. Day tickets are available for
Thursday, Friday, Saturday and Sunday (camping not included). Call
888.946.8495 or visit www.greyfoxbluegrass.com