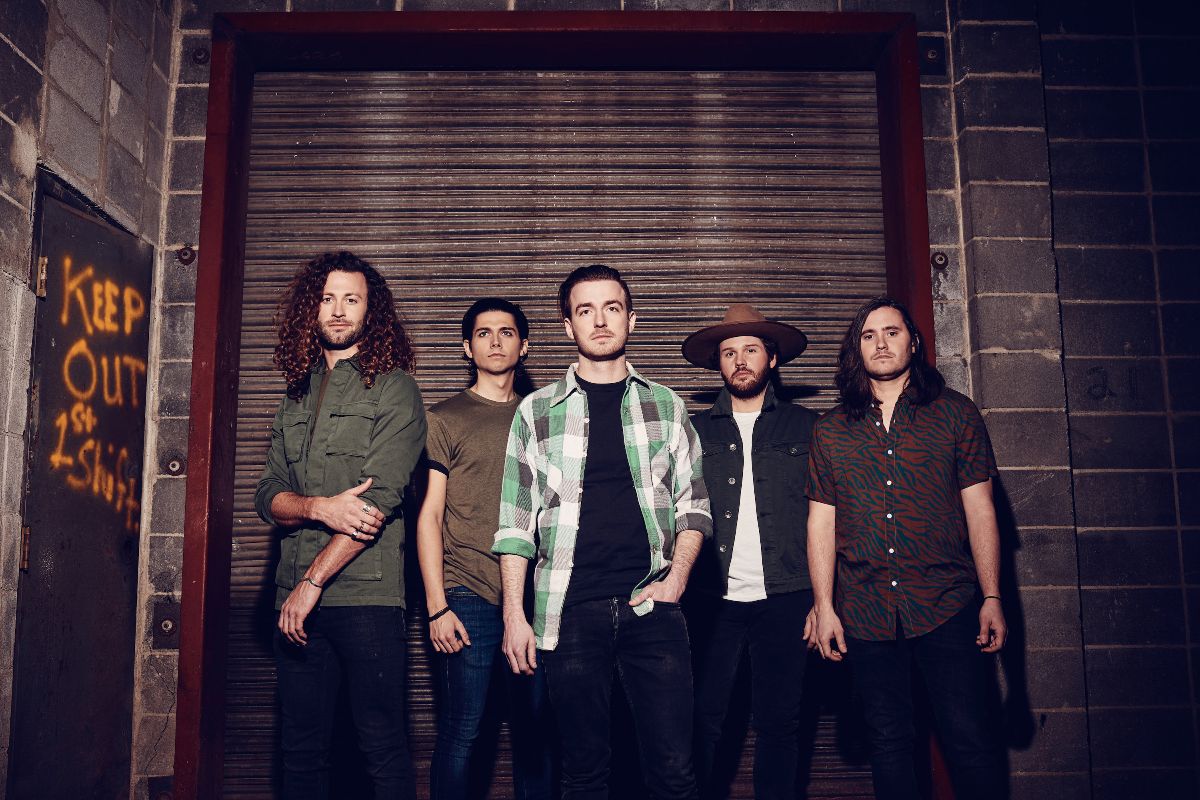 Double-PLATINUM Country band and Arista
Nashville hit makers LANCO return with a blast of rafter-shaking energy
today, dropping the fist-pumping, outsiders anthem “Rival.” A rowdy,
other-side-of-the-tracks tribute to forgetting the haters and standing
your ground, “Rival” represents “the next step” in LANCO’s evolution and
the first taste of the chart-topping band’s upcoming second album. Fans
can listen to “Rival” at all digital retailers here.

Pounding beats and organic undertones create a unique, tough as nails
sonic mix, while anthemic gang vocals join quirky electro-country
flourishes, banjo and guitar shredding. Produced once again by Jay Joyce
(Eric Church, Brothers Osborne), frontman Brandon Lancaster and drummer
Tripp Howell teamed up for the co-write. It was built from an
off-kilter groove that Howell took to Lancaster after a show one night.
The two instantly wrote the track on the back of their tour bus, and it
continued to find life with the rest of the band as they worked it up
during soundcheck in the following days.

“There’s so much pressure to be like someone else or to live up to some
outside expectation, especially with social media and how perfect it
makes everything look,” explains Lancaster. “We wrote this song from the
perspective of no matter where you come from, be proud of who you are
and the way you’re creating your own path. And if anyone doesn’t like
it, just chalk them up as a rival and keep doing your thing.”

“We realized that everyone has faced something they have to stand up
against. It isn’t about fitting into any mold, it’s about sticking up
for what you believe in and having that crew of friends around that will
always have your back,” Howell adds. “That’s definitely a big part of
our story. We didn’t know anything or anyone when we started out trying
to break into this business, and I think that underdog mentality really
drove us in the beginning.”

As “the band continues to cultivate an identity as expert showmen” (Rolling Stone), they have already road-tested “Rival” at arenas across the country. To watch the immediate fan reaction, click here: https://bit.ly/2TW6jbR

LANCO has paved the course for critical
acclaim with the success of their 2x PLATINUM single “Greatest Love
Story” which became a multi-week chart topper. Following the release of
their No. One selling debut album HALLELUJAH NIGHTS, both moments were
historical in Country music as Lancaster became the first artist in 10
years to have a No. One on the chart solely written by that artist,
while LANCO served as the first Country group in a decade to appear at
the top of the Billboard Country albums chart with a debut album. As it
now boasts over 426 million streams, LANCO has “won admirers among its
peers” (Billboard) earning nominations from the ACM, CMT, CMA, AMA, and iHeart Awards, while Lancaster became the first member of a group to ever win NSAI’s
“Songwriter/Artist of the Year.” They recently wrapped first-ever
headlining HALLELUJAH NIGHTS TOUR to capacity crowds throughout the
country and currently serve as direct support for Luke Combs’ “BEER
NEVER BROKE MY HEART TOUR.” Fans can connect with LANCO on Facebook, Instagram and Twitter. For more information, visit www.lancomusic.com.