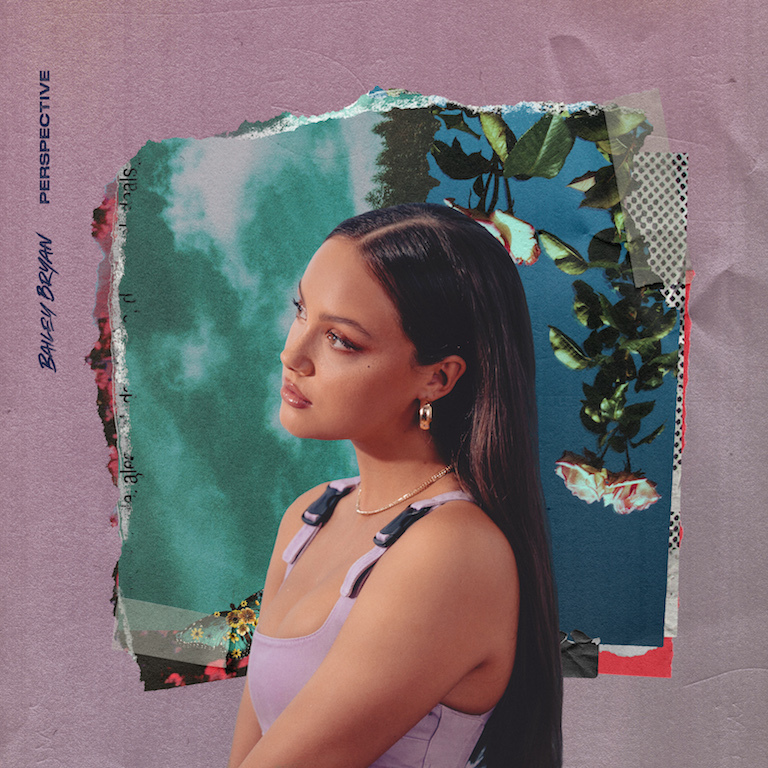 300 Entertainment’s Bailey Bryan revealed she will share more new music with fans, setting her anticipated PERSPECTIVE EP to release next Friday, October 11 and available for pre-order now.
The five-song collection sees Bryan embracing a technicolor pop
landscape as she co-wrote each song on the impending project.
“Perspective” includes the “soaring” (Refinery 29) track
“Songbird” as well as the title song “Perspective” as it was written in
its original demo form and the foundation of the whole project,
showcasing Bryan’s many musical influences. Rolling Stone premiered the new version of the track today as early champions of the song, praising the “pulsing” track for “doubling down on pop hooks and a percussive pulse.”

“Now
that I’ve gone through [releasing an EP before], I know what I like. So
it was important for me to find a producer who was going to be okay
with me being in the studio 24/7, and sharing how each song sounded in
my head,” Bryan explains. Post Malone and SZA served as metaphorical
North Stars throughout the recording process for Bryan and producer
Clint Lagerberg, as did former indie rockers-gone-big league-band Arcade
Fire. Together, they culled Bryan’s favorite musical moments—“I’d
reference a drum sound in a hip-hop song, and then a guitar sound in a
Fleetwood Mac song”—and weave them behind her words.

Each
razor-sharp song on the collection is a testament to this open line
of creativity. “Where We Started” yearns for respite from an ongoing
relationship rough patch, she embraces warm acoustics, sweeping
atmospherics and even cityscape sound recordings. The swirling,
synth-laden kiss-off “Watered Down” delivers Bryan’s most
self-actualized statement yet. “You get a lot of people telling you
things like, ‘You’re great. What you do is cool—but the way to make it
work would be to tone yourself down,” she explains. The song refuses
that suggestion. Fittingly, the collection closes with the chugging
anthem “Pressure.”

“‘Pressure’
really sums up my last couple of years,” she says. “There’s this weight
on us—when you’re scrolling through social media or talking to your
parents or comparing yourself to your friends—to know exactly who you
are and to present yourself as if you’re having the time of your life.
I’m trying to allow myself the space to experiment, whether it’s the
sound of my music or the things I wear, to figure out who I am and how
to be true to me.”

Bailey Bryan burst onto the scene with her instantaneous 2017 debut So Far. The four-song collection heralded immediate critical acclaim and landed her on Rolling Stone and Entertainment Weekly’s “Artist You Need To Know” lists, as the Billboard “Chartbreaker” turned heads for her “rich songwriting” (New York Times) and
infectious sound. The Washington State native has played for live
audiences across The U.S and Europe, as well as slots on major festival
lineups and more. To follow updates on new music and tour dates, visit www.baileybryan.com.