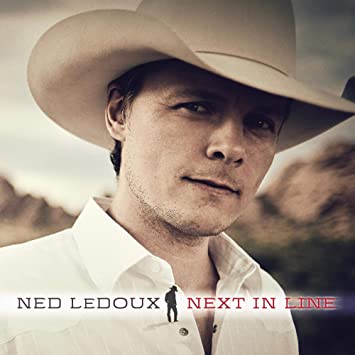 One of the most incredible things about great music is that it has the ability to take the listener to a place they’d rather be. A compelling song can carry someone back in time to a treasured memory, or transport a person to a spectacular western prairie they’ve only visited in their dreams. Ned LeDoux’s music has that kind of power. As a songwriter, he has a knack for bringing people, places and emotions vibrantly to life with his insightful lyrics, and warm, strong voice that makes him sound like a beloved friend you always want to hang out with.

Interview with Ned LeDoux, the son of the late Chris LeDoux.

Cotton: “I hope you are doing well !”

Cotton: “Your show was very fantastic at the Outlaw Saloon in Cheyenne, Wyoming. I was glad to see youWhat do you like about playing in small settings like bars?”

Ned: “I just kinda like the interaction with the crowd. It’s fun to play the big 5,000, 2,000 seat venues you know, but people are so far away. Just for example I opened up for Garth Brooks in Cheyenne during Frontier Days and the place was sold out that night, of course having Garth coming to town there was close to 25,000 people or something, but yeah I’ve always enjoyed playing a bar venue. That’s where I started out doing solo gigs, in little back bars where there’s maybe 100 people there, you know, and the intimacy of it I guess, is something I enjoy.”

Cotton: “What is a favorite song you like to perform live? That’s a tough question. I enjoy playing them all, yeah we’ll take out some songs and put something new in there and rearrange the set and stuff, after the pandemic not playing hardly anything to finally get back there and play anything everything that we’ve been back doing just glad to do it.”

Cotton: How did the pandemic affect your job?

Ned: “If you could find a silver lining in it I did a lot of song writing and I got a new album coming out because of that, for anyone in the entertainment business it hit us pretty hard. I guess it’s not essential, but we were fortunate to get out and play a handful of dates. Some county fairs, state fairs that were outdoors where people could kind of spread out. But one thing about it, I got to spend more time with my family, being home during the Fourth of July. We’re usually on the road, getting a lot of projects done around the place. There was some good points and then some kind of depressing points, where we’re not out doing what we usually do, so it’s all good.”

Cotton: “So, what about those new songs that are on the album that you worked on last year. Tell me about the song you wrote and what will appear on the new album when it comes out.”

Ned: “I was singing and learning how to play my dad’s stuff, his rodeo songs, yeah I love everything he’s ever done.”

Cotton: “What’s your favorite song out of your dad’s collection?”

Ned: “That’s another hard one to answer, if I had to pick one it would have to be one he wrote definitely Western Skies.

Cotton: That’s a good one …

Cotton: “Is it difficult to establish yourself as an artist while also paying tribute to your dad? Is there a balance to it? What do you think ?

Ned: “I’ve never looked at it like that, being in the shadow like some people said. I know there’s a lot of different artists out there, either their mom or their dad, are famous singers, like Bob Dylan’s son, Charlie Pride’s son. The fact that we grew up hearing music and playing music, it’s bound to rub off on you, and I guess seeing my dad not doubt traveling around and playing music. “I thought I’d like to try that, so I started out playing drums for thirty three years for a bunch of bands including my dad’s, so music has always been a part of my life. I’m pretty fortunate to be living the dream. This is what I’ve always wanted to do, since I was a little kid. I’m a pretty lucky guy.”

Cotton: ”Did your dad teach you how to sing, too?”

Ned: “No he wasn’t around when I started singing, yeah I never got interested in it until a few months after he passed away. When he was around my main focus was being the best drummer I could be for him.”

Cotton: “I think your dad would be super proud of you.”

Cotton: “What do you like about touring and being on the road and doing your dream ? “

Ned: “I love everything about it, the night before we fly out, packing a suitcase and getting prepared, going to the air port. I kinda enjoy hanging out in airports as long as I know we’re going to be leaving soon, no delays or cancellations. Finally reaching that destination and location and seeing my band mates talking about what we did during our break or whatever, traveling together, seeing new places and new faces and old friends and just playing music. It’s kind of a gypsy lifestyle, but man I’m loving every minute of it.”

Cotton: “In Cheyenne you opened for Garth and I know you’ve got a good working Relationship with him and your dad was really close with him, what was it like playing with Garth in Cheyenne this year and also playing ‘Whatcha Gonna do with a Cowboy?’

Ned: “Yeah, Cheyenne Frontier Days this year, the whole day was really special, from the first thing that happened was the unveiling of the statue of  ‘Just Ledoux It,’ a statue right there at the park, and having the whole family there, my family, my wife’s family came up from Kansas and of course having Garth being a part of the whole thing, and then of course being on that giant stage with him, and then he invited me to sing  ‘Whatcha Going to do with a Cowboy’ with him. My dad went out and sang the same song with him, 25 years ago, almost to the day and that was pretty special moment there I was there to watch that. I wasn’t in his band yet, so I was standing off the side of the stage in the wings of the stage to see it. That was really cool. The whole day I was out there just floating around. It was just an amazing day.”

Cotton: “Do you think you would you ever tour with Garth has he ever asked you to do something like that ?”

Ned: “No, we’ve never like gone on tour with him, but that was like the third time we opened for him. The first time was in Nashville probably four years ago, in then we opened for him in Indianapolis at an FFA (Future Farmers of America) Convention   …anytime we get to be included in his team is pretty special.”

Cotton: “So are you friends with him? Does he call you up and go, ‘Hey Ned, how’s your day going?’ No, I don’t think he has my number and I don’t have his, but it seems like anytime we’re in the same room together we’re always telling stories, or he’ll tell stories about dad, or things like that. A lot of times we talk about something totally different then music, and that kind of stuff. How our family is doing and things like that, but his band and crew are some of the best people that you’ll ever come across.”