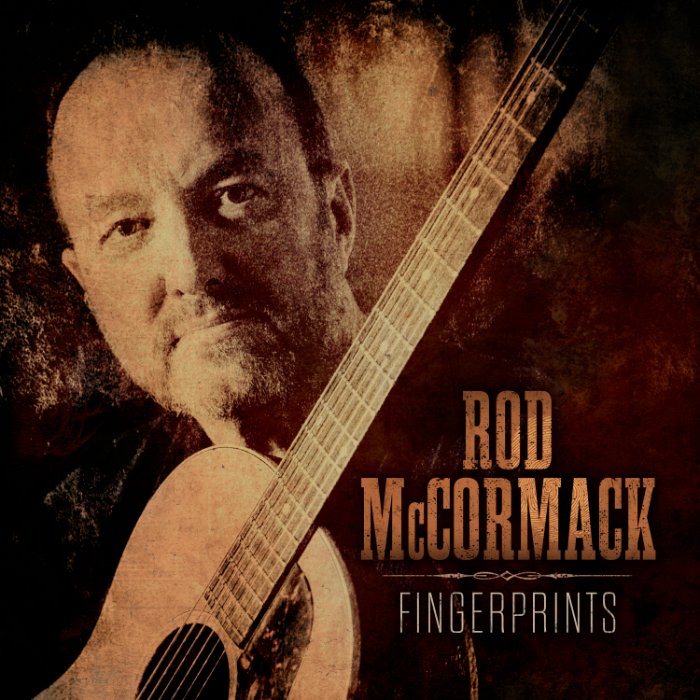 After
years of producing award-winning — often gold or platinum status —
records, for an eclectic mix of artists in pop, country, rock,
electronic and more, Aussie musicianRod McCormackis stepping out front with his debut release, the acousticFingerprints.

WithFingerprints,
McCormack — an in-demand musician who has played with and toured with
the likes of Johnny Cash, Kris Kristofferson, Glen Campbell, Keith
Urban, Trisha Yearwood, Tommy Emmanuel and more, and as a songwriter
written over 400 titles recorded and released by other artists around
the globe (including over 30 number one country hits, theme songs and
soundtracks) — decided it was time to “make something that actually
represents me; I wanted to write songs that show who I am, who I grew up
listening to, music that my kids would be proud of.”

Fingerprintsis schedule for release on September 15 on new Nashville-based label,Sonic Timber. The first single, “Shimmers,” will be released to radio on August 30.

“I
spent years listening to my idols like Tony Rice, New Grass Revival and
so many others,” McCormack says. “The acoustic scene in Australia is a
great thing. We have some incredible festivals and performers but it
feels like most of the writers and players I really admire are in the
United States, so it keeps drawing me here.

“All
of these people influenced me in so many ways, you can’t help but learn
when you get to play with these great artists,” he continues.
“Musically, my biggest influences have been Gordon Lightfoot, Tony Rice,
Alison Krauss, New Grass Revival, James Taylor and so many others. I
constantly chase new and old music, searching for things that inspire,
new things to learn and so often that takes me back in time — I might
discover an artist and instantly hear her Joni Mitchell influence, and
that makes me want to playBlue again, which is one of my all-time favorite albums.”

“Here
in Australia I have produced many projects and, over time, I have
developed a method that kinda works for me that helps me figure out who
an artist is musically and what’s important to say, etc.,” he explains.
“But self-producing just felt easy, because really I was trying to make
music that I liked, that made me feel good. I love so much music, so
many different styles, but Fingerprintshad to be an acoustic album because when I cut it right back to the
music that really attracts me, moves me and makes me feel the most
immersed in it — it’s acoustic, bluegrass-tinged with some folk and
story-telling country.

McCormack
had a hand in writing every song on the album, working along with such
top co-writers as John Scott Sherrill, Rory Bourke, Fred Koller, Tomi
Lunsford and McCormack’s wife (and Australian Country SuperStar) Gina
Jeffreys.

“In
1994, Gina (we were songwriting partners back then) was asked to open
for Johnny Cash for his Australian tour,” McCormack recalls. “This
really established her career, which was fantastic, and it was amazing
to spend time with Johnny and June and also Kris Kristofferson. It was
like a nightly lesson in the power of a great song, and what true star
power really is. They were so generous and humble and I fell so lucky
that I had that opportunity.”

Among
McCormack’s many honors include being named CMAA Producer of the Year
in 2004, 2008 and again in 2010. His recording studio, “The Music
Cellar” on the NSW Central Coast, which has hosted the cream of
Australia’s musical talent, bringing to life numerous Gold and Platinum
albums. In 2006 the CMAA awarded McCormack their inaugural “Musician Of
The Year.” A multi-instrumentalist, McCormack plays guitar, banjo,
mandolin, lap steel, piano, hammond and more and in 1985 toured the
American bluegrass circuit, winning the Colorado guitar and banjo
championship, the Tennessee guitar and banjo championship and the West
Virginia banjo championship. He has been both the Australian Guitar and
Banjo champion 3 times each, before becoming a judge of the event. In
recent years McCormack has toured the US and Europe with Grammy
nominated US based The Greencards.